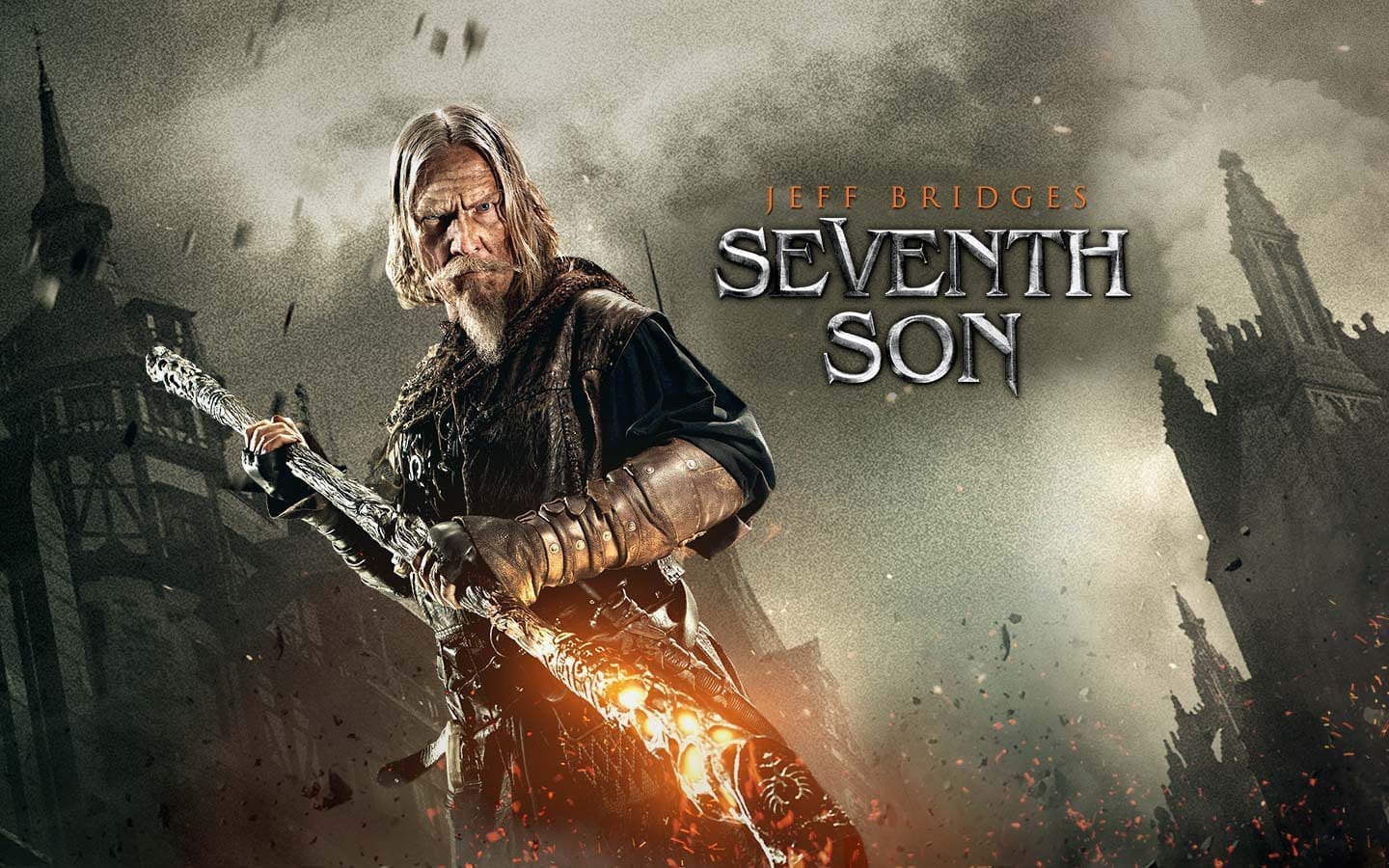 If you’ve seen the trailers for Seventh Son, you know that it’s a film that takes place in a mystical world of magic where dragons, witches and monster roam the land. It feels a bit like the world in Lord of the Rings, with a medieval vibe to everything and an obviously lower production budget. Luckily, Seventh Son doesn’t really take itself seriously all that often. It plays out more like a fairy tale than something with dire consequences such as Lord of the Rings.

Seventh Son stars Jeff Bridges as Master Gregory, the last of the Spooks, who were a group of knights that battled the forces of evil. Gregory sealed Mother Malkin (Julianne Moore) in a prison for a century, but she has now regained her strength and is threatening the world once again. Mother Malkin is essentially the queen of the witches and the main protagonist in the film.

The film leads you to believe that Gregory is a skilled warrior, but he can only have one apprentice at a time for some unknown reason (especially odd considering he’s the last of his kind). His first apprentice, Mr. Bradley, is played by Game of Thrones star, Kit Harington. Unfortunately, this isn’t Jon Snow. He’s a weak man despite having trained with Gregory for the last 10 years. He isn’t in the film very long, but the person who takes his place, Tom Ward (Ben Barnes) just doesn’t feel right in the role. He feels more like Harry Potter if he were suddenly told to fight with various medieval weapons instead of magic. Sure he could probably learn these skills, but it doesn’t mean he’d look right using them.

While the events of the film seem rather convenient, the movie doesn’t take its time. It moves along at a brisk pace, sometimes making you wonder why there’s such a rush. Tom Ward has one week to train with Master Gregory, but given the events of the film it feels as though it would’ve been a far superior story had Tom Ward been the apprentice of 10 years. The fact that he’s a newcomer really has no significant bearing on the story other than to make the audience wonder how he learned everything so quickly.

This is an effects-driven film similar to Harry Potter or Lord of the Rings, but it’s a fun adventure at the same time. Master Gregory is the primary source of humor throughout the movie, with a few choice lines every few minutes to give the audience a chuckle. In addition, the fight sequences are well-choreographed, for the most part. While it’s clear the CG effects aren’t of the same caliber as Lord of the Rings or other big-budget movies in the same vein, they work well for this film.

The best way to think about Seventh Son is that it’s a poor-man’s Lord of the Rings. The world is similar, the characters have enough in common, and the action is there (although not quite on the same level). If this film were released a decade ago, it probably would’ve been better received. As it stands, it’s not a bad movie, but it’s not a film you’ll need to see more than once. In fact, if you rent it in a few months and watch it at home with the family, you’ll probably have an enjoyable night.

Synopsis: Young Thomas is apprenticed to the local Spook to learn to fight evil spirits. His first great challenge comes when the powerful Mother Malkin escapes her confinement while the Spook is away.