Seattle, WA – Emerald City Comicon is a 3 day convention focusing on comic books and pop culture. It took place on March 1st-3rd, 2013. This is a larger convention, featuring 20 celebrity guests as well as over 100 guests from the comic book industry. Many of the celebrity guests had panels focusing on their work and it was incredibly rewarding be able to go see them in person and listen to them talk candidly about their work in the industry. Many attendees cosplayed as their favorite pop culture characters. Fortunately, this event features a costume competition which awards the most brilliant cosplayers for their efforts. This year, internationally renowned cosplayer Yaya Han was a guest judge of their costume competition and she was also a panelist at Emerald City Comicon. She was brilliant and beautiful as always and her presence inspired many dedicated cosplayers, young and old.

This year, Emerald City Comicon presented a gallery with Krab Jab studios and Full Steam Press that was filled with amazing artwork and a machine that was used by the creators of Magic The Gathering to play test their popular trading card game. The gallery featured original works created by Magic the Gathering artists and it gave attendees once in a lifetime opportunities to purchase limited edition prints and original artwork from Magic the Gathering artists. I had the opportunity to see the original artwork of the Black Lotus – a card which sells for anywhere from $400-$6,000 on average depending on the condition of the card. The people who staffed this gallery were also incredibly kind and knowledgeable, which I really appreciated as a convention attendee.

My significant other was able to meet and greet one of his all time favorite web comic artists – Alina Pete! She draws the artwork featured in the popular web comic WereGeek and I have to admit that we spent quite a bit of our time hanging out around her stand buying her merchandise. She doesn’t attend very many conventions in the U.S. but she attends almost all of the Canadian pop culture expos! She is a fantastic artist and we were lucky enough to purchase custom artwork from her for our friend and for ourselves!

We were also able to meet the lead artist and writer of Looking for Group – Lar deSouza (artist) and Ryan Sohmer (writer). We were able to purchase a beautifully made hardcover compilation of their work and get it signed by both the artist and the writer. While the artist and the writer were signing the book, my significant other asked them if their bunny character, named Fel Bunny was inspired by Monty Python. The artist promptly replied and told him that the bunny character was a mistake, and that he wasn’t supposed to be written into the comic. They decided to roll with the bunny character, mostly because the artist likes to draw bunnies. “They’re cute and adorable and fluffy!,” the artist said, candidly.

Fel Bunny photograph courtesy of blindferret.com – this adorable plush is available to purchase on their website!

I went to numerous panels, some of which were moderated by popular news reporters from the Seattle area. My favorite panel, however, was the “Geek & Sundry Panel of Awesome” which wasn’t moderated by any local reporters. Felicia Day and Wil Wheaton moderated that panel and it was amazing to be able to go to Felicia and personally ask her a question, which she answered incredibly well! I’m still a bit star struck over the experience, and whenever my friends bring up their convention experiences I can’t help but tell them that I was 15 feet away from Wil Wheaton and Felicia Day.

I was able to go see “An Angel Walks Among Us : Misha Collins” and Misha was incredibly funny! He handled fan questions, some of which were slightly inappropriate, very well. In most of the conventions he goes to he is always asked about whether he is aware that the Westboro Baptist Church is making notions that he is the Anti Christ. In his answer for Emerald City ComiCon 2013 he made it seem like he didn’t know anything about the notions that he was the Anti Christ. I feel like his answer to that question shaped the rest of his answers to be hilarious and slightly off-kilter, which is definitely something you’d expect from Misha Collins.

I also went to see “Christopher Lloyd – Generating 1.21 Gigawatts of Excitement” and that panel was absolutely hilarious! Though there were signs of slight forgetfulness in the way that Christopher Lloyd answered the questions that were given to him, he managed to pull memories from all of the films and games that he has worked on in order to answer the specific questions things that he did not remember. The way he phrased the answers to his questions was also incredibly eloquent, and I definitely appreciate him for working so hard and so frequently in his industry. Seeing him in person was definitely an experience that I will always remember.

Overall, this is an incredibly well put together convention with excellent programming and guests that everyone can appreciate! The only downfall of this convention is its line to get preregistered badges – it spanned over a mile, looping throughout the convention center and around a city block in Seattle. It took me 2 hours to get my badge, but I’m sure the wait was longer for others. After you get through the line, though, the rest of this convention is organized incredibly well and it is incredibly well staffed. The volunteers, fondly known as minions are some of the most friendly convention volunteers that I have met and they definitely helped my boyfriend and I navigate our way through the convention center. We loved Emerald City Comicon, and we can’t wait to attend this event next year!

If you’d like to experience this convention for yourself, there is complete recordings of the most popular panels available for you to watch in HD! The subscription fee is $14.95 for access to the full 2013 archives and it is definitely worth it if you are a fan of popular culture! If you’d like to experience this convention live, the dates for next year are March 28-30, 2014. This convention can only get better! Save these dates for next year, we hope to see you at Emerald City Comicon 2014! 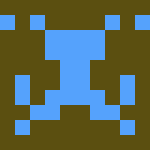