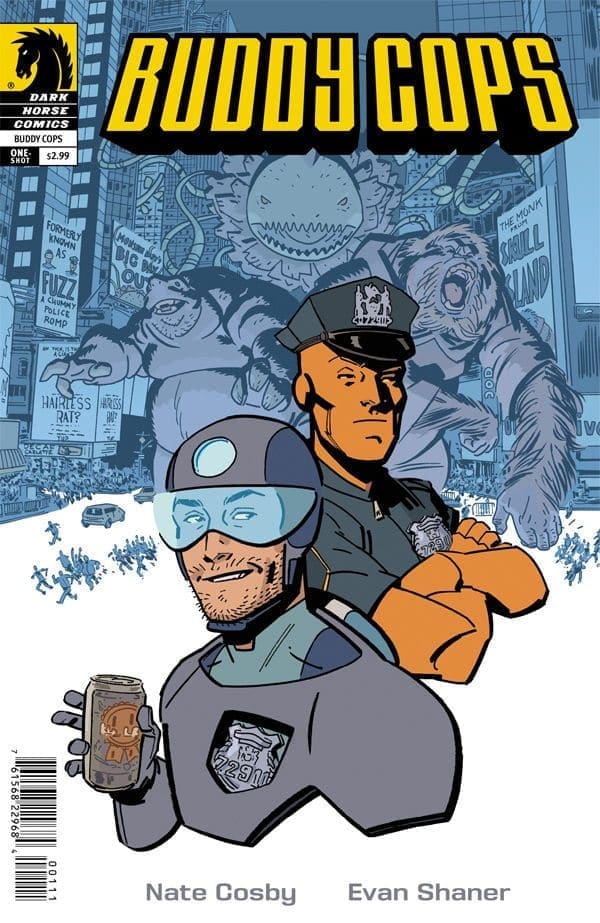 Some comic books might be a great jumping on point, others are one-and-done stories, or some are just worth the price of admission alone.

This week, Matt Fraction‘s HAWKGUY (Hawkeye) first trade paperback hits shelves and I highly suggest picking up, Paul Cornell comes back to Marvel comics, after spending many year’s over at DC Comics, and debuts Wolverine #1 with Alan Davis (rad!), Brian Wood continues to kick-ass in Star Wars #3, and lastly, Mike Mignola‘s version of Marvel’s Iron Man, Sledgehammer 44 #1 hits shelves this week ( in which the cover is beautiful drawn by him). [Honorable Mention] Hawkeye, Vol. 1 My Life As A Weapon TP

Fraction. Aja. Hawkeye. Kate Bishop. Cars. Guns. And videotape. The breakout star of this summer’s blockbuster Avengers film, Clint Barton – a.k.a. the self-made hero Hawkeye – fights for justice…and good rooftop BBQs! And with ex-Young Avenger Kate Bishop by his side, he’s out to get some downtime from being one of Earth’s Mightiest Heroes!

Matt Fraction and David Aja (IMMORTAL IRON FIST) reunite to tell the ongoing tales of the Arrow-Avenger. Barton and Bishop mean double the Hawkeye and double the trouble! Plus: Relive Kate’s first meeting with Clint, as she learns wanting something can be miles away from actually earning it. Princess Leia formed a secret squadron of stealth X-wings to help expose a spy within the Rebel ranks. But taking command puts her at odds with Luke Skywalker at a time they need solidarity more than ever-especially when the spy has alerted the Empire to Han Solo’s latest venture! August 1944: a man in a suit of iron armor drops from an American warplane onto a French battlefield, where he attempts to fight his way through an army of Nazis and the massive war machine they keep protected in an armory.

“Mike Mignola’s vast world of Hellboy, the B.P.R.D. and other characters have taken on a life of their own.” -USA Today Todd’s new prison mentor metes out some ugly justice on the convict that stole Todd’s stuff. Meanwhile, Chief Hargrave stumbles into the clutches of the Maniac Killer; Todd’s mother tries to raise bail money the old-fashioned way; and Todd’s dad learns there’s a dark side to his celebrity crush. Ezekiel has a tiger.

In the wake of unspeakable tragedy, Batman is in danger of losing his humanity!

Fan-favorite character Harper Row returns-will she be able to pull Batman back from the brink?

You dare not miss this issue! It’s the BATMAN AND ROBIN story of the year!

For years the heroes of the Marvel Universe have lived in fear that the artificial intelligence known as Ultron would one day evolve to fulfill its desire to wipe out all organic life and take over the Earth — that day has arrived.

From PAUL SCHEER and NICK GIOVANNETTI, the comedic minds that brought you ADULT SWIM’S NTSF:SD:SUV::!

Set in the not so distant future, a group of SPACE-EX employees spend their days doing what they always do: getting sent all over the universe to mindlessly load and unload cargo bays.

In the hierarchy of cool space jobs, these guys are on the bottom rung. Their only relief is playing WARFIGHTER, a massive multi-player online game, against punk-ass children from back home and seeing if there’s anything good to eat in the mess hall. That is, until, they have to deliver a package marked ‘classified’ to a planet more dangerous than they’ve ever faced before. The rag-tag team of slackers, malcontents, and gamers have to put all their skills (or lack-there-of) to good use simply to stay alive.

@dweebofthedead Thanks, I bet ours has the most Dick Jokes

The best there is at what he does gets an all-new on-going! Pay attention very closely: there’s a mystery here that even Wolverine hasn’t sniffed out yet. When Wolverine finds himself the bargaining chip in a hostage situation, he must make a decision to save a little boy who will follow him forever. . . literally!

How can a berserker fight what he can’t see? And how far will he go to assert his humanity in the face of the Unknown? EXPLOSIONS! MONSTERS! BEER! Dark Horse proudly(ish) presents Buddy Cops, the classic tale of a demoted space cop and a 1970s android that hate each other and beat up evil things. Get ready to enjoy the laugh-inducing odd couple of Uranus and T.A.Z.E.R. as they take on gigantic orangutan and vegetation beasts while debating the sexualization of toasters! MONSTERSWAT!

Chuckie is blogger for fine sites such as Geek News Network and Comic Book Therapy. Burrito enthusiast would be the best way to describe Chuckie. Follow him on twitter @dweebofthedead to read just how much he loves Batman, kind of like a man-crush, but not really.

Marvel Shoots VADER DOWN for Cross Over Event!