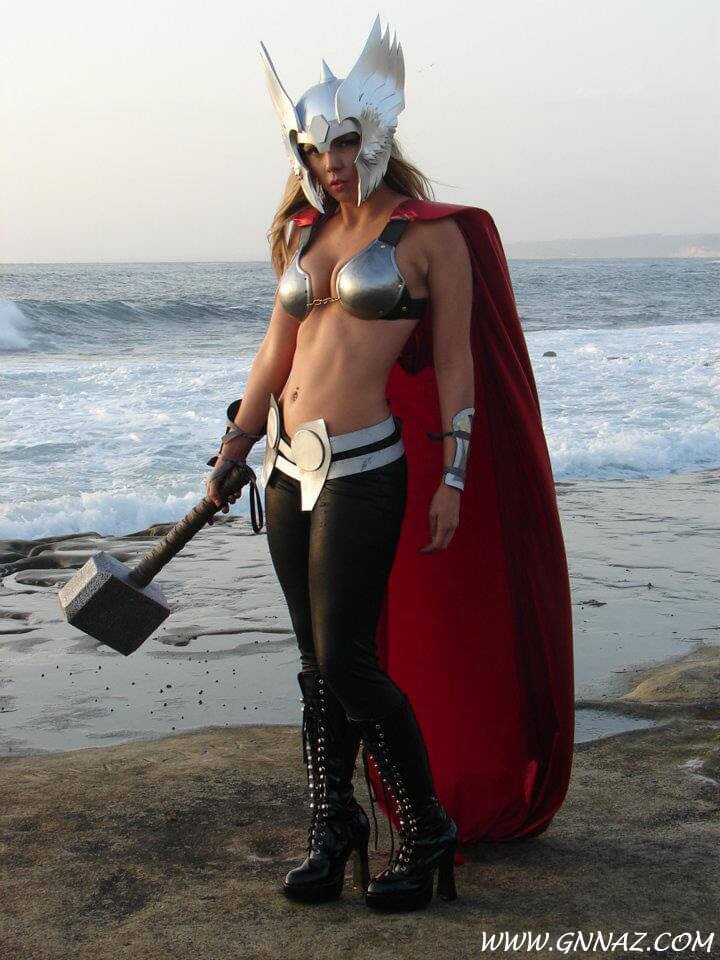 La Jolla, CA – If visiting San Diego wasn’t enough of a vacation, I had the extreme pleasure of attending a photoshoot with the lovely Toni Darling. The pictures taken were from a simple point and shoot camera with no editing. She portrayed the female version of Thor. Check out more photos in the near future by C.A.S. Photography which was the main photographer on set. Enjoy!

Toni Darling: Although relatively new to the area hailing from the Empire State, she busted into the scene at the Zombie Bikini Contest in downtown Mesa. Without any fear, she dressed up as a cowgirl zombie and with that fearlessness; she has paved a path of her own in the local geek community. From Amazing Arizona Con to WonderCon, VulCon to the Phoenix Film Festival, you probably caught a glimpse of this striking beauty reporting for local video blog Geekssociated Press holding her own to the likes of Robert Kirkman and Tom Sizemore. And don’t let that beauty fool you, she can hold her own in geek conversation as well. Contributing to Brian Augustyn’s The Comic Book Insider show every week at Gotham City Comics, she provides academic insight and logic to what would be just pure fanboy drivel (Spock, eat your heart out). And if that wasn’t enough, she also promotes Kipsworld, Knightingail comics, and Dust Tactics, through Cosplay (Lady Thor!!). Ambition doesn’t even begin to describe what else she has in store for the community! Check out her Facebook fan page here!!