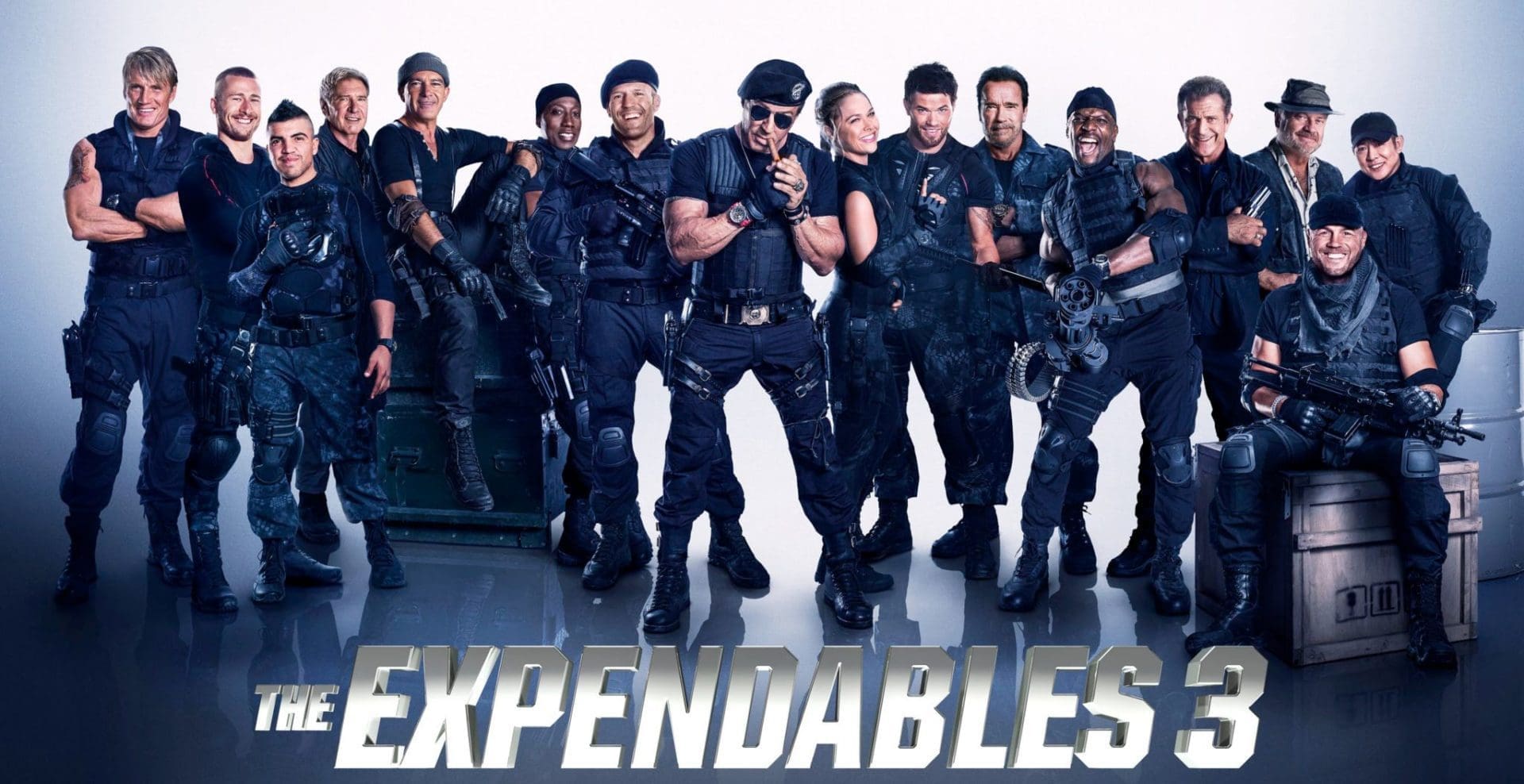 Another year and another Expendables movie is produced to showcase and provide employment to most of our favorite action stars of yesteryear.  All the main points of interest are here including a recognizable villain and some new faces to add into the mix.  The franchise is starting to look like a paint-by-numbers set piece for all these characters to add their personal charisma to the dialogue while bad guys get blown away indiscriminately.  While this concept of paying homage to action movies is intentionally formulaic, the only real saving grace of sitting through a rehash of a sequel is bringing in fresh blood for us to get to know and seeing what skill they can provide for our entertainment.

In The Expendables 3, directed by Patrick Hughes, Barney Ross and Lee Christmas (Sylvester Stallone and Jason Statham), along with a few other members of this elite team, are on a mission to rescue another former member in a country of no particular importance.  After a botched mission to assassinate a target named Stonebanks (Mel Gibson), Barney decides that he doesn’t want his aging team out in the field anymore; and let’s them go.  A government operative named Drummer (Harrison Ford), who replaces Church (Bruce Willis), informs Barney that he has one more chance to take out the target.  Barney sets out to recruit a new team with the help of Bonaparte (Kelsey Grammer), a trusty scouting agent for mercenaries.  With his help we meet Thorn (Glen Powell), Mars (Victor Ortiz), Smilee (Kellan Lutz), and Luna (Ronda Rousey).  I could explain their very brief backstories, but let’s just say they all have a unique style of badass that comes in handy later.  The only real different part of this plot is the target needs to be taken alive in order to stand trial for war crimes.

The story is nothing particularly special, but the actors have fun with the script.  Wesley Snipes, who plays Doc, has a quirky spark to his personality and shows he can still play these types of roles easily.  He knows his way around a blade which provides a playful rivalry with Christmas.  Some older characters such as Trench (Arnold Schwarzenegger) and Yin Yang (Jet Li) have much smaller roles this time around, but still get to kill some enemies and take care of their one-liner quota.  In fact every character gets enough screen time, for the most part.  The one that really stood out is Galgo (Antonio Banderas).  Someone whose enthusiasm for this kind of work rivals Dolph Lundgren’s character Gunner.  Galgo does at times wake you up from this been there, done that premise with his non-stop storytelling and spontaneous remarks.

The movie definitely has its share of violence and mayhem, but it does sometimes seem the decision to go PG-13 instead of R may have hindered that previously successful portrayal of old-school action.  The second movie was directed by Simon West who also worked on the film Con Air.  He had a better idea of how to orchestrate action sequences.  In this movie there is less structure to the final battle and so each character’s moment in the sun seems more like an excuse to show off their moves than actually enhance the story.  Once the last showdown comes around, you don’t really care much cause the inherent threat doesn’t feel real.  The façade of danger crumbles at this point.  Suddenly relying on the predictable isn’t so good anymore.

While I have problems with the story, I can’t complain that much because the actors do have fun on-screen; and that’s where it works.  The body count is as high as ever and the over-the-top explosions are once again checked off the cinematic to-do list.  I didn’t think the newer, younger team was a necessary or worthwhile plot device, but they hold their own and now we have an even bigger roster of mercenaries to choose from next time.  Mel Gibson does a good, maniacal villain, similar to his character in Machete Kills.  Wesley Snipes and Antonio Banderas are terrific additions who I look forward to seeing again as well, but only if they can figure out something creative to do with all this talent.  Fourth times a charm.

Synopsis: Barney augments his team with new blood for a personal battle: to take down Conrad Stonebanks, the Expendables co-founder and notorious arms trader who is hell bent on wiping out Barney and every single one of his associates.