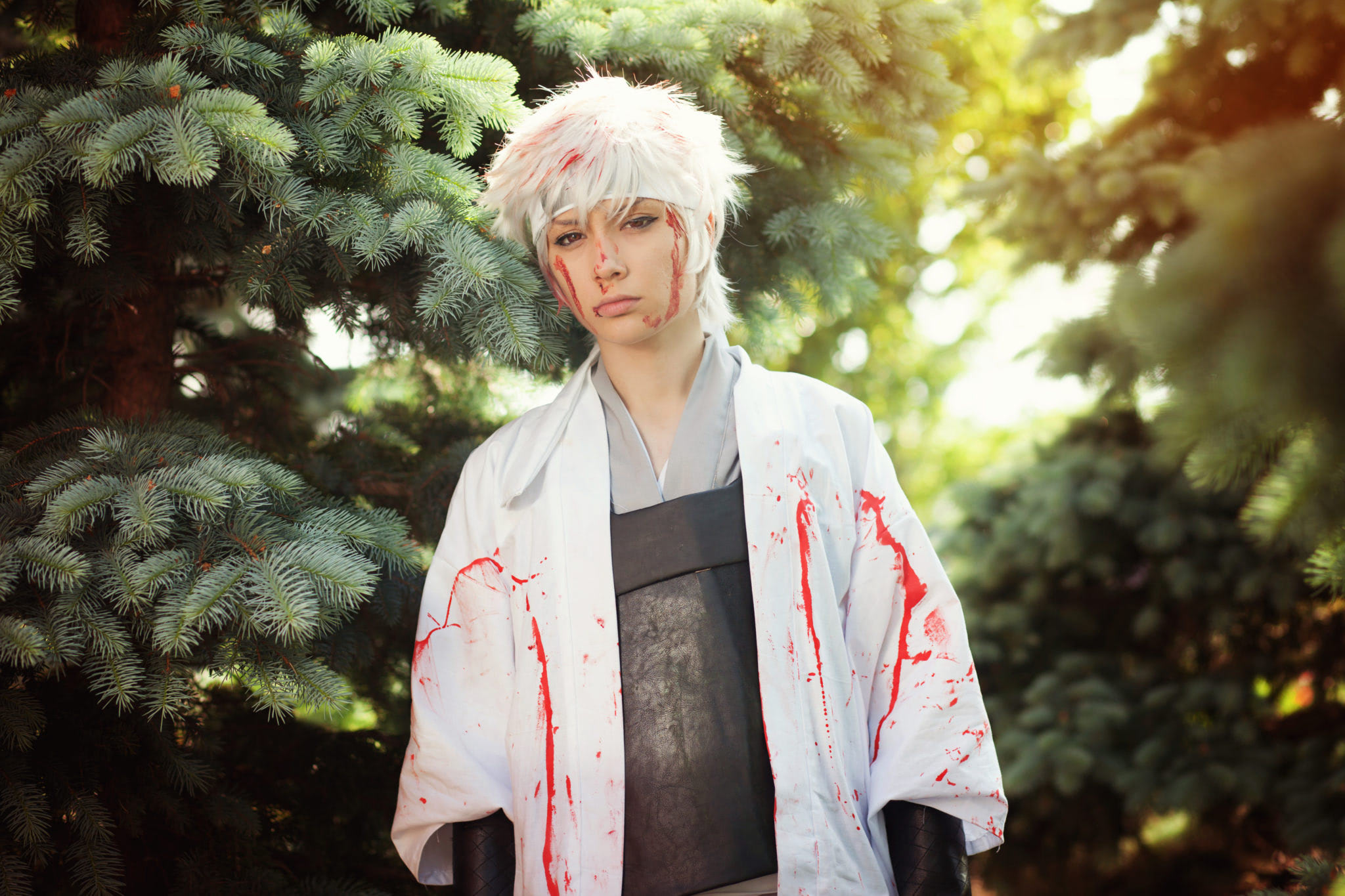 Whenever we look at cosplayers, we are constantly amazed by their passion and drive when it comes to transforming themselves into their favorite characters. For me, personally, I’m always most impressed by a cosplayer’s makeup skills and wig styling. That’s why I absolutely had to interview local Arizona cosplayer FireofSeptember, who never fails to impress me with her amazing cosplay work! Since summer of 2016, FireofSeptember has been working her magic in the cosplay community. Not only does she transform herself into a variety of characters with some spot-on makeup skills, but I’m convinced that she is also some kind of wig styling wizard. (Oh, and yes, she does take wig commissions!)

So, how does she do it? We took a moment to ask the important questions and find out where her passion comes from!

What was your very first cosplay, and how do you think you have improved since then?

My first cosplay was Okabe Rintarou from Steins;Gate. Since then, I feel like my wig skills have improved greatly, as well as my makeup skills. Doing eyebrows and eyeliner was super intimidating back to me back then, and a lot of makeup remover was used to fix my many mistakes.

What kinds of characters are you most drawn to when looking for a new cosplay?

I love cosplaying grumpy, tired, older men (i.e. Aizawa Shouta). Honestly, the grosser or more disheveled the character looks, the better. I also love cosplaying characters that require extensive makeup or just have a sort of odd look to them – something that doesn’t make them attractive in the traditional sense. If a character has scars, doesn’t look like they’ve slept in three weeks, or just has a mean look to them, then I probably want to cosplay them (you can see why I love cosplaying Aizawa so much).

How do you think cosplay has influenced you as a person?

Cosplay has definitely helped me come out of my shell and be more outgoing. I was very shy as a child and had horrible people skills. While I became more sociable in high school, I was still quiet and only had a group a small, close friends. It wasn’t really until I started cosplaying that I actively tried to meet new people. There’s just something about putting on a wig and a costume that makes me so much more adventurous.

What has been your favorite cosplay/convention moment so far?

Oh dear, I’ve had a lot of awesome moments in cosplay. I think the one that really sticks out to me is from AX 2017. In 2017, I built a four-foot mayo cannon from the anime Gintama (Google it – it’s a real thing from a real show) and didn’t really expect anyone to get the joke or know who I was. But I barely got to the convention when someone asked, “Are you Mayora 13, the warrior of love?” (which is the exact line from the show), and I lost it. I was so happy someone recognized this dumb prop that literally shows up for 10 seconds in one episode of a 300+ episode anime. I had other Gintama fans throughout the day stop me for photos and it was so much fun connecting with a smaller fandom. Plus, just the looks I got from random strangers was priceless.

What is your favorite medium to work with when building a new cosplay?

I love working with wigs! A character’s wig is the first thing I try to finish for a new cosplay since it gives me a good understanding of how I will look overall in the finished costume. There’s just something very relaxing about cutting hair and working it into different styles and shapes.

Out of all the cosplays you have finished, which has been your favorite?

I think my favorite cosplay is Aizawa Shouta. Not only is he one of my all-time favorite characters, I just feel super confident as him. Plus, getting to interact with all the incredible people in the My Hero Academia fandom is always a plus.

When out of cosplay, what can we find you doing?

I spend my free time doing a whole lot of nothing, to be quite honest. Just catching up on anime or watching ghost shows spells out a nice evening for me. Though, I do play violin and love to learn soundtracks by ear if I’m feeling adventurous!

Do you have a dream cosplay you have yet to create/finish?

My dream cosplay is definitely Beast Boy from the Teen Titans cartoon! I used to watch it back in the day when it was aired on Cartoon Network, and I instantly fell in love with the little green dude, mainly since I was obsessed with all types of animals growing up. I really do hope to cosplay him sometime in the next couple of years, maybe even with a Raven!

Do you have any advice/words of wisdom for aspiring cosplayers?

My biggest advice to any aspiring cosplayers is to just go for it. Who cares if you’ve never touched a sewing machine in your life or have no idea how to style wigs? Pick a character you love and cosplay them. It doesn’t matter whether you buy or make the costume, just have fun geeking out and representing your fandom. Cosplay is about expressing yourself and your greatest interests, about meeting new people and making amazing connections.  Remember, cosplay is for everyone!