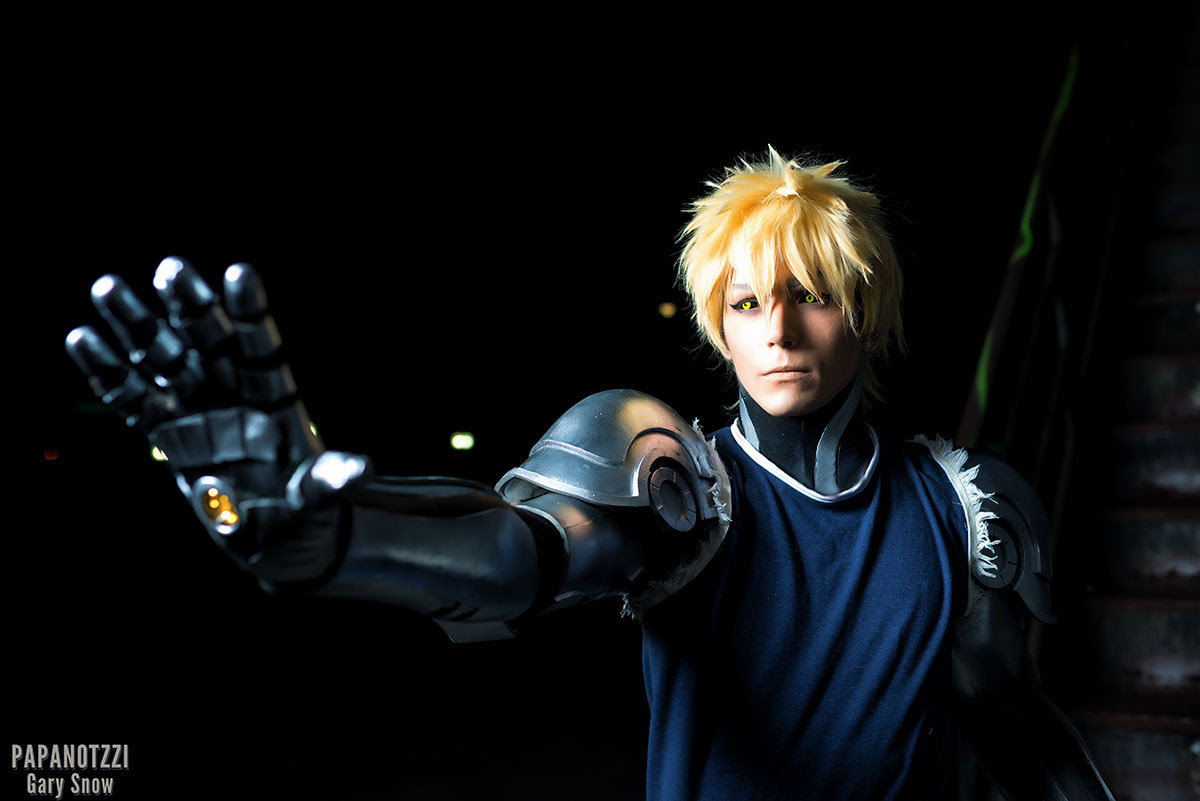 Hello fellow Geeks! It’s cosplay time! This week, we travel east coast to the sunny (and very humid, but lovely!) state of Florida. Amongst all the sunshine, we find the talented Moderately Okay Cosplay, who has been making great strides in the cosplay community since 2013! After shaking off my awkwardness, I managed to reach out, pry his brain for answers (not as gruesome as it sounds), and he gave us a little preview into his crazy world of cosplay!

1. What first inspired you to begin your journey as a cosplayer?

Honestly, I wanted to dress up as a League of Legends character and Halloween felt like too far away.  A friend suggested I go to a convention, and I had heard of like, San Diego Comic-Con, but that was it, so I didn’t know that conventions were everywhere!  I also didn’t know people dressed up for them, but once I learned that I made a (basically all thrifted and hot glued together) costume and went to my first convention.

2. What kind of characters are you most drawn to when searching for a new cosplay?

Honestly, if they look like a pretty anime boy (See: Any Final Fantasy protagonist) I’m drawn to them!  All joking aside, a lot of things catch my eye, design is really important to me.  For example, Jhin from League of Legends has this crazy design unlike anything I’d ever seen before, and it really caught my eye so I knew I had to at least try to cosplay him.

I got to cosplay with Nintendo and Spencer’s at San Diego Comic-Con last year, and honestly I don’t think anything can beat that for me.

4. What has been one of your favorite con/cosplay moments thus far?
Really, it’s anytime somebody comes up to me at a con and says I inspired them to start cosplaying, be better at cosplay, or that I’m their favorite cosplayer.  From someone who started out hot gluing fabric together on his kitchen floor just over three years ago, it’s so crazy to me to hear that, and it means the world to me every single time.
5. Out of all the cosplays you have, what are your top three favorites so far? Why these characters?
I would have to say…
1. Fierce Deity Link from Legend of Zelda: Majora’s Mask.  Majora’s Mask is my favorite game of all time, and when I was a kid I thought the Fierce Deity was the coolest thing ever, like, he had these crazy facial markings and this huge sword and this awesome armor, so when I reached a skill level that I felt comfortable making that, I knew I had to do it.  So to be able to actually become this awesome icon from my childhood…man, it was an awesome feeling!
2. Ignis Scientia from Final Fantasy XV.  I waited literally ten years for Final Fantasy XV, and, while I’ve cosplayed three characters from it, Ignis is my standout favorite.  And the game coming out cemented him as my favorite character so I’ll put him on this list since he’s my current favorite cosplay to wear.
3. Dandy from Space Dandy.  There’s just something about the charm of the show Space Dandy that really catches my attention.  It’s a masterpiece, honestly, and I love characters with pompadours, so Dandy felt like a natural fit.  It’s always fun to wear to cons, and people really enjoy the character.
6. Is there a dream cosplay you have yet to create or have already created? What made you choose this?

I’ve cosplayed Cloud Strife from Final Fantasy VII before, but I’d have to say my dream is perfecting the cosplay.  Like, REALLY nailing it.  So I’ll say that’s my dream cosplay because Final Fantasy VII is the stand-out game from my childhood.  I have a lot of nostalgia for it.

7. How has cosplaying influenced you as a person?

I think, above all, it’s given me a thicker skin.  People can be…not so nice at times, and that’s pretty prevalent as you grow as a cosplayer.  However I am a lot more open to constructive criticism now than I was when I started cosplaying, so not all criticism is bad!

It’s also given me more of a creative mind when looking at things.  I think I enjoy like…games a little more because I’m constantly looking at outfits or weapons and in my mind, I’m like “How can I make that, how would that translate to real life?”  So I think that’s cool, even if I spend half of my time playing games or watching anime looking at character design!

8. Do you have any advice/words of wisdom you would like to give to aspiring cosplayers?

You do you!  Don’t let anyone tell you how to think or how to feel, at the end of the day stay true to yourself and what you’re doing.  Cosplay isn’t easy, you’re doing this amazing thing by yourself, actually embodying characters you love, and that’s so awesome.  If anyone tries to tell you you’re doing it wrong or tells you the reasons you’re doing it are wrong, don’t listen to them.  Do it for you!  Stay above the ignorance and, should it ever happen to you, people talking behind your back.  Unabashedly support your fellow cosplayers.  Help people where you can.  Be excellent to each other!