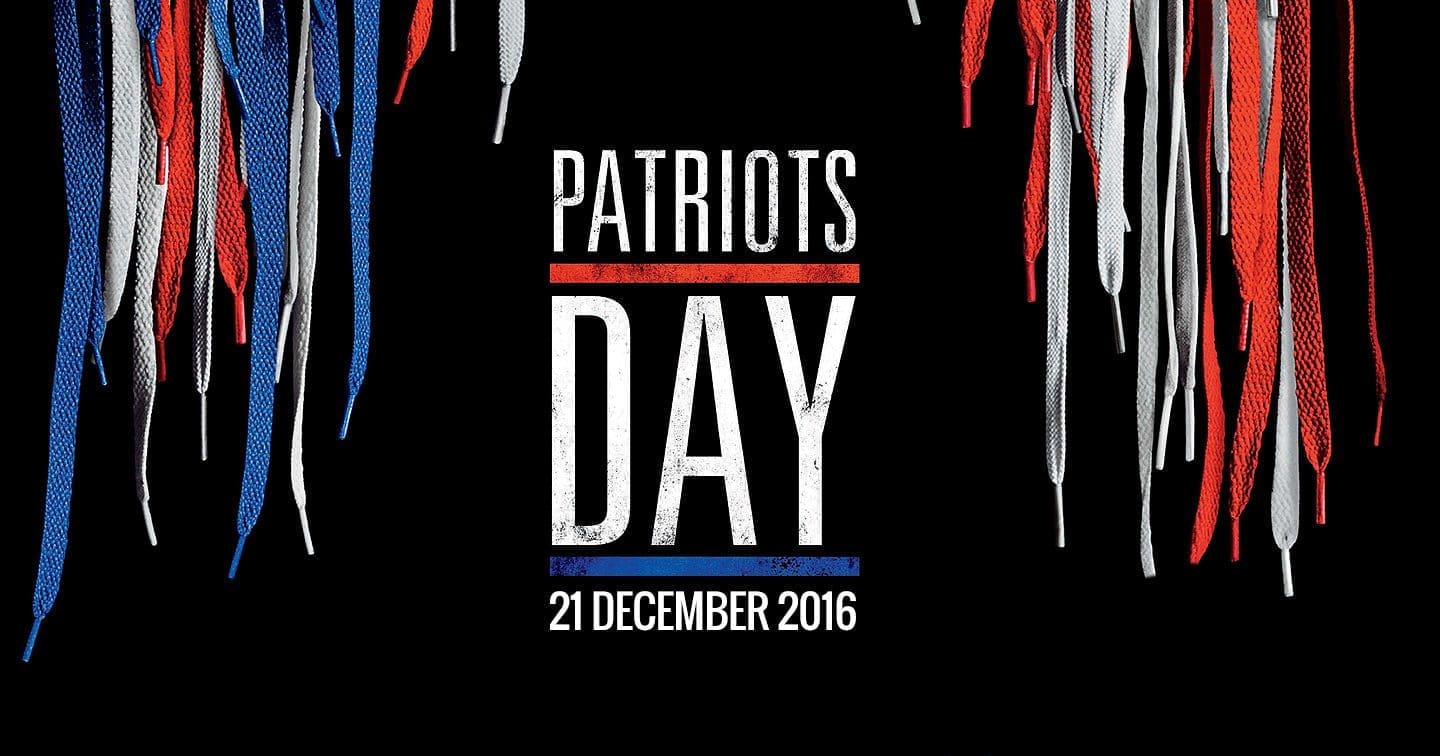 We live in an age where information is being thrown at us every minute of every day.  There are more news outlets now than at any other time in recorded history.  And despite this abundance of news, there is often a lack of actual information.  There is a rush to be the first with a story, even if that story is, “We don’t know any details yet.”

This conundrum was really brought to the forefront of my mind in Patriots Day, which is the dramatized retelling of the events of the Boston Marathon Bombing in April of 2013.  I watched the events of that bombing, and the subsequent manhunt for the perpetrators unfold, but there was more noise, and speculation, and lack of good information coming from the following investigation.  In watching this film, I realize how little of the story I knew.

The film follows Boston Police officer Tommy Saunders (Mark Wahlberg), among other members of the Boston Police Department, and other law enforcement agencies involved.  There are the familiar beats to be expected from this type of film; the introduction of the main characters, so you warm up to the good guys, you develop empathy for the victims to be, and you already begin to dislike the bombers.  There are beautiful shots of the city at peace, and in the day to day life, the importance of the day is spelled out in the dialogue of our characters.  We see the joy of the marathon, the triumph of the first to cross the finish line.  And then, of course, we see the terrible destruction.  We feel the visceral horror of being caught in the confusion and chaos following the two explosions.  The tense hours as law enforcement tries to find any clues to what happened, to try to discern if there are more bombs to come.  The triumph of the heroes as they track and capture the terrorists, cheers in the audience as we see the final bomber apprehended.  Then, the wrap-up.  Triumph, reunions, happiness, joy, and strength.  The strength to carry on and the message to move forward.

There are no real surprises in what is presented.  We know what to expect going into the theater for movies like this.  And yet, the performances are superb and nuanced.  Mark Wahlberg may have a peculiar manner of choosing what films he acts in, but he brings an amazing performance.  John Goodman as Commissioner of Police Ed Davis brings a gravitas and we feel his frustrations as everything that can be done is being done to find the bombers, but it is not enough.  Kevin Bacon as FBI Special Agent Richard DesLauriers, balancing the need to do his job, and the need to keep the public from panicking and from turning on anyone slightly suspicious.

The cinematography, inter-cut with footage of the actual events is also powerful.  To see Boston, completely shut down and know that it wasn’t special effects or street closures coordinated by the filmmakers and the city, but actually real was particularly moving.  Meeting the actual people portrayed by the actors was also well done.  That earlier formed connection being very easily transferred from actor to real person.

There were no surprises about the movie, but it is very well done.  It is well worth seeing.  I left the theater wanting to do more research about the events that transpired that April in Boston, to see how much dramatic license was taken.  How much added for the screen.  The film also left me examining how I get my news.  How often have I just read or watched the surface scratchings of our media, with its gnat’s life attention span, instead of looking for the details.  Looking for the story that should be there, not just the glint from the bits we are fed.  I really enjoyed this film and I hope you will as well.

Synopsis: An account of Boston Police Department’s actions in the events leading up to the 2013 Boston Marathon bombing, and the aftermath, including the city-wide manhunt to find the terrorists behind it.