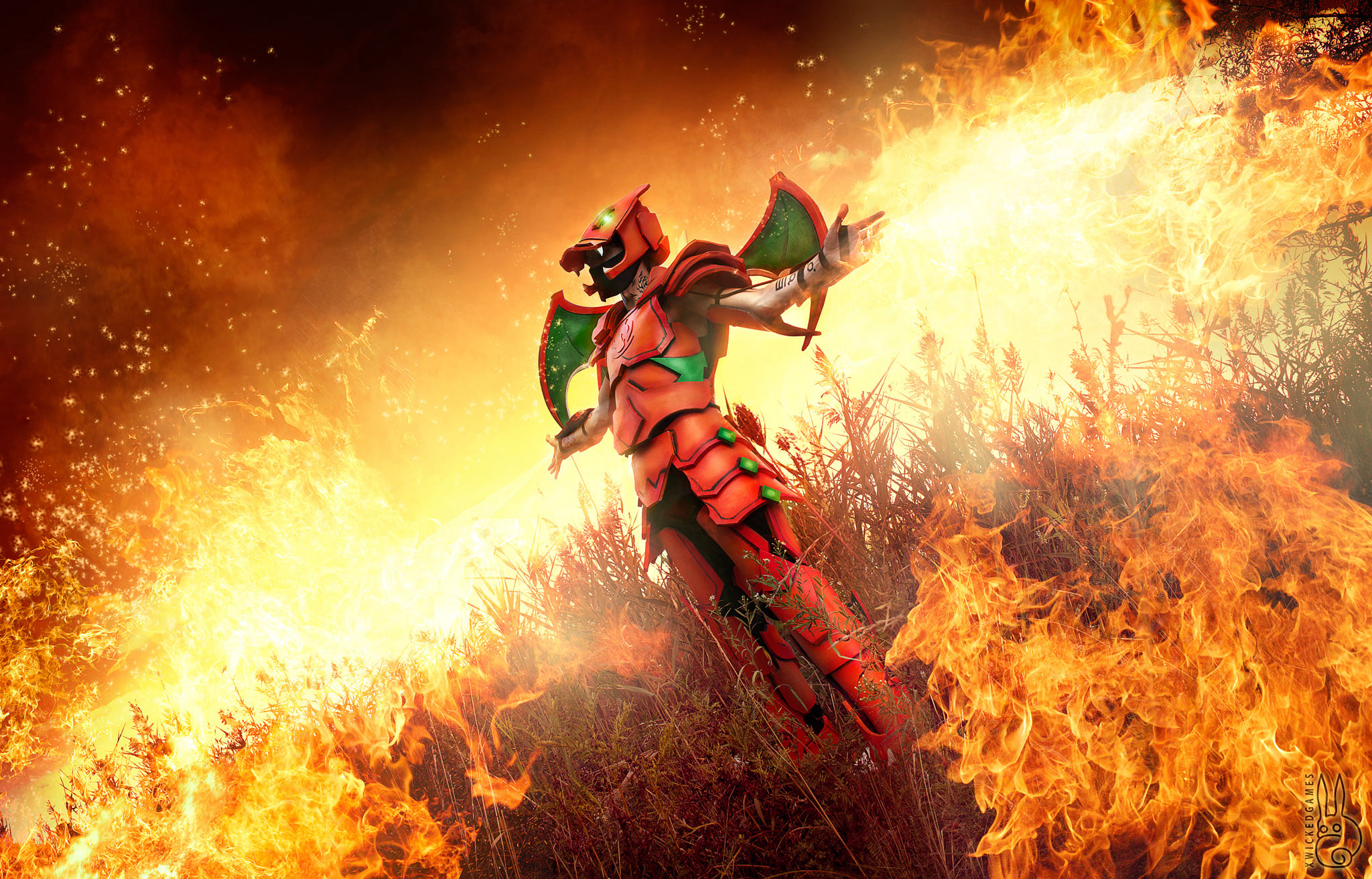 Hello fellow Geeks! It’s cosplay time! This week, we have another local Arizona cosplayer who has built up quite a reputation for his large (we’re talking LARGE) weaponry. Chances are, you’ve seen one of fhis weapons sticking up above all the crowds at a convention. We’re talking, of course, about the talented TheFinaEndeavour Cosplay. How did he get started in the wonderful world of cosplay? We took some time to sit down with him and find out!

1. Approximately how long have you been officially cosplaying?

The very first convention I went to, and the very first time I ever dressed up was at San Japan 2013. One of the best cons I’ve ever been to for so many reasons.  My very first cosplay was Snow Villiers, from FFXIII, but I had as Sasuke from a long time ago that I used for Halloween, but I don’t classify that as cosplaying when first did it.

2. What first got you into cosplay?
As I said before, I was at San Japan the first time I ever thought about cosplaying. The reason I was even there was because I moved to San Antonio for construction work, and I didnt know a single soul there. I heard it was a really big con, so I decided to go and find some new friends. Which I did… amazing people that I still talk to on a regular basis, or at least try to stay in their lives as much as possible. So I guess the main reason I cosplay is to find awesome people with the same interests and hobbies as I do. It’s ironic that I don’t go to cons to meet celebrities. I go to people watch and look at the creative ways people make their cosplays. It fascinates me!
3. What has been your favorite cosplay moment?
It would be impossible to pick one… but to put it in simplest terms. There’s nothing like having a group cosplay with your friends, when you’re all reppin the same series, and you all first walk into the main area of the con. Each time you get surrounded by all the people there, and all the cosplays, all the SQUEES! There’s nothing like being around hundreds or thousands of people that just understand you.
4. What is a dream cosplay of yours? Why?

Each cosplay feels as good as the next. I don’t really have a cosplay that I’ve been DYING to do. Otherwise I would have done it already, hehe . I choose whatever character really hits home to me, or my favorite character to play… Or honestly the tallest character usually!

5. Are there any major cosplays you are currently working on? What inspired you to start this cosplay?

My next cosplay is going to be Soldier 76. My group cannot stop talking about how each one of us needs to do a character from Overwatch. I would be so incredibly excited to see all my friends in overwatch cosplays just messing around a convention pretending to kill each other.

6. What has been your favorite material/medium to work with?

My favorite material is actually wood. MDF specifically. Its heavy but its durable and easy to craft from. I of course only say this because I’m a huge fan of prop making. weapons to be exact. A very close second is foam, but I honestly haven’t had a lot of good places to buy what I’m looking for, so I haven’t been able to experiment with it much.

7. What inspires you to create a new cosplay?

All of my inspiration comes from the characters themselves. Bringing that character to life is so much fun. The thing that inspires me to get started on a cosplay is making the weapon first. I feel like I could never get motivation to finish a cosplay unless I can hold that bad ass weapon!

8. Do you have any advice/words of wisdom for aspiring cosplayers?

The main thing I would suggest to assist in making cosplay is YouTube. You can learn ANYTHING on YouTube. The internet is an amazing thing. Secondly, people get hate for buying cosplay props and I don’t think it’s very fair. If I found an item online for 30 dollars, that would cost me 100, plus the time to make it.. I would have no problem buying it. Cosplaying isn’t about making your own stuff, or getting famous for your costumes, or even having the best cosplay at the con. It’s about going and nerding out with your friends at a convention, and meeting new people who love the same thing as you.