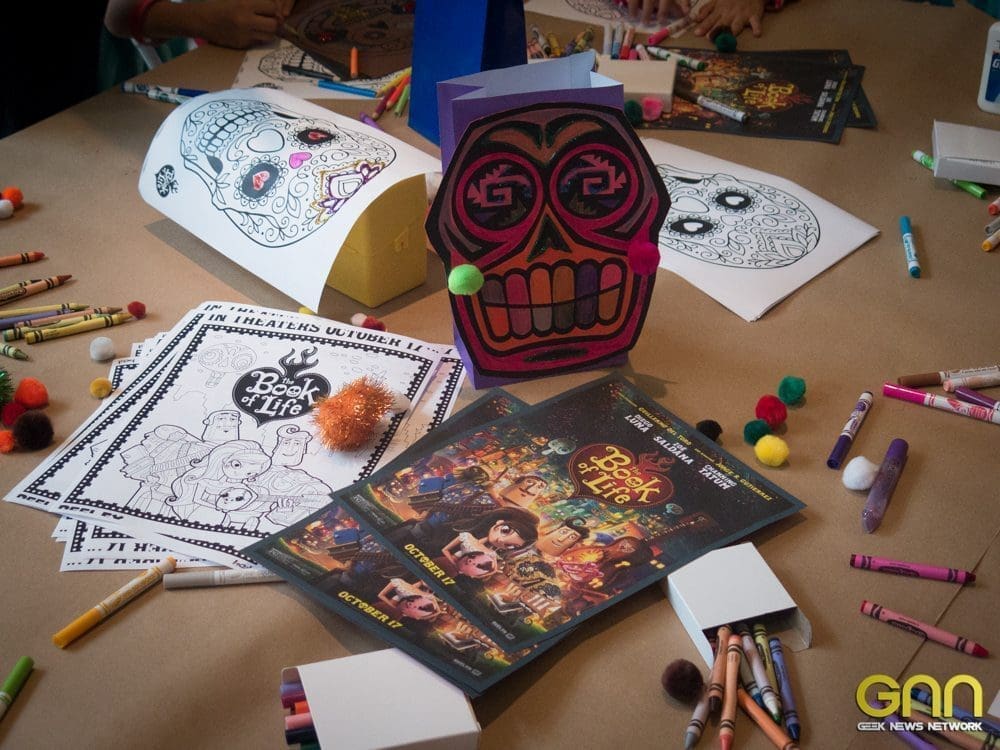 On October 11, 2014 Fox Searchlight hosted a screening of their new animated feature, The Book of Life, followed by a “mall event” with events for children at Arizona Mills in Tempe, AZ. Several groups saw the film Saturday morning at the Harkins Theatre in the mall before joining the festivities in the food court. 104.7 KISS FM co-sponsored the event and acted as emcee.

Participants received raffle tickets to win Kindle HD Fired 6s, BMX bikes, Amazon gift cards, and other big-ticket items. A group congregated around the radio station table waiting for new numbers to be called while children, many costumed, begged the emcees for more candy from the ubiquitous trick-or-treat bags at the event. The event included a caricature artist, balloon artists, and two face painters adorning faces of all ages with sugar skulls –a large part of the film that many participants had seen early in the day.

The food court restaurants donated food items including pizza and Chinese food, and the lines wrapped around the tables while children stood in the queue for the mini train ride around the mall. (There was an area where parents could wait for their children to disembark.) The film dealt heavily with the Mexican dia de los muertos holiday and the sugar skull design, so there were tables set up for the children to decorate their own skull clip art. My own 9-year-old joined me for the event in her skeleton hoodies and bone pants. The sponsors handed out Book of Life posters to her and other children before they set up a costume parade.

What was originally planned to be a costume contest became a simple parade around the food court, past the train ride, and also near the green screen photo booth that put adults and children alike in photos that appeared as if the fans were in the new del Toro film itself.

The Book of Life mall event was a good idea that could’ve been implemented a little more smoothly, albeit the participants all seemed to have a great afternoon at the mall.

Come back tomorrow for my review of the movie!