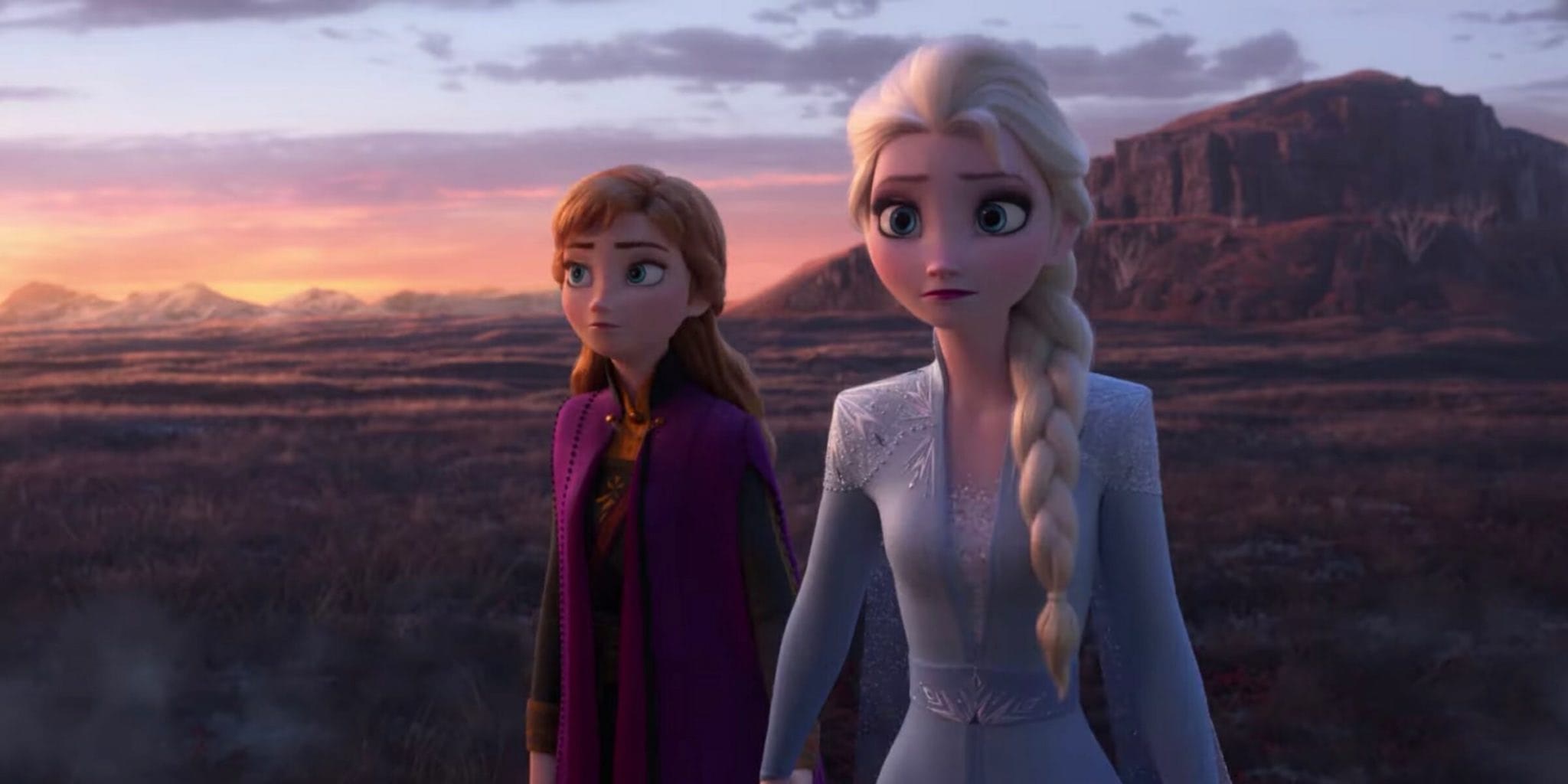 I will admit, I went into Frozen 2 with high expectations. The first film was a dazzling masterpiece with powerhouse songs and a story rooted in sibling love. Frozen 2, on the other-hand, feels like a convoluted mess that should have been a direct to DVD. While the songs are good, and the visuals are photo-realistic at times, the plot is a predictable mess with overused symbolism and a serious White Savior Complex.

Frozen 2 returns to Arendelle as the sisters have settled into their new roles as leaders of the kingdom. However a strange voice calls out to Elsa which tempts her to follow it into an enchanted forest. Anna, Kristoff, and Olaf are in tow. Anna desperately wants to stay by her sisters side but Elsa pulls away from her, enraptured by this mysterious voice. Both sisters learn the truth of their parent’s past. They also learn of the tribe of people residing within the enchanted forest and their connection to them. Ultimately, they must do “The Next Right Thing” to save themselves and their kingdom.

The film is a visual cornucopia of delights, with an autumn setting and the elements on full display. While there is not another powerhouse like “Let It Go,” Elsa’s anthem “Into the Unknown” is still beautiful and will likely be overplayed. Other songs in the film such as Anna’s somber but hopeful, “The Next Right Thing” and Kristoff’s 80’s power ballad “Lost in the Woods” hold their own, but will probably not rise to the same level.

The film is posed to be a Thanksgiving classic, however, it seems like it is too preoccupied with getting to the next song, rather than telling a good story. Overall, it will satisfy the crowds this holiday weekend, and Disney will continue to milk this cash cow. But don’t expect too much from this sequel and understand that there are deeper issues in it. This film’s portrayal of the sisters, the Northuldra tribe, and their Colonial heritage are all misguided.

There are three major issues I have with this film. First, there is a blatant use of the symbols of Earth, Air, Fire, Water, and a mysterious 5th element. This has been done better in other films and television shows, i.e. Avatar: The Last Airbender, The Fifth Element, etc. This symbolism is hit over our heads right from the beginning, and it’s absolutely laughable that Disney could not come up with a better concept.

Second, the parents of Elsa and Anna are given a new twist. In the first film, they are portrayed as oppressors to Elsa, as they teach her not to embrace her abilities and lock her away from society and her sister. In this movie, they are seen as benevolent parents, who just want whats best for Elsa and even sacrifice their lives to uncover the truth behind her powers. They are even immortalized as statues at the end of the film. I have a very hard time believing that these are the same characters from the first film, and this sours the plot right from the opening scene.

Last, this film is a serious setback for equality on the screen, especially for Indigenous people and African Americans. There is only one African American role in the entire film. He is relegated to serving and protecting Elsa and Anna as a long lost royal guard. The Northuldra tribe within the enchanted forest is based off of the real Saami Tribe in Norway.Their customs s reindeer herders are represented just fine. What is appalling is that they are merely there for Elsa and Anna to save. They have no real autonomy or power in the film, and Elsa ultimately becomes their White Knight Avatar that can control the magic of THEIR forest. There is even a moment in the film where the Tribal leader questions why Elsa should have their magic, but it is quickly accepted that Elsa is part Northuldra and swept under the rug.

I admit once again, that I went in with high expectations. It is mainly because of the quality of work that Disney Animation Studios has produced. But Frozen 2 is clearly a cash grab and Disney will make it’s money, I just hope that future projects funded from this Goliath will have better representation and story.

Synopsis: Elsa and her sister Anna embark on an adventure into an enchanted forest. They are joined by friends, Kristoff, Olaf, and Sven as they uncover the truth behind their past.