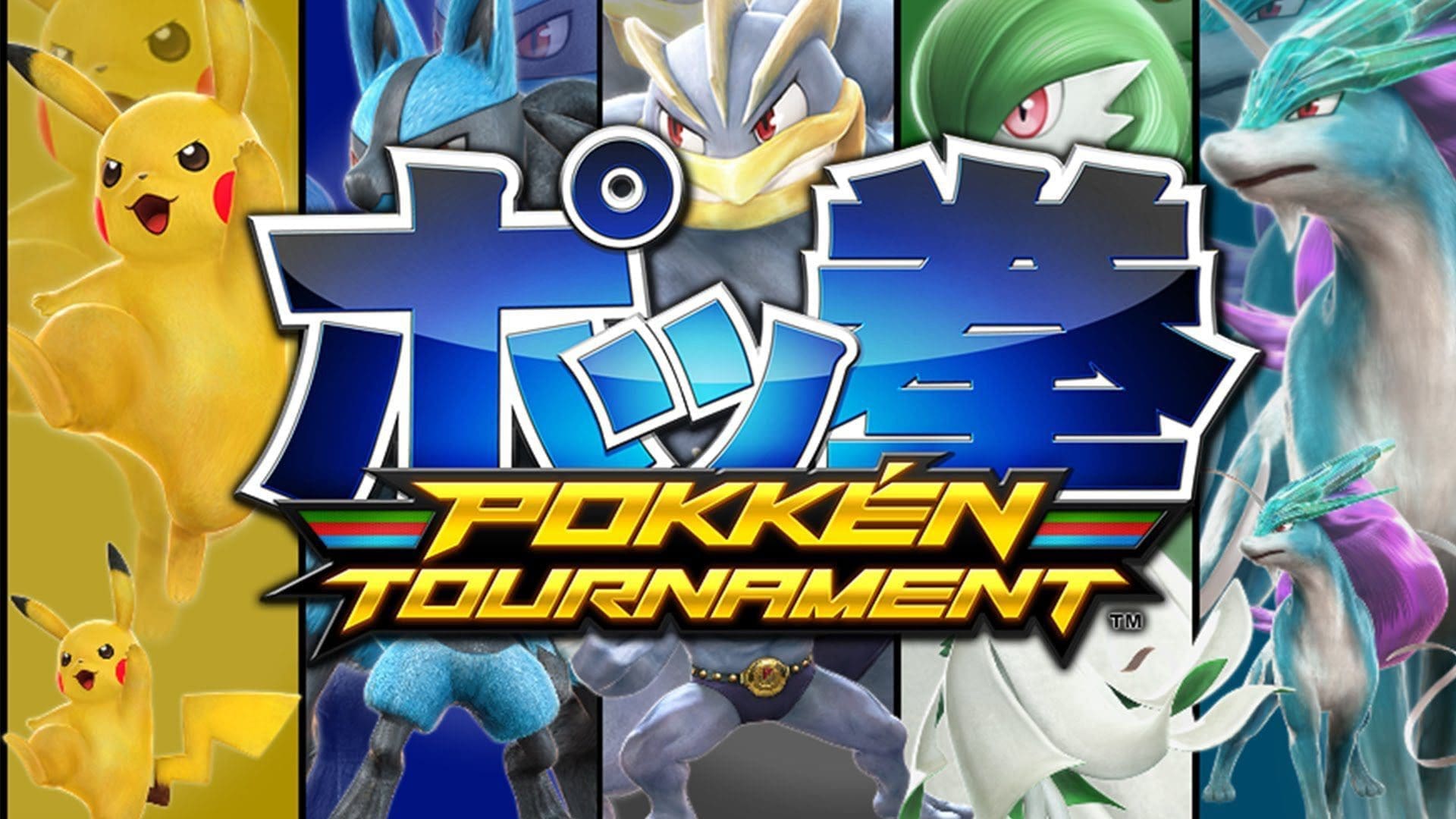 If you really think about it, the Pokémon universe is pretty terrible. People from around the world find random creatures largely minding their own business and pelt them with spherical objects, trapping them inside against their will. If that wasn’t bad enough, they then order these helpless creatures to violently strike down others in the same predicament all in the name of entertainment. Society has largely accepted this sick and twisted pastime as perfectly normal to the point of building gyms and hospitals devoted to the “sport”, as they hold regional tournaments to determine who has lost a larger chunk of their humanity. When you get down to it, the world of Pokémon is horrible and we should take no part in this dark, morbid… hold on, a wild Pikachu just appeared. Braixen, use fire spin! Yes, I am part of the problem.

The latest in animal cruelty simulation comes in the form of Pokkén Tournament, a fighting game collaboration from The Pokémon Company and the Tekken team at Bandai Namco. The game features a nice blend of mechanics present in other fighting games creating a fairly unique experience that’s simple to learn but hard to master. Pokkén puts you in direct control of your Pokémon as you duke it out against other trainers in one of two phases: the Field Phase, and the Duel Phase. The Field Phase allows you to run around the arena freely, lobbing various projectiles and other attacks at your opponent. This phase is very similar to the Naruto: Ultimate Ninja Storm series (or Sega’s Virtual On series for you older gamers out there). The Duel Phase controls more like a traditional fighting game with both players locked to 2D movement and an emphasis on close quarters combat. Using certain attacks or causing a large amount of damage will force the game to shift between these two phases frequently. It seems complex at first, but you’ll quickly get the hang of it.

There are 16 total fighters to choose from spanning multiple generations. Each Pokémon falls under a specific battle type indicating what kind of play style they’re best suited for. Power style fighters such as Charizard and Chandelure deal heavy damage but are a bit slow. Technique focused Pokémon like Gardevior and Gengar have a large variety of attacks to handle just about any situation countered by a small amount of health. Weavile and Pikachu Libre are Speed style fighters that are fast attackers but also quick to knock out. Standard style Pokémon, including Lucario and Braixen, are well-balanced and a good choice for beginners and veterans alike. No matter who you choose to do your evil bidding, controlling your Pokémon is very simple.

Movement is handled with the D-Pad or left analog stick. You have weak and strong attacks at your disposal, and buttons dedicated to Pokémon Techniques (attacks unique to each fighter), jumping, blocking, and calling in support Pokémon chosen at the beginning of each match. Special attacks are very simple to execute requiring only a single directional input and attack button very much like the Super Smash Brothers series. Grab attacks let you throw a blocking opponent, and Counter attacks allow you to temporarily shield yourself from certain attacks and strike back uninterrupted. By pressing both shoulder buttons after filling the Synergy Gauge your Pokémon will become faster and more powerful for a short time, also gaining access to a single powerful attack known as a Synergy Burst. These attacks range from hilarious to downright creepy and do a ton of damage. The game also has an interesting rock-paper-scissors mechanic known as the Attack Triangle. Normal attacks beat Grab attacks, which easily win versus Counter attacks, which are very effective against Normal attacks. It’s a neat mechanic and very entertaining guessing game. Don’t let the simplicity fool you however. Pokkén Tournament was developed to be accessible for a wide audience, but there is a surprising amount of depth here. Fighting game enthusiasts will find plenty of advanced techniques such as combos, juggles, cancels, frame advantages, guard breaks, and wall blasts. If that gets you all riled up, make sure to check out the very detailed in-game tutorial.

In fact, I would suggest everyone play through the tutorial to at least learn the basics before tackling the rest of the content. The Ferrum League is Pokkén’s single player offering where you fight multiple trainers to rise in rank to eventually reach the league tournament. Winning the tournament let’s you fight a special trainer in a Promotion Test to advance to the next league where you repeat the same process. It’s fairly repetitive but at least there is a bit of a story that unfolds as you rise in rank. Local multiplayer options include a two player mode where one player uses the Wii U Gamepad and the other a Classic or Pro controller and the TV. It works well but be aware the game’s usual 60 frames per second is reduced to 30 for this mode. You can bypass the FPS drop by using the hidden LAN mode (hold L, R and Down on the D-Pad while pressing start at the title screen). This does of course require two systems, two copies of the game, and both systems connected to the same network (or directly connected with a crossover cable) to take advantage of. If you have the setup go for it, just make sure both systems are fully updated and have the latest update for the game before attempting this, as some friends and I found out the hard way. On the bright side, all fighters and support Pokémon are unlocked while using this mode.

Online play is available for both ranked and unranked matches and works very well. I did experience a bit of lag but it was a single match out of dozens of lag-free fights. Other modes include Practice for the tutorial and a few different training modes, Single Battle if you just want to have a quick match, and My Town. My Town serves as a bit of a hub area where you can customize your trainer’s name and title, purchase clothing and other items for your avatar, pick your innocent Pokémon and support units, and change the clothes and frequency of chatter from your advisor, Nia. I would highly suggest reducing Nia’s advice or outright turning her off altogether for the sake of your sanity. She’s a bit too chatty and apparently can’t choose her own clothes which I find a bit odd for a grown woman. Maybe just keep your distance a bit is what I’m saying. For you Amiibo fans out there, you can scan up to five per day to unlock a random item or title. There is a lot to collect, so take advantage if you can.

I’m a pretty big fan of fighting games and I have very much enjoyed my time with Pokkén Tournament. There may not be much in the way of variety, but the core of the game is strong and very entertaining. The unique blend of fighting phases, the simplicity of the controls, brilliant rock-paper-scissors style combat, and sheer joy of watching Pikachu in a lucha libre outfit body slam some poor creature in an electrified wrestling ring make it easy to recommend for enthusiasts and more casual players alike. If you’re a Pokémon fan definitely give this one a shot, you monster.

Pokkén Tournament is available for Wii U at retail or in the Nintendo eShop. (If you’re on the fence, there’s a demo available!)