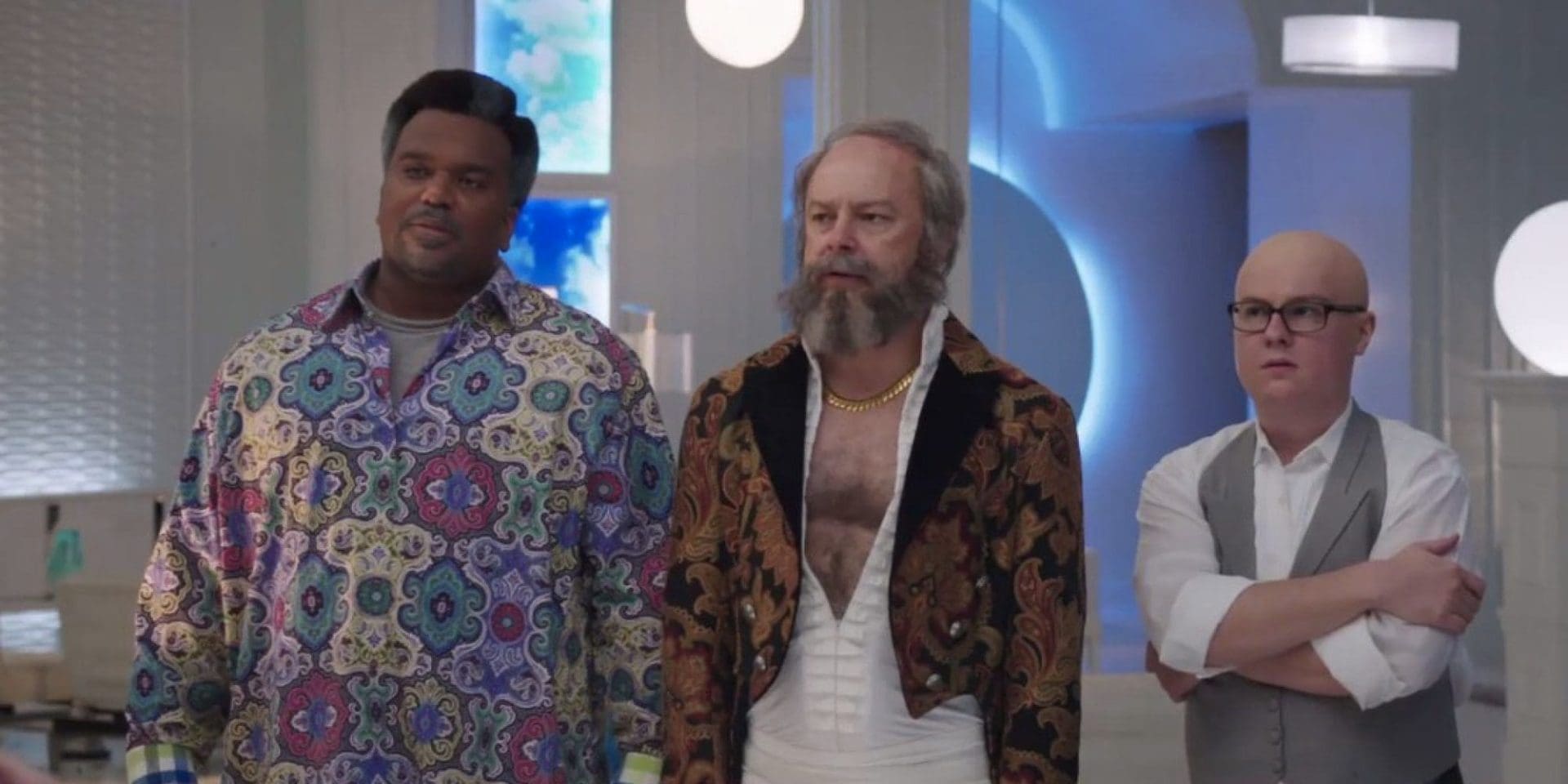 When it comes to time travel movies, I subscribe to one simple rule.  Keep it simple.  You present the main characters with an objective, send them off to fix the past, or future, and hope it all comes together in the end.  If you throw in multiple timelines and alternate realities, you run the risk of making a convoluted story with plot holes.  Heroes anyone?  The first Hot Tub Time Machine could have went in that direction.  The title even suggests a wacky, unpredictable adventure that doesn’t take itself seriously at all.  Instead we got a simple story about three guys, and one nephew, journeying back to 1986 to relive their teenage years while learning something about themselves.  It was outrageous and ridiculous, but it was still grounded and sincere, courtesy of John Cusack and his scenes with Lizzy Caplan.  With Cusack’s noticeable absence in the sequel, what we end up with is still a wacky and hilarious adventure, but not a lot of heart or coherence.

In Hot Tub Time Machine 2, Lou Dorchen (Rob Corddry) is reveling about his empire built on his knowledge of the future since the 1980’s.  His company Lougle (Google) is doing relatively well despite his incompetence and his wife Kelly (Collette Wolfe) still hates his guts in the most affectionate way possible.  His son Jacob (Clark Duke), on the other hand, is unemployed and living off his parents money.  Nick Webber (Craig Robinson) is still busy ripping off other people’s music before they ever invent it themselves such as Nirvana and Lisa Loeb.  He begins to have misgivings about his dishonest music enterprise and wonders if he should have done things differently.  When they all get together at a party in Lou’s mansion, minus John Cusack, Lou ends up shot by a mysterious stranger and the only way they can save him is by using the hot tub to go back in time and find his killer.  The hot tub that was stolen and moved to Lou’s home for expediency’s sake. They end up in the year 2025 by accident, or fate, and Lou turns out to still be alive despite dying in 2015.  Cue the magical repairman, played by Chevy Chase, who returns to explain that the present is the past and the future the present.  The killer is from the future so Lou doesn’t die until the killer goes back in time.  So the rest of the movie turns into a whodunnit.

The replacement for John Cusack’s character Adam is another Adam.  Adam Yates Jr., played by Adam Scott from Parks and Rec.  He is the son of Adam and is surprised to learn he has both a cousin and an uncle.  Adam is an honest gentleman with no vices and an organic lifestyle.  He plans to get married the next day, but decides to help Lou, Nick, and Jacob on their quest.  There are several suspects for them to choose from and all of them have a motive to kill Lou.  Since Lou has a lot to learn about not being a jerk to his friends and family, this story is really his journey to redemption; which is a lot to put on Rob Corddry’s shoulders, but he carries it pretty well.

Where the movie succeeds is the humor.  It takes the gross, outrageous scenes from the first movie and ups it to eleven.  One particular scene involving Nick Webber on a celebrity gameshow called Choozy Doozy is hysterical.  There’s also a running gag with smart cars that drive themselves and respond to positive reinforcement.  When Lou pisses one off, the car decides to track him down and take him out.  There are no shortage of potential killers in this movie.

I found Hot Tub Time Machine 2 to be a fun and insane adventure, but at times too complicated for its own good.  It never fully resolves a few issues from the first movie and then piles on several more.  Does Nick ever go back in time and stop himself from recording other people’s music with incorrect lyrics? Nope.  Does Lou learn to find another way to get rich without buying Google and renaming it?  No.  Do they ever learn that time travel is dangerous and they should probably just destroy it since they don’t have a clue how to use it safely?  No.  They subscribe more to the Bill and Ted philosophy of time travel instead of the Terminator.  The ending of the movie, as always, hints at a sequel that will be even wilder and more nonsensical than this one.  I recommend this movie for time travel fans and fans of Craig Robinson and Rob Corddry.  They have great scenes together.  Adam Scott and Clark Duke also provide some fun moments.  However the next movie goes, try and get John Cusack to return.

Synopsis: When Lou finds himself in trouble, Nick and Jacob fire up the hot tub time machine in an attempt to get back to the past. But they inadvertently land in the future with Adam Jr. Now they have to alter the future in order to save the past – which is really the present.