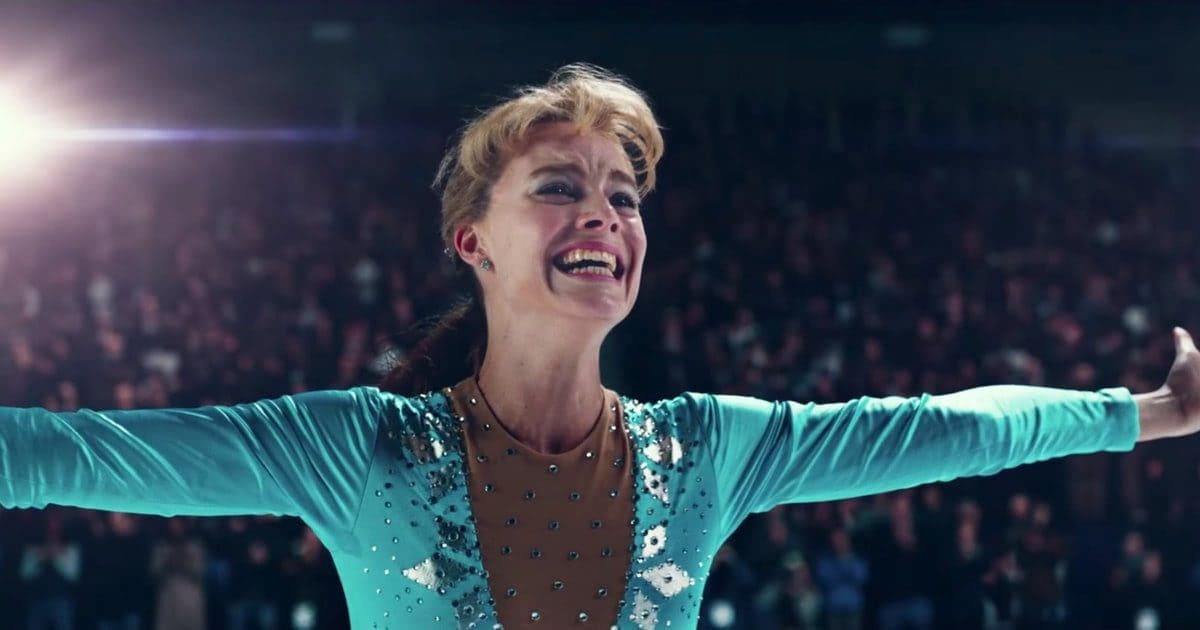 The story of Tonya Harding is something that most people (especially those in their 30s now) know pretty well. When it happened back in the 90s it made news headlines everywhere, but there’s always been some mystery about whether or not we got the true story of how those events went down. Now, decades later with have a proper retelling of the Tonya Harding story. Oddly enough, while there’s a decent amount of liberty taken in the name of entertainment, the events are fairly comical in their own right, making this mockumentary far more accurate than it had any right to be. Now let’s dive into our review of I, Tonya.

It doesn’t really matter what you think of Tonya Harding, Nancy Kerrigan or any of the other important players in this story. Any way you look at it, I, Tonya is an entertaining ride. Margot Robbie is Tonya Harding, and Sebastian Stan plays a very convincing Jeff Gillooly. The chemistry between the two will have you laughing at times and fuming mad at others. While some of the other key players are featured in smaller roles, you can tell the cast had fun with this one as everyone feels spot on in their roles. A few standouts aside from Robbie and Stan would be Bobby Cannavale as the Hard Copy Producer, Paul Walter Hauser as Jeff’s friend Shawn Eckhardt, and Allison Janney as Tonya’s mother, LaVona Golden. 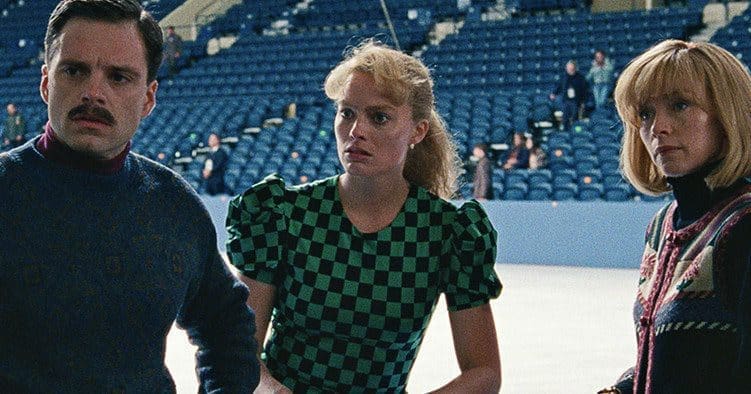 I, Tonya moves through most of Harding’s life, from her early youth all the way up to the incident with Kerrigan. While it was eye-opening to see Tonya as a youth, how she met Jeff Gillooly and how their relationship evolved, this was also one of the few issues with the film. A large portion of the film covers the relationship between the two, which means it takes a considerable amount of time to get up to the Kerrigan incident that everyone is waiting for. This causes the nearly two-hour movie to feel considerably longer than it is. We don’t need to see Harding get beat up over and over again. If this portion of the movie had been cut by 10 or 20 minutes it would’ve made a significant difference.

If you can get over the fact that I, Tonya slows to a crawl with all of the relationship issues between Harding and Gillooly, the rest of the film is rather enjoyable. In fact, the pacing issues really don’t creep into play until just before we get to the Kerrigan portion of the film toward the end. Harding’s early life is fairly interesting, especially with Robbie playing a teenage Harding with all the adolescent fervor you’d expect.

While I, Tonya covers most of Harding’s life with decent accuracy, don’t go into the film expecting some dramatized made-for-TV film. I, Tonya is a comedy through and through. While there are some dark moments to be found (mainly surrounding the troubled relationship), the film doesn’t spend much time focused on these darker times and instead jumps quickly to another lighthearted jab and Harding and her partners in crime.

You may not expect a 2017 film about Tonya Harding to be a highlight, but that’s definitely the case with I, Tonya, There’s a lot to like about the film, and even with the pacing issues, it’s a very solid comedic entry. If you lived through the incident in the 90s you may even have some nostalgia going on, but even millennials will find entertainment here. In fact, the film is probably better if you don’t know it’s based on true events.

Synopsis: Competitive ice skater Tonya Harding rises amongst the ranks at the U.S. Figure Skating Championships, but her future in the activity is thrown into doubt when her ex-husband intervenes.