Luna’s Wandering Stars is an action puzzle game about gathering asteroids with the satellite under your control. The gameplay changes from world to world, sometimes playing like Angry Birds in space, other times like Lunar Lander or a two dimensional take on Portal. One core mechanic stays the same throughout, and that is the concept of dealing with objects in orbit and using gravity to manipulate the different objects in each level.

Luna’s Wandering Stars tends more heavily toward action than it does puzzle, and that’s not necessarily a bad thing. Each of the nine worlds in the game offers up a completely new mechanic for you to learn and play with, and some of them are quite entertaining. These mechanics are all limited to the world you get them in; they never mix together, so it feels more like nine variations on the same game instead of one game progressing through nine worlds. This, again, doesn’t have to be a bad thing. There is plenty of variety in the objects within the levels and the abilities you have in each world, and the frequent changes in the way you play the game keep you from getting too comfortable with any one mechanic. As I’ve said before, this isn’t inherently bad. Why do I keep stressing this? Because despite the good design decisions the team behind this game made, it just doesn’t come together.

One of the biggest problems is the way the game mechanics are used. Each planet gives you a new way to play the game. Lasers to blow up obstacles, the ability to set your starting trajectory, control of the planet’s gravitational field and the ability to create wormholes, are just a sampling of the myriad abilities you are given, and each one is rife with promise. The game goes a bit too far on the action side, though, and each mechanic eventually devolves into the same thing; a test of your ability to quickly and accurately, with little to no point of reference, click, drag, or move your mouse to very specific spots on the screen.

While I did manage to beat the game, there are certain levels I had to skip because my hand is currently physically incapable of executing the maneuvers necessary to beat them, and it would take months of dedicated practice to achieve it. It’s not all bad though. Some of the mechanics are used to great effect, and they really feel like puzzles. Mars, in particular, with its limited ammunition laser cannon, provides some fantastic puzzles that tie in critical thinking, clever use of a limited resource, and a reasonable amount of clicking precision.

The two most important factors that make Mars different from the other levels are limited resources and good visual references. It’s easy to accurately click on a planet of even a small asteroid that’s moving across the screen. It’s not as easy to click on the right small area in empty space with nothing to tell you if you are in the right spot until you crash your satellite into a mine. The other thing Mars got right was keeping the usage limits low on your controlling mechanic. It’s fine to have a little bit of trial and error when you only have four shots to figure out where to place, but when you have over a hundred, it gets very tiresome very quickly. Since most of the levels require at least a bit of trial and error, with objects that have unpredictable behavior or that fly onto the screen from places unknown, and can take upwards of a couple minutes to beat, it all ends up feeling like a grind designed to test your patience more than your thinking skills.

One bright spot in all of this is the narration between levels. As you progress through the different levels within each world and learn the new mechanics, the universe itself talks to you and guides you through it all. There are a lot of clever quips and back-handed compliments when you die, and amusing motivational lines when you beat a level. As you progress through the game, the universe opens up to you with hints about how to solve some of the more difficult levels, scattered in between these existential musings. For the most part it’s a much needed bit of comic relief from the infuriatingly difficult puzzles, but seeing the game mock your failures 60 times in a row does get a bit tiresome after a while.

The game presents you with more than enough information at any given time. Your satellite has a ring around it that fills up each time you collide with an asteroid, and they all tell you how much of your meter they fill up. The menus are minimal, but they get the point across and they don’t get in the way of anything. There are keyboard shortcuts for every common action and it’s pretty quick to replay the current level or move on when you finish. This is the one saving grace in the punishingly difficult cycle of failure that the game was crafted to put you through. While it may take a few minutes just to click on the wrong part of the black emptiness of space and fail the level, at least you can jump right back into it.

The controls, on the other hand, are not as refined. Some of the mechanics are fine, clicking to fire your lasers or place black holes is simple and effective. Clicking and dragging to create boosters or wormholes is a bit more arduous, and on some of the levels it’s downright painful on the wrist. Those are the worst offenders though. Several of the mechanics involve having your mouse at certain position across the width of the screen, or just where your mouse is on the screen in general. To make sure you always start off in the same spot, your mouse is pulled back to the center of the screen each time. Combine that with a quick space bar tap to restart, and I can’t tell you how many times I died trying to get my mouse back to the center of the screen before it reset and I had to move my mouse off my desk to keep going in the right direction. It may seem like a minor annoyance, but on death number 351, it starts to become quite trying.

While there are some serious flaws with the gameplay, at least on the surface it’s beautiful. The asteroids and mines aren’t spectacular, but they get the point across. The interface elements in the game are crisp and well laid out, and motion trails and other mechanical hints not only help you figure out what you need to do, but they look really nice in doing so. The game is also filled with wonderful particle effects, from the motion boosters and swirling singularities to the awe-inspiring explosions that pepper the screen like fireworks when any of the dozens of asteroids collide. All of this pales in comparison to the backdrop it sits upon. The nebula clouds and swirling cosmic dust that sit behind the game are quite simply breathtaking. I may be a bit biased here as I have a bit of a thing for photographs of cosmic phenomenon, but this game really does a fantastic job of recreating those images and giving them life as they swirl around behind you.

Each planet has its own sound track, and they all match the feeling of the mechanics on that planet rather well. The more twitchy the mechanics, the faster paced and more driving the music is, and Mars in particular, the only planet with a destructive mechanic, has a brooding and ominous score. At times the instrumentation is a bit odd, with songs that sound like they would be more at home under the big top than out in space, but the feeling of the score fits, so it rarely generates more than a slight chuckle before you groove back into the tone of the level and the music. The sound effects are few and far between, but the ones that are there are done well. Satisfying crunches, crashes, and explosions really impart a feeling of heaviness appropriate to the galactic scale that the game takes place on. Much like the visuals, the audio in the game is highly polished and really helps take your mind off of what your hands are going through.

While the game is both visually and aurally appealing, it doesn’t make up for the monotonous gameplay. Highly difficult action puzzles may be a niche market that I’m not a part of, and if that’s your thing then it might be worth looking into, but I would look with a critical eye and make sure that accurate and fast clicking and dragging is really what you want out of your games. There is no demo available, and while $9.95 is a fair price for the length of the game, it’s quite a bit to pay for a gamble on a game with fairly limited appeal. If you love twitchy mouse action with a dash of puzzle, and don’t mind a bit of swelling in your carpal tunnel, then by all means, go for it. You can buy the game direct from the developer’s website, http://serenityforge.com/games/lunaswanderingstars.html. For the average gamer, though, there are plenty of other asteroids in the galaxy. 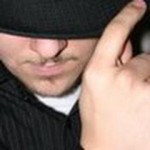 Ever since smashing my first goomba at four years old, I've been a video game fanatic. I grew up with games, and when the big studios started pumping out the same games over and over again, I turned my eye to where the real fun is. I haven't bought a game from a major publisher in years, and I want to share my love for the indie gaming community with you all. When I'm not playing or writing about indie games, I'm out there trying to make my own. Hit me up on twitter, @empyrealhell, for the latest look into this small but wonderful slice of gaming.

“MOBILE” suit up in DYNASTY WARRIORS: GUNDAM REBORN for the PS3