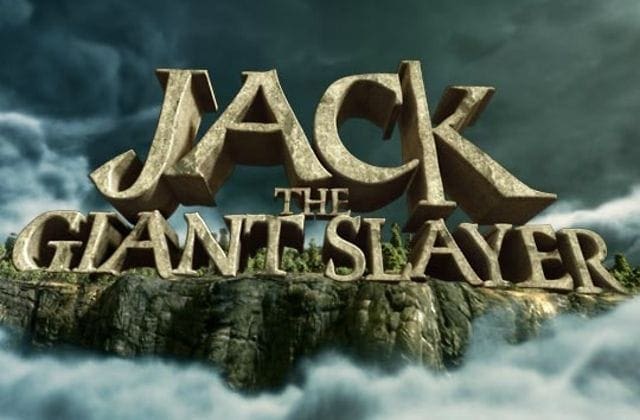 The movie starts out similar to Hellboy II in that a story is being told to children about the legend of giants, one is being told to a young Jack by his father and the other is being told to a young Isabelle by her mother. Jack happens to be playing with his toys when his father is reciting the story and of course imagines the characters in the story as his toys, much like the Hellboy II prologue. The story serves as an exposition for both the kids fascination with giants and adventure, and a backstory into something that is going to both set in motion the events in the movie and also serve as the key to victory. I would rather have seen an actual live action prologue as opposed to this weird CG sequence that resembled a pre-vis shot, but I believe this was aimed more toward the younger audience.

I grew up on Disney’s Mickey and the Beanstalk and the less exciting Moonbeam production of Jack and the Beanstalk. If you haven’t seen the Moonbeam version I suggest you hop in your DeLorean, cruise to your local video store and check it out. It serves as a sequel to the original Jack and the Beanstalk and is, um, interesting. I’m guessing the movie is aimed at the younger crowd because the giants fart and pick their noses and are generally disgusting, vile creatures, but it was a little more adult than the two I just mentioned. It reminded me of a mash-up between The Chronicles of Narnia and Lord of the Rings except that everyone’s motivations are either black or white. The people represent what is good in the world, civilized, upstanding, and all around good-natured, while the giants are the complete opposite. The human kingdom is constructed of neatly polished stone compared to the giants make shift bolder kingdom, carved into the side of the mountain on their floating parcel of land. The giant king Fallon, voiced by Bill Nighy, even sits on a throne made of human bones. There is not one good-natured giant, one even watches as his comrade burns in a lake of fire.

The movie boasts an ensemble cast featuring, Nicholas Hoult (Warm Bodies), Ian McShane (Pirates of the Caribbean 5), Ewan McGregor (Star Wars Prequel Trilogy), Bill Nighy (Underworld), and Stanley Tucci (The Hunger Games) and each one brings their own flare to the movie. Nicholas Hoult plays Jack, the sort of stereotypical but modern farm boy with a fire for adventure who happens to fall in forbidden love with Princess Isabelle (Eleanor Tomlinson), he even sports a modern haircut and a medieval version of a hoodie. Ewan McGregor is the gallant knight and protector of the princess who ends up clashing with both the giants and Stanley Tucci’s character, Roderick, who is advisor to the king and seeks the kingdom for himself by some confusing means. Instead of marrying the princess, like he was set up to do, and then maybe secretly killing the king, he has plans to control the giants and destroy the kingdom. Which makes sense in a way, but he goes about it in a whack-a-do kind of way.

The original release date of this movie was June of 2012 and was supposedly delayed in order to hone the visual effects and expand the marketing campaign. I didn’t see any of the previous visual effects for the movie so I have nothing to compare the current effects to, but if they improved on them then I’m glad they did. The giants blended in seamlessly with the live action shots and there were only a handful of times where I was distracted by the fact that it was obviously filmed on a green screen. The movie was shot in 3D and is playing in IMAX. As you may already know I’m not a proponent of 3D, but I love IMAX when shot using IMAX cameras (The Dark Knight). This is one of those cases where I’m not sure 3D added anything special to the film going experience and IMAX surely didn’t so if you don’t feel like shelling out the extra bucks then you won’t miss anything.

Jack the Giant Slayer is a worthy addition to the growing trend of fairy tale reimaginings like Snow White and the Huntsman. Direction by Bryan Singer from a story by veteran screenwriter Christopher McQuarrie mixed with excellent visual effects and charismatic acting make this one not to miss.

Synopsis: The ancient war between humans and a race of giants is reignited when Jack, a young farmhand fighting for a kingdom and the love of a princess, opens a gateway between the two worlds.

The Invisible Man | A Stark Departure from the Original, but...