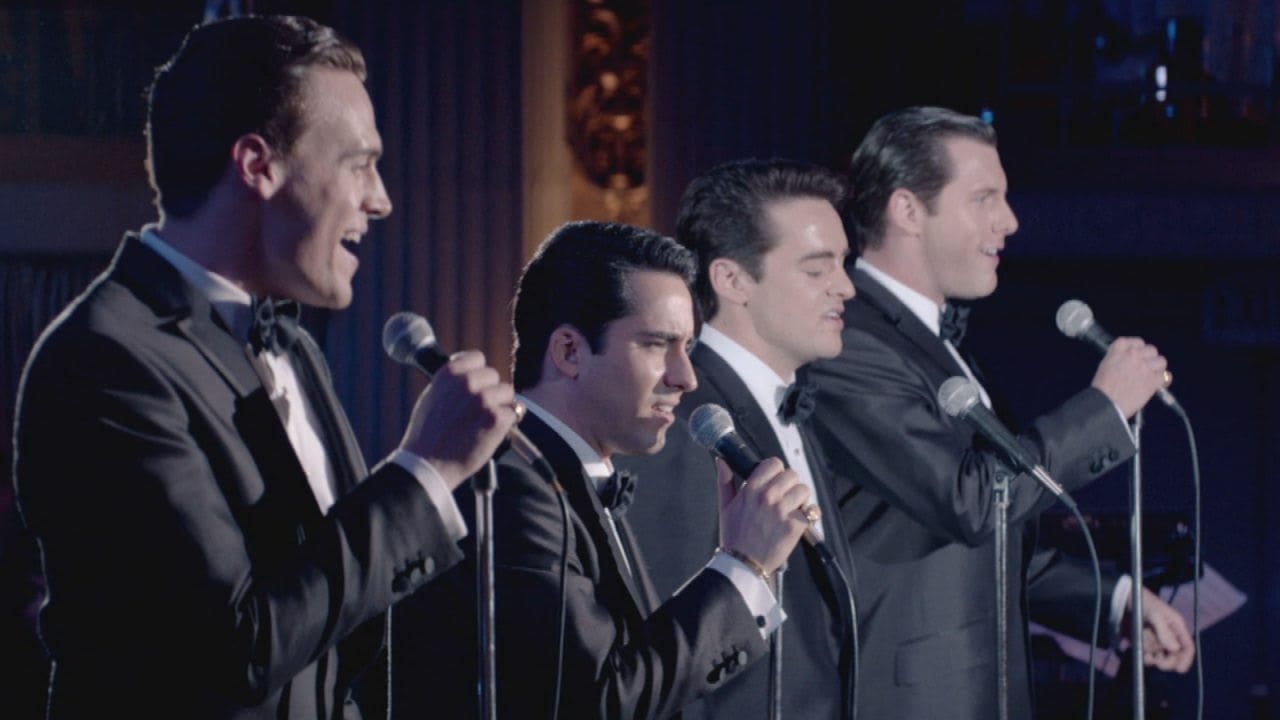 Jersey Boys is a movie about the rise of the Four Seasons, and the turbulence that accompanied their rise in fame. While music plays a big role in the movie, as you might expect, you don’t necessarily need to be a fan of the Four Seasons to enjoy the film. If for some reason you absolutely cannot stand the music of their time period, you may want to pass on the movie, but otherwise it’s an experience that can be enjoyed my anyone, not just Four Seasons fans.

Clint Eastwood has a great directorial track record, having directed the likes of Gran Torino and Million Dollar Baby, among others. Jersey Boys adds to that track record with high quality acting and directing across the board. While the beginning of the movie feels like a who’s who list of cast members from The Soprano’s (the film opens in New Jersey), even the more noteworthy cast members such as Christopher Walken as mob boss, Gyp DeCarlo, do not come across as anything other than the roles they play in the film.

The movie takes its time getting to the initial fame of the Four Seasons, but it’s entertaining enough to avoid pacing issues early on. It’s not until the mid-point of the movie, just before the group finally makes it, that it starts to drag on a bit. You know the drama is coming, but it feels as though it’s taking forever to get there. The pacing isn’t terrible, but it’s easy to imagine the film flowing a bit better with 10 or 15 minutes cut from the middle.

Aside from the slight pacing issues, there’s little to complain about. It’s a movie that bridges the old and the new. Your parents will be taken back to their youth when the Four Seasons first became popular. Each time the group sings one of their trademark tunes for the first time, the nostalgia will be overflowing. For the younger crowd, many of the songs in the film stand up to the test of time, and offer something different from what is considered “music” these days. The nostalgia isn’t there, but everything else resonates with the youngsters.

You follow the Four Seasons through every step of their career, and all of their main singles. Never once do you feel detached from the film or the story as it progresses. You’re right there with the group and the drama that accompanies their rise to stardom. Rarely do you know what year it is, unless you’re well versed in Four Seasons hits (and know what year they released), but you know when time as passed thanks to solid storytelling. It’s almost jarring when you actually get dates and time frames displayed on-screen, because the movie flows so well without them.

If you’re a fan of the Four Seasons, this movie will bring you back to a time that has long-since passed. If you’re a fan of music in general, the movie should still appeal to your eardrums. If you don’t know much about the Four Seasons, there’s still a lot to enjoy about the movie. It’s a little longer than most recent releases, and it does drag just a bit in the middle, but rarely will you find yourself wondering how much longer the film will continue. You’re too busy being engrossed in the lives of the Four Seasons, their families, and their business associates.

Synopsis: The story of four young men from the wrong side of the tracks in New Jersey who came together to form the iconic 1960s rock group The Four Seasons.

“Get On Up” Movie Review | Geek News Network

[…] quite a few movies based on biographies in recent memory. Mandela: Long Walk to Freedom, 42, and Jersey Boys are just a few of the movies that have come out over the last few years and really started to […]

Sorry to Bother You | Movie Review