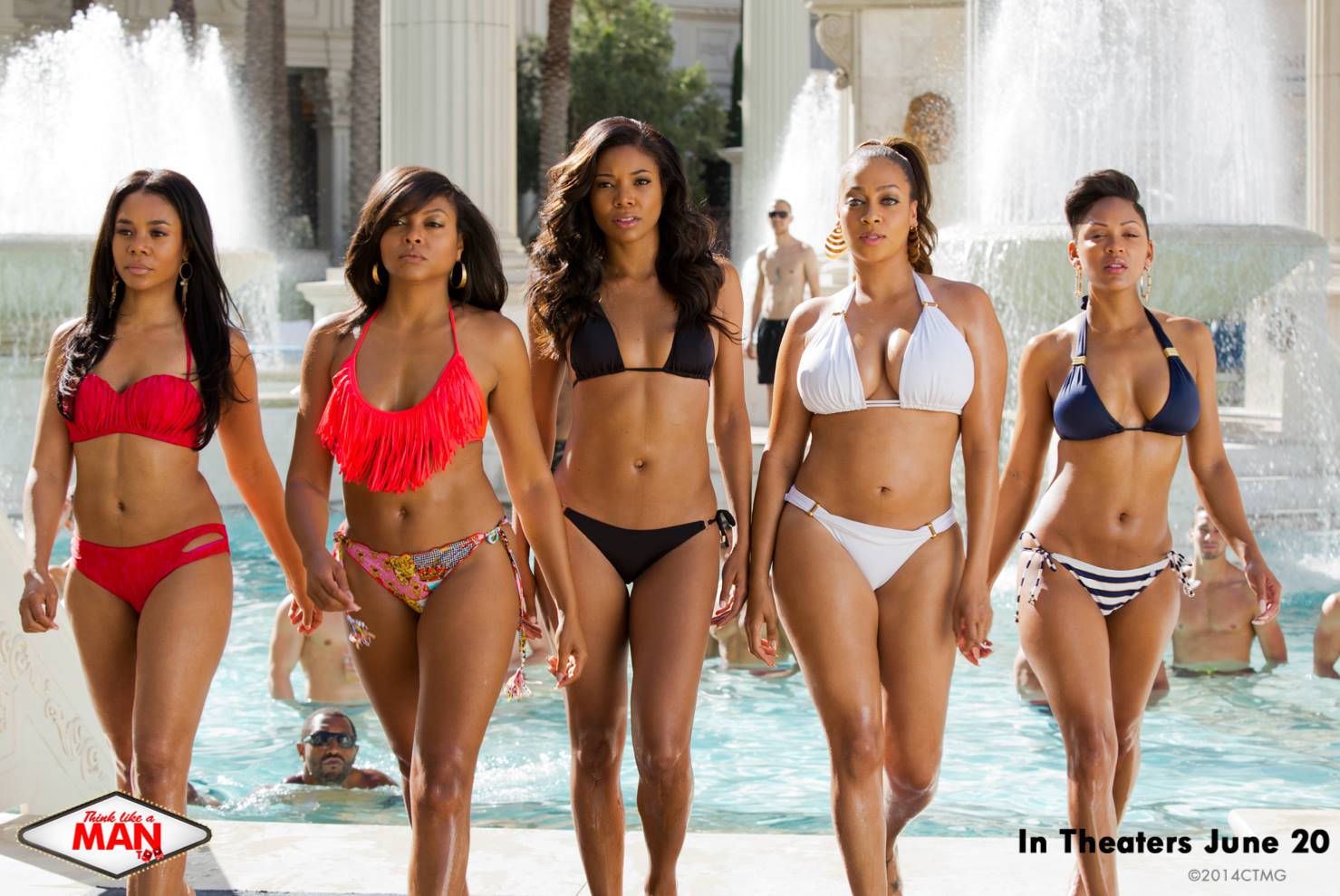 In 2009 Steve Harvey released a book titled, “Act Like a Lady, Think Like a Man”. It was a best-seller and spawned the 2012 movie, Think Like A Man. The original movie referenced the book frequently as a primary plot point that linked the four couples featured in the film. While the original was positioned as a romantic comedy, it appealed to far more than just women, as many men could relate to the issues going on between the couples. It was an enjoyable experience for all, but not something you would expect to see a sequel for.

Fast-forward two years and we have that unwanted sequel, Think Like A Man Too. At first glance, the sequel seems plausible. It follows one of the couples from the original film, Candace (Regina Hall) and Michael (Terrence Jenkins), who are getting married in Las Vegas. All of the other couples from the first film head to Vegas to join in on the fun.

Unfortunately, the cast and progression of the story from the original film is where the similarities end. There are virtually no references to the Steve Harvey book, which was the entire premise of the first film. The complete departure from what made the first film so enjoyable quite literally turns Think Like A Man Too into The Hangover, starring Kevin Hart and the cast of Think Like A Man.

Kevin Hart as Cedric is the highlight of the film, but he’s basically the only saving grace. None of the other cast members can compete with Hart, which is a stark contrast from the 2012 film. In the original, it was truly an ensemble cast as everyone played a role. Hart was certainly the center of attention and added much-needed comedic flare to the film, but it was the supporting cast that really made the film so appealing to all audiences. That is not the case in Think Like A Man Too.

Almost all of the laughs are due to Hart’s antics, but even those come up short when compared to the first film. This isn’t the sequel anyone wanted for the original film, but it’s the sequel we got, and it will likely be the last film in the series. There’s no heart here (excuse the pun), and the entire cast just falls flat on poor writing and a lackluster plot. Perhaps if there hadn’t been three Hangover films and Last Vegas before this, audiences might be able to find some entertainment in this drastic departure from the original. As it stands, Think Like A Man Too is an average romantic comedy that can barely stand on its own, let alone measure up to the original.

Synopsis: All the couples are back for a wedding in Las Vegas, but plans for a romantic weekend go awry when their various misadventures get them into some compromising situations that threaten to derail the big event.

Top 11 Terms of Surrender in the War on Christmas