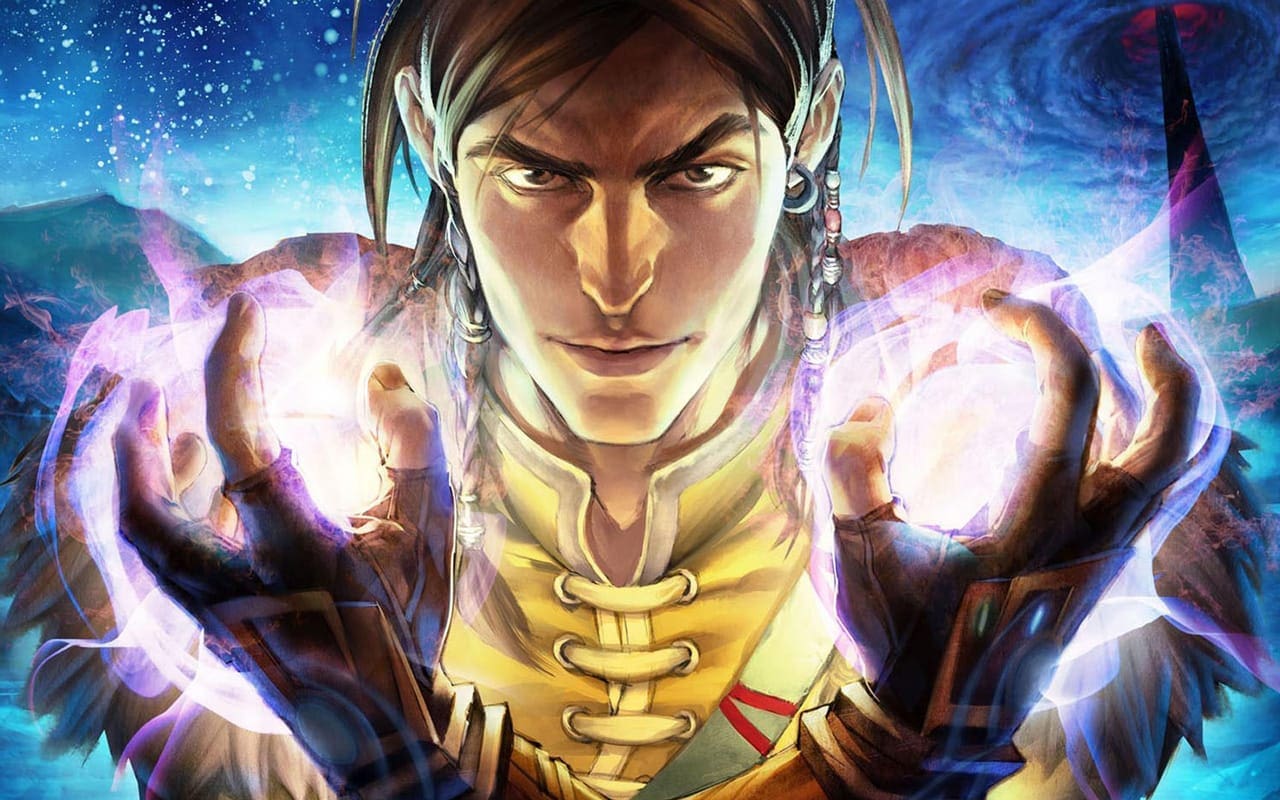 Let’s get this out in the open, I absolutely love the Fable series to a degree that I probably shouldn’t. In the realm of pop culture, the only things out-ranking it are Mass Effect and Doctor Who, which for me is saying quite a bit. This is why, unlike most people I knew at the time, I became excited when Peter Molyneux took the stage at E3 2011 to debut the trailer for Fable: The Journey. Here I was being presented with a solid reason to finally pick up a Kinect, something that had interested me in a passing sort of way, but never in a way that justified the hefty price tag. Most everyone else that I knew were screaming out about how this was diluting the Fable franchise, and that this was not the Fable IV that they wanted. Well, it works out well then that this isn’t Fable IV; instead it’s a story from outside the ‘bloodline’ tales of the core games.

A ‘bloodline’ Fable game is any of the core games in the series, i.e. Fable I, II, & III. These titles are addressed as such due to the fact that the protagonist is always a member of the hero bloodline, which by the time of Fable III has near completely died off. Fable: The Journey is separate from this in many ways: its protagonist is a random dweller (think mountain gypsies) with serious narcolepsy-related issues; the game takes place 50 years after Fable III, which in of itself would not be the biggest deal, except that Gabriel is not a descendant of that game’s protagonist. This ends up giving us a separate story, or spin-off, thus allowing us to see Albion from a completely different perspective.

50 years on, not everything is perfect in the world of Albion, and I don’t just mean from the story perspective. (The story actually may be near perfect, but more on that later.) Darkness has begun to wash over the land, and it’s up to one man, his horse, a pair of gauntlets, and an inordinate amount of flailing.

This review will be mostly spoiler-free, but be aware that it is organized as a timeline of my impressions of the game as I played. Don’t judge the overall game based on the initial thoughts, and stick around til the end.

Throughout Fable: The Journey you, as Gabriel the unwilling hero/ponce, you are thrown into segments of horse-and-carriage riding as a means of getting from place to place. The horse mechanics of the game have been the most touted aspects at all opportunities, and something I had been looking forward to since playing the combat demo last month. I’m going to be completely honest with you all, I hated the horse-travelling component within five minutes of starting it. All I could think was “How is this so botched, when the combat wasn’t all that bad in the demo?” At this point I longed for combat sections to begin so that I could stop ramming Seren into things — which made me feel really bad. These were my thoughts until I reached the first combat area, where I discovered the needless calibration difficulty that had not been present in the demo. The funny thing is that when I returned to horse-riding later on, it wasn’t all that bad.

You see, pretend that the face is horse-riding, and that the crotch is combat.

In two hours I only played for around 45 minutes or so. Took nearly an hour to calibrate the stupid game, and still it didn’t work right. Finally I discovered that I didn’t need to aim at where the enemies were, but at where the game thought they were. It still doesn’t work right 100% of the time, but at least now I’m not seeing a stupid “Accuracy” tutorial message every 10 seconds.

A friend of mine, Ky Rodgers, had this to say about my Fable plights: You had a tough time playing Fable The Journey on Kinect? Sounds like you were…( –O-O) Constantly Calibrating it.

I truly don’t see how this game can improve beyond this point. The visuals and music are absolutely delightful, and certainly pulling me in, but how am I supposed to get pulled into the story when I’m spending most of my time fighting with the lack of control?

Honestly, the game is beginning to grow on me. Maybe the break I took allowed me to get over the initial shock, but suddenly I’m more in-tune with the workings of this world. Gabriel also is not bothering me as much as he had originally; I may even have begun to like the guy. This latest play-session also gave me some time to finally play around with the Seren, horse-management stuff in the game.

During travelling segments, Seren will become injured; either due to enemy attacks that you’re unable to deflect or due the controls misinterpreting a movement, sending the beautiful horse into a landmine or an errant rock face. These things happen even when the controls are functioning correctly, so it is best to get used to it. Along the road you’re given choices, but not in the way most Fable fans are used to: you can either stop at a rest stop on the side of the road to heal Seren, or you can continue on and gather some experience. These choices are fairly easy, because unless Seren is full on health or you are just a heartless prick, you’re going to pull off to heal her. That and the experience you can get from the other track is nothing in the grand scheme of things.

You can also heal Seren at camps, which are found along your journey in story-specific areas. The camps are honestly more enjoyable than they should be, in a weird Dogz and Catz sort of way. Aside for healing Seren — which typically consists of carefully grabbing an arrow and sliding it out from her flesh or holding your hands over a series of wounds — there are several other tasks to be found in nearly all of the stops. You can grab apples from a nearby tree to feed to Seren — up to three of which will net you experience — you can feel a trough of a water, cleaning Seren is available as well, and you can always find a chest with an item card readily available. There is a strange serenity (ha!) in brushing Seren after a long day of travel. I have regularly noticed that I talk to the horse in hushed tones while doing this activity, despite the fact that it has no intrinsic value to the gameplay itself. Final Impressions, or: How I learned to enjoy the combat mechanics mid-way through the game

As my earlier impressions have shown, the combat in Fable: The Journey did not live up to what I had experienced in the demo. The demo was by no means perfect, but after two consecutive playthroughs I had managed to get the hang of combat with somewhere around 60-70% accuracy. However, during my initial playthough of the full game it became an amazing feat if I could play more than twenty minutes without my head accidentally triggering a blast of my bolt spell, or my knee causing multiple random pull spells to fling absolutely nothing around the map. Around the three or so hour mark into the eight-hour game I discovered the fireball spell, and that’s when the world of aftertouches and precision opened up to me.

An aftertouch is when you fire off a spell away from an enemy, but then with a flick of your wrist –or a flailing motion of your entire arm — you divert it back towards the enemy. With the fireball spell this will cause fire to rain down on your enemies, obliterating them in a fabulous pyrotechnic display. I’m truly not sure if something changed in the game’s coding at this point, or perhaps my own mind warped to a sudden understanding of the game’s physics, but at this moment: combat made sense! I was still flailing like a madman — something that Lionhead knew would happen and happily mock with their “Flail” and “Epic Flail” achievements — but now their was a degree of precision in my strikes. When I stretched my arm out to throw a hobbe in the air, it happened. Then when I used my right arm to set them little guy ablaze, it too happened.

This sudden rampage of spell-throwing wasn’t without its consequences, as I have now discovered muscles in my arms whose existence I had been completely unaware of up to this point. This really isn’t that terrible of a consequence, but it did limit my ability to play the game for large amounts of time. Also, I’m mostly talking about it as an excuse to post the below tweet from Matthew Allen, the community manager for The Dead Hamster, a Lionhead community:

Something I overheard at a local game store by a #FableTheJourney fan: “My right arm hasn’t been this sore since when I was a teenager.”

Fable: The Journey may not be a perfect game or even the perfect Fable game, but what I can tell you is that it is a better fit in the series than Fable III ever could hope to be. The visuals are absolutely breathtaking, especially when coupled with the music that sets the mood of Albion so well. On top of that, we’re given a full story unlike anything seen in prior releases. Without the shackles — which are nice shackles — of player-choice suddenly Lionhead was able to give of a verbose, well-executed storyline in the Fable universe. No longer were we left with half-hearted, vague plot devices and characters; now we’re given a full story that focuses surprisingly on the series’ titular character, Theresa. I refuse to go into any more detail than that, but know that if you’re a fan of the character and wish to know more, then you must play this game. Her character design and her growing relationship to the protagonist Gabriel make the game and is only second in emotional power to Gabriel’s bond with Seren.

In the end, is Fable: The Journey worth the purchase for someone who doesn’t have a Kinect already? Depends on your love of the Fable universe, but probably no. However, if you own a Kinect and love the world of Fable or are simply looking for something new to do with your living room’s creepy little camera, then pick it up! The game will be frustrating at first, but nothing compares to that crystallizing moment where the game just makes sense.

Do me a favor though: Should you pick up Fable: The Journey, make sure you take some time to stop Seren and take a look out at the world surrounding you, for it is a beautiful, wondrous place.

[…] on the part of Dishonored and perhaps it might just be me. I was surprisingly super enthralled by Fable: The Journey only a few days prior, so maybe the timing was just off. The game also did release just a few weeks […]

[…] on the part ofDishonored and perhaps it might just be me. I was surprisingly super enthralled by Fable: The Journey only a few days prior, so maybe the timing was just off. The game also did release just a few weeks […]