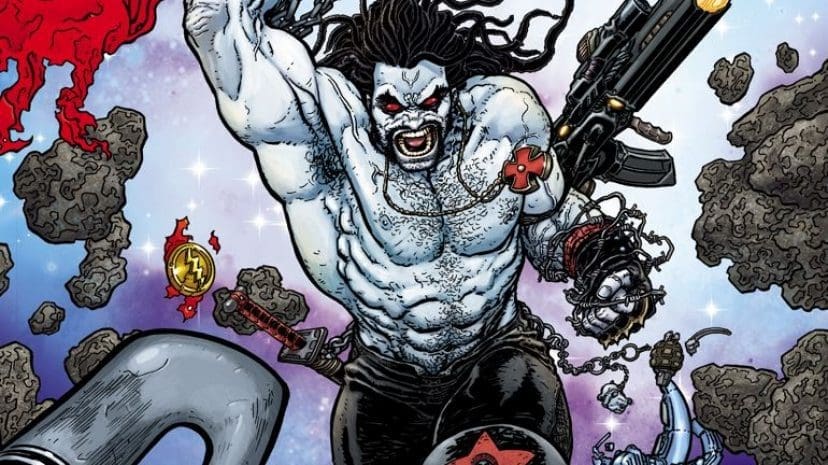 Everyone’s favorite space biker is back and better than ever. DC villain’s month kicked it up to the next level by introducing the main man Lobo in Justice League 23.2. The real question is how does it stack up?

The story takes place off world somewhere in a far off galaxy. Lobo is doing what he does best, bounty hunting. After he is done collecting from a job, an alien asked him to do a new job to smuggle something to a different planet (easier said than done). Lobo’s ship gets attacked by some smugglers trying to get the the precious cargo he was carrying. Of course, a fight breaks out and to no surprise, Lobo destroys the smugglers. After the fight, he went to his ship to see what he was smuggling. To his surprise, they were aliens that were going to be killed for the minerals in their body. Lobo sends the aliens back to the cargo hold and delivers them to his destination without a care in the world.

Introducing a wild man such as Lobo in the new 52 is not an easy task. Writer Marguerite Bennett not only made the story captivating, but she went the extra mile with the incredible twist in the end…
*********SPOILER ALERT***********
The Lobo Marguerite Bennett wrote about in this story is not the obnoxious, bike riding, chain throwing, gun shooting, swearing, loving alien everyone is accustomed to. Instead, she introduced a meticulous, smooth and cool new looking Lobo. In fact, this is the real Lobo! The other one is a complete fake! The art in the new version of Lobo was done by Ben Oliver (Nightwing) who did a fairly good job in the redesign. I am not 100% on the new change, but I am hoping that it will grow on me. This is a definite must read comic. The story was very well made and the twist in the end is making me excited to see what they are going to do the new 52 version of Lobo. He came back with a bang and I hope DC will expand more on his adventures. For now, I would have to say this is the best villains comic I have read to date.