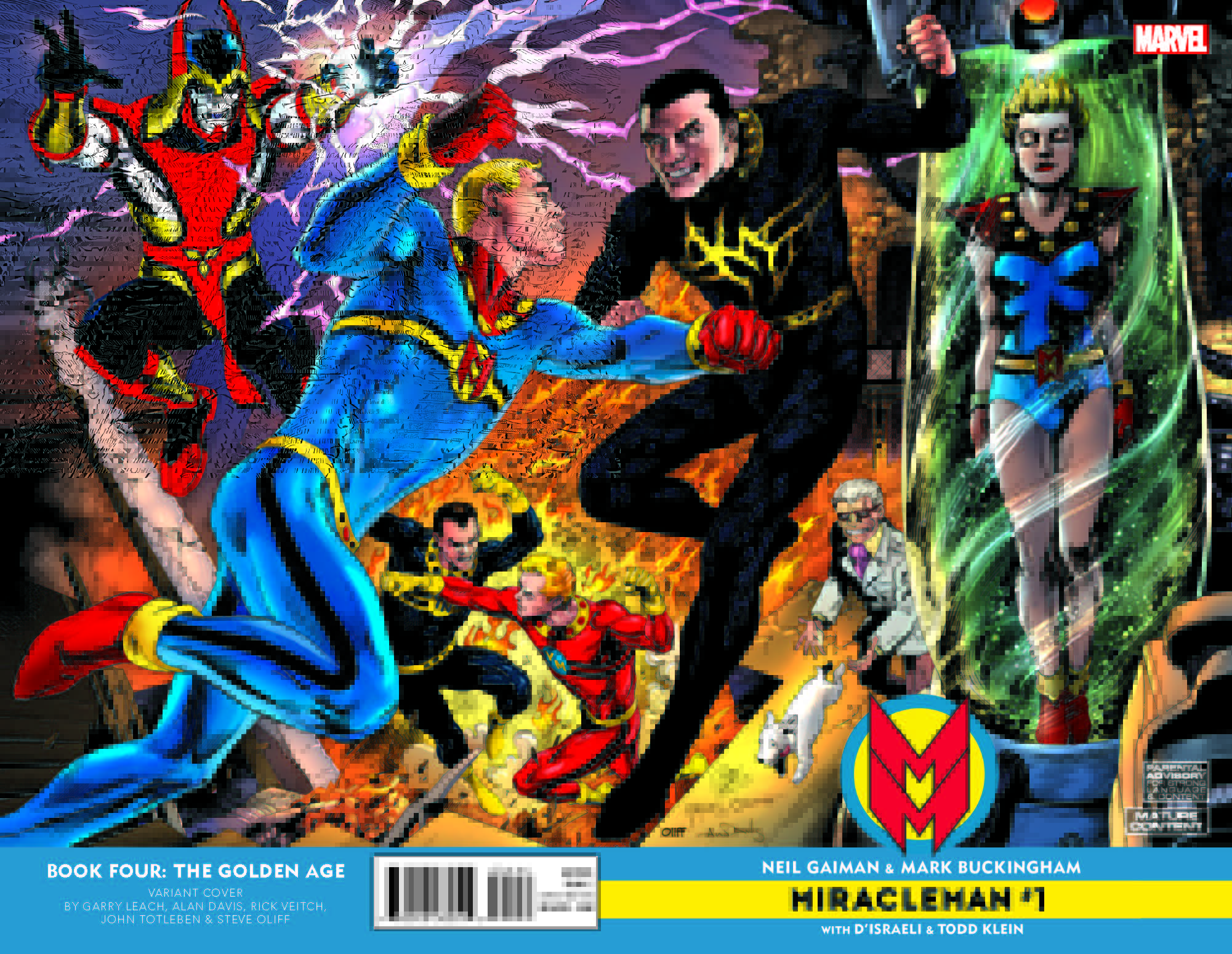 After nearly 20 years out of print and unfinished, Neil Gaiman and Mark Buckingham are going to bring Miracleman to a conclusion this fall. Returning along with Colorist D’Israeli and Letterer Todd Klein, Gaiman and Buckingham are going to bring us back to an age of Miracles, starting with the Golden age. Each issue will be directly remastered from the original art and include additional content. Scripts, Sketches, Original Art, and Rare Promo Pieces are only a few of the extensive extra features that are going to accompany the exciting return of this trailblazing story.

Marvel is set to publish the newest run of these genre defining stories. It’s about time to jump on the Hype Train before the two comic legends bring this Miracle story to it’s dramatic conclusion.

If you haven’t read the original run, written by Alan Moore, you can pick up the comics on Amazon, digitally, or (hopefully) at your local comic store. Get caught up before the September launch with Miracleman Book One: A Dream of Flying,Miracleman Book Two: The Red King Syndrome and Miracleman Book Three: Olympus – available digitally and wherever books are sold!