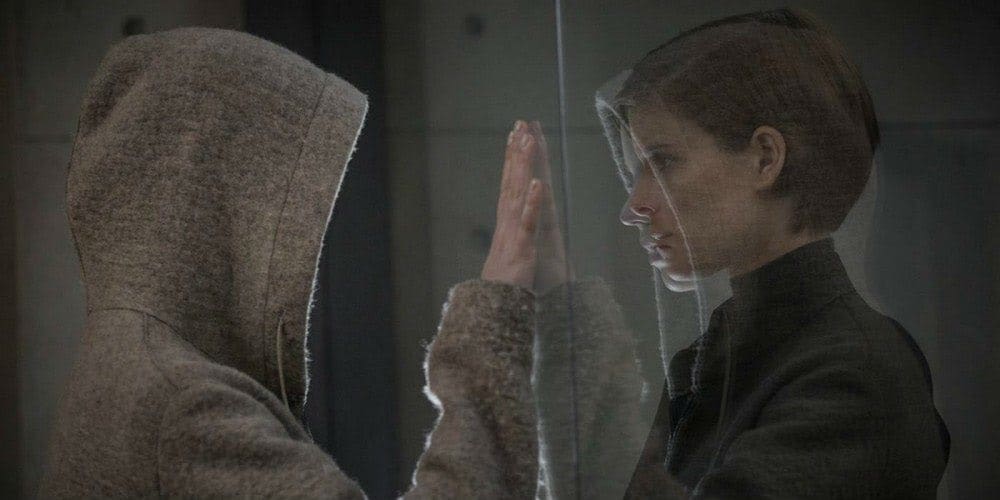 The genre of science fiction is one that authors, filmmakers, and audiences have been enjoying for decades.  Going back to The War of the Worlds or The Time Machine, then more recently with Back to the Future and 12 Monkeys, and just last year we had Ex Machina and Tomorrowland.  Some of these films have been remade several times in the hopes of adapting to an ever-evolving technological society.  A society that relates through it’s gadgets and modern conveniences.  Behind this veil of digital and mechanical imagination, we are encouraged to accept this utopia, or this dystopia depending on our opinion of the story’s political events and cultural choices.  Once we accept that reality, it makes it easier to understand the decisions of the characters we are watching or reading.  Some of these stories can be quite fun and exciting as well as thought-provoking, but it should overall be at the very least entertaining.  The latest film to dive into the sci-fi genre manages to gives us something to think about, but falls short of being very fun or entertaining.

In Morgan, directed by Luke Scott, Lee Weathers (Kate Mara) is a risk assessment consultant for a corporation and has been assigned to a laboratory in a remote location.  Her assignment is to determine the long-term viability of an asset known as Morgan (Anya Taylor-Joy), an experimental young girl who is quiet and loves classical music.  Morgan is confined to an observation chamber and is under the supervision of several doctors, including Dr. Ziegler (Toby Jones) and Dr. Amy Menser (Rose Leslie), a behavioral therapist who tries to bridge the gap between Morgan’s perception of the world and our own.  Other employees make their presence known throughout the movie and provide additional detail into their own opinions of Morgan and who or what she really is.  After a series of incidents causes her to lash out,  Lee Weathers and the corporation are forced to take drastic measures and confront the true horror of what Morgan really is.

The biggest compliment I can give this film is its atmosphere because it does setup a very intriguing premise that feeds you only the slightest of details in each scene until it all begins to form a proper picture.  As we are slowly introduced to each character, not only are their personalities and intentions made clear, but we learn what is so special about Morgan and why so many precautions are made to communicate with her.  A scene between her and a psychologist named Dr. Alan Shapiro (Paul Giamatti) is particularly engaging as it reveals for us many aspects of Morgan that haven’t yet fully been discussed.

The actors in this movie all do a terrific job, but you definitely expect more presence from some of them, such as Paul Giamatti and Jennifer Jason Leigh.  I’m not sure why you would cast these people and not give them more to do.  I wouldn’t add more script just to serve them specifically, but the story is so thin in parts that it might have worked better had they given more time to certain characters.

The atmosphere of intrigue and mystery does begin to wane and the pacing doesn’t quite catch up to where the story is headed so you may feel anxious about the movie’s resolution.  Also the movie does seem to focus heavily on where we eventually end up in the last ten minutes, but, since the film is so adamant about keeping plot details a secret, the surprise payoff just isn’t strong enough to hold my interest.  I mean I was very interested in Morgan’s backstory and how that would all unfold.  It just seems to devolve theatrically into a violent denouement that is devoid of any emotional impact.  Whether that is by design is for the viewer to decide I suppose.

Morgan’s confinement does bring up philosophical questions about humanity and free will.  One could make the argument that the lack of an emotional connection, with the exception of a few key moments, is a deliberate reflection of our society’s need to control all outcomes by any means necessary.  In order to solve the world’s problems, we must eliminate the needs of the individual and overcompensate our efforts for good measure.  Of course this way of thinking eliminates the concept of checks and balances and places the power in the hands of a select few.  In this case a seemingly faceless corporation.  Again I can only speculate because most of the movie consists mainly of figuring out Morgan as well as everyone else.

Morgan is not a unique film, but it does have good performances and a decent science fiction story.  Kate Mara and Anya Taylor-Joy, who had a successful film earlier this year with The Witch, both kept my interests and made this movie somewhat entertaining.  Rose Leslie adds depth to the overall story and Paul Giammati’s one and only scene is  a highlight.  I’m struggling to recommend you see this in the theaters, but I would definitely find the time to watch it at some point because it does offer interesting ideas that are worth a conversation.

Synopsis: A corporate risk-management consultant has to decide and determine whether or not to terminate an artificial being’s life that was made in a laboratory environment.

A Farewell To Fans From The Fallen of The Walking Dead...