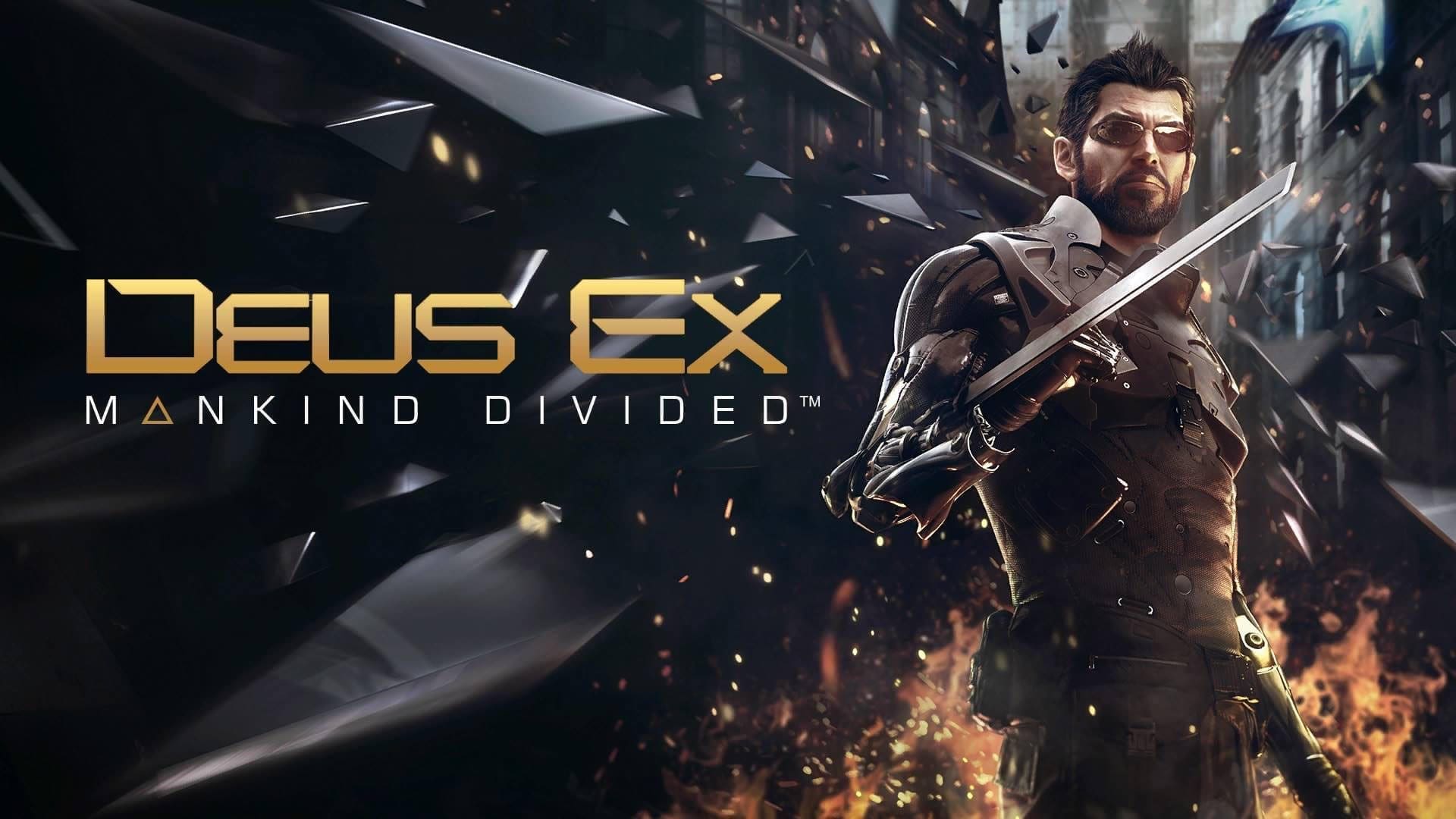 There’s an inherent risk to relinquishing control of a game to the gamer. It creates balancing issues, more intricate narratives, and a quality assurance nightmare. Most of this risk can be averted by making the given choices and paths minor, but when the choices fundamentally change the way the game is played the stakes are significantly higher. Juggling more plates make them more likely to fall, but when it works it is a sight to see. There is no better example of this than Deus Ex: Mankind Divided.

Players will once again find themselves in control of Adam Jensen, picking up two years after the events of Deus Ex: Human Revolution.  These events, which culminated in augmented individuals going haywire worldwide, had massive consequences and is often referred to simply as “The Incident”. For those who did not play Human Revolution, fret not. The game offers a twelve minute recap video when you boot up for the first time. I decided to watch the video just for fun, having played Human Revolution, and soon realized I had forgotten virtually the entire story. Even after watching the video I was still not entirely sure what happened. All you need to know is there now a divide between “naturals” and “augmented” individuals, hence the title. While the story of Human Revolution may have been forgettable, the gameplay certainly wasn’t. Despite some issues, Human Revolution was well-received and Mankind Divided had high expectations surrounding it. Luckily for us, Mankind Divided kept everything right about Human Revolution and gave us exactly what we wanted: a tighter story, the same incredible gameplay, and new, experimental augmentations to play with.

From the get-go, Deus Ex asks one of its most important questions, and one that series veterans will be intimately familiar with: lethal or nonlethal? This question is immediately followed by another of almost equal importance: close or long range? While you can fairly easily stumble upon, or buy, various weapons with different ranges and lethality, inventory space isn’t very forgiving and you’ll most likely be sticking with your first choice out of habit by the time it’s all said and done. Your responses to those two questions will be compounded by your later choice in augmentations. Glass-Shield Cloaking won’t mean much for Adam if he’s dropping soldiers left and right with an assault rifle and armor piercing ammo. Likewise, if Adam is sneaking right behind a clueless soldier he won’t have much use for the explosive Typhoon. As more augmentations get added and upgraded the gameplay fundamentally changes, creating constant balancing issues. Eidos did an amazing job fleshing out each mission, providing a multitude of ways to approach each objective and catering to numerous play styles. Not a good enough hacker to get passed a pesky keypad? Stack a few crates and maybe you’ll find an unlocked window on the floor above, or maybe punch a hole in the wall and climb on through. Players are given an incredible amount of control over the way each mission unfolds, making each playthrough unique. 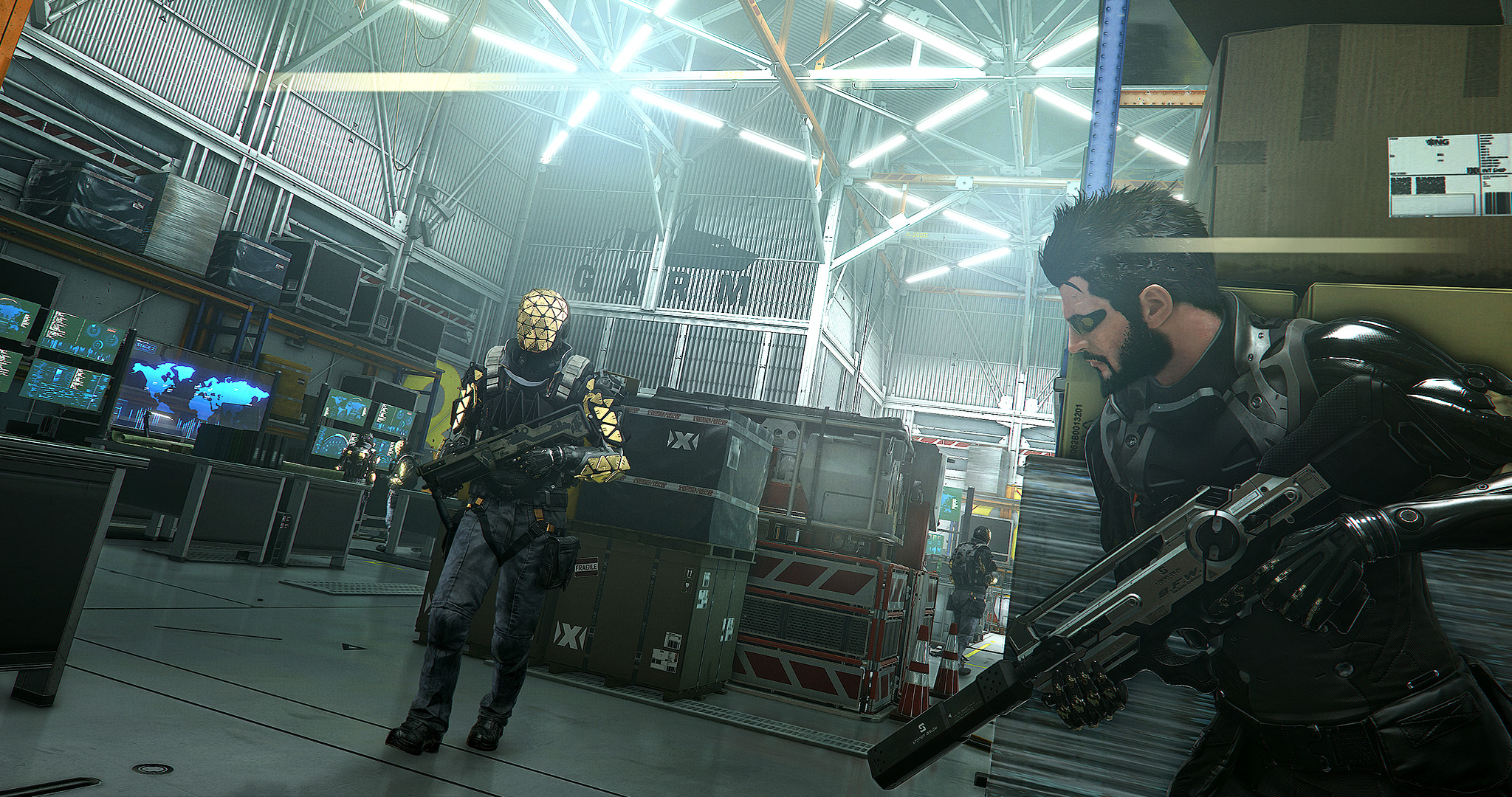 One of the major improvements Mankind Divided makes from its predecessor is the scope of the story. While Human Revolution grappled with global conspiracies and the Illuminati and a far-reaching plot, it ultimately became confusing and forgettable when looking back on it. Mankind Divided, while still dealing with conspiracies, stayed more grounded this time around, focusing on a bombing that occurs early-on in the story. Mankind Divided did an outstanding job balancing a manageable story while still struggling with the conspiracies and mistrust that the series is known for. Just because the story is not as far reaching as the last does not mean it’s any less intricate. There are numerous, surprisingly compelling side missions spread throughout a beautifully realized Prague. While some side missions will stem from main story missions, others can be hidden in a random email or pocket diary. One mission in particular stayed at the forefront of my mind as I eagerly awaited my contact to call me with an update every time I completed a main objective. These missions provided a nice change of pace from the main missions and helped breathe life into the bustling cityscape.

While Mankind Divided delivers in so many different aspects, there is one glaring issue that I honestly cannot believe wasn’t changed after Human Revolution. Despite having so much control over your playstyle, if you want to take a lethal approach it won’t always be stealthy. While weapons can be improved with a silencer, hand-to-hand combat is a different story. No matter how quietly you sneak up on an enemy, if you opt for a lethal takedown get ready for everyone in the vicinity to know exactly where you are. I don’t quite understand how headbutting a soldier with an audible grunt alerts nobody while using a (seemingly) silent blade causes such a ruckus. This oversight by Eidos stands as a blemish on an otherwise darling game.

Outside of the Mankind Divided story mode is an all-new game mode called “Breach”. Breach puts players in the game as avatars trying to hack into a notoriously “unhackable” security farm. Breach offers a separate augmentation tree than Adam Jensen’s, giving players a chance to try out different augmentations without replaying the story. Breach’s time trial based gameplay is ideal for short bursts, providing the stellar gameplay with a more digestible narrative.

While Mankind Divided isn’t perfect, it’s not far off. The gameplay is the series’ best yet and the compelling story kept me wanting more. Mankind Divided’s incredible balance has raised the bar for choice-driven games. Whether it’s the balance between main missions and side objectives or the balance between play styles, Eidos clearly gave a lot of thought to virtually every aspect of the game. Mankind Divided stands as a shining example of how simply keeping the players in mind can pay off in a big way. Deus Ex is out on Xbox One, Playstation 4, and PC; this is a game that should not be ignored!

“The Last of Us Review” Game Review