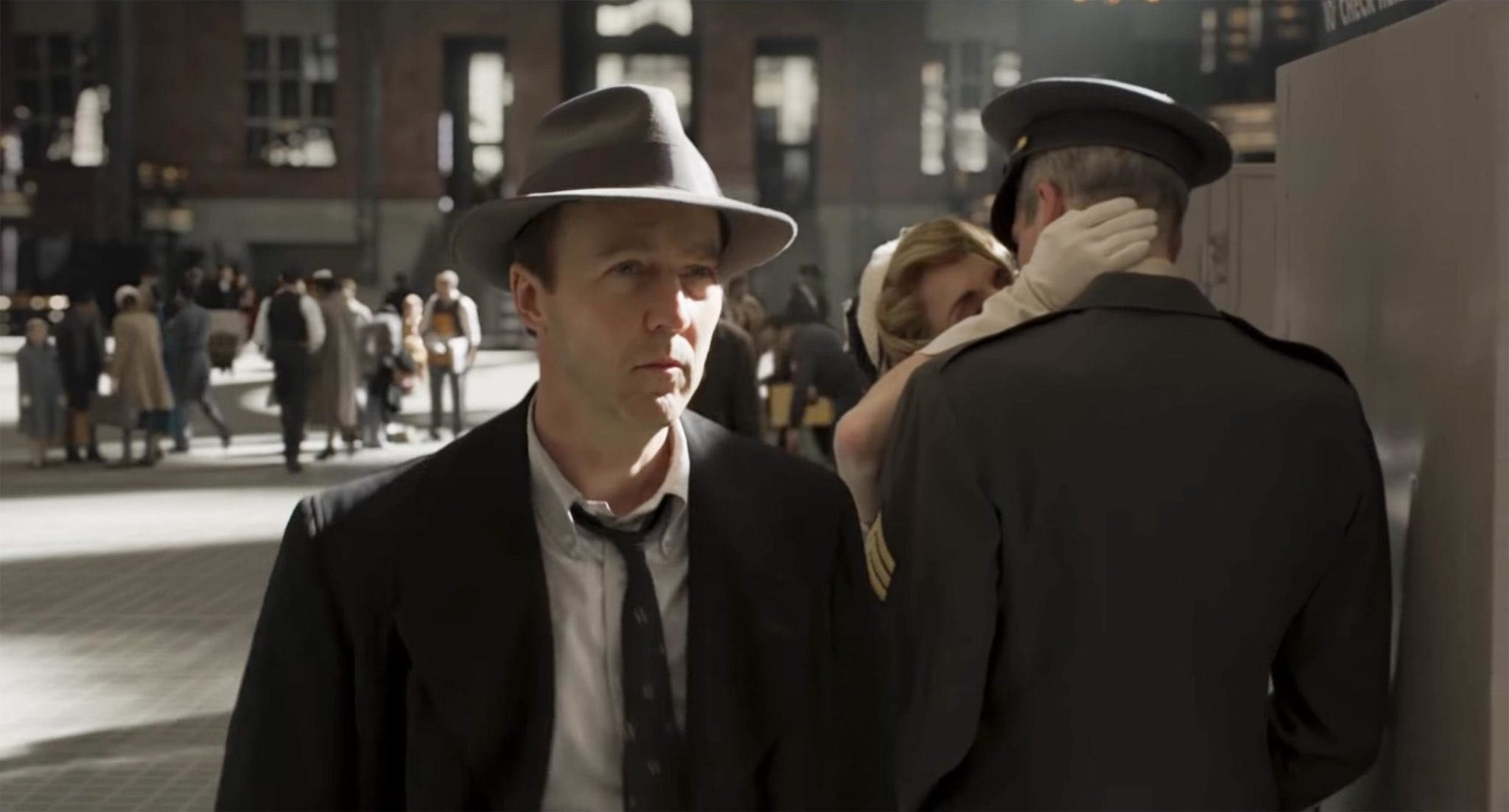 At a time when legendary directors are downplaying the artistic value of superhero films, Edward Norton is reviving the classic detective drama with his latest directorial effort, Motherless Brooklyn. It’s a film that will take you back to the old days of crime dramas on film and TV, similar to Quentin Tarantino’s affinity with taking audiences back to a time when westerns ruled the cinema.

Norton not only directs Motherless Brooklyn, he stars in it too. Taking on the role of Lionel Essrog, a private detective working for Frank Minna (Bruce Willis), he finds himself caught up in a mob-like political scandal that would feel right at home as a plot on The Soprano’s. As the film kicks off, Frank has a meeting with an unknown group that doesn’t quite go as planned. It’s up to Lionel to crack the case in Frank’s stead.

While the film could easily play out like a traditional detective drama, Lionel has a condition similar to Tourettes Syndrome that causes him to blurt out random words and phrases at the most inopportune times. He also has some high-functioning autistic traits and a heavy case of OCD. The film takes place sometime after World War II, so his “condition,” as the film refers to it, is never clearly defined. However, Lionel has a photographic memory and provides most of the comic relief throughout the film without being too insensitive.

Some of the key players Lionel encounters include cutthroat politician, Moses Randolph (Alec Baldwin), a down on his luck genius, Paul Randolph (Willem Dafoe), and an activist group aide, Laura Rose (Gugu Mbatha-Raw). All of these people are caught up in the political scandal to some extent, but it’s up to Lionel to put together the clues and figure out exactly what’s going on.

While all of the major players offer fantastic performances, it feels as though only Norton is artistically challenged here. Almost everyone else is playing a similar role to what they’ve done many times in the past, including Michael K. Williams as a jazz musician with a personality oddly similar to his roles in The Wire and Luke Cage. At the very least the casting is spot on.

Motherless Brooklyn is certainly an enthralling film, but it’s far from perfect. The film dashes out of the gate with an explosive opening act but then slows to a crawl just as quickly. In fact, most of the second act has significant pacing issues, holding on some scenes far longer than necessary as Lionel attempts to crack the case. It’s not until the third act when the film finally gets back up to speed for a satisfying conclusion.

The pacing issues aren’t enough to sully everything else the film should be praised for, but it does hold back Motherless Brooklyn from potential greatness. As it stands, the film represents a genre of cinema that is rarely seen these days, and it delivers on all fronts. It won’t be a surprise to see Norton earn a few nominations and awards for his portrayal of Lionel. At just shy of two and a half hours, the film could have used a bit more trimming, but overall it’s worth your time at the cinema.

Synopsis: Set against the backdrop of 1950s New York, Motherless Brooklyn follows Lionel Essrog, a lonely private detective afflicted with Tourette’s Syndrome, as he ventures to solve the murder of his mentor and only friend, Frank Minna.