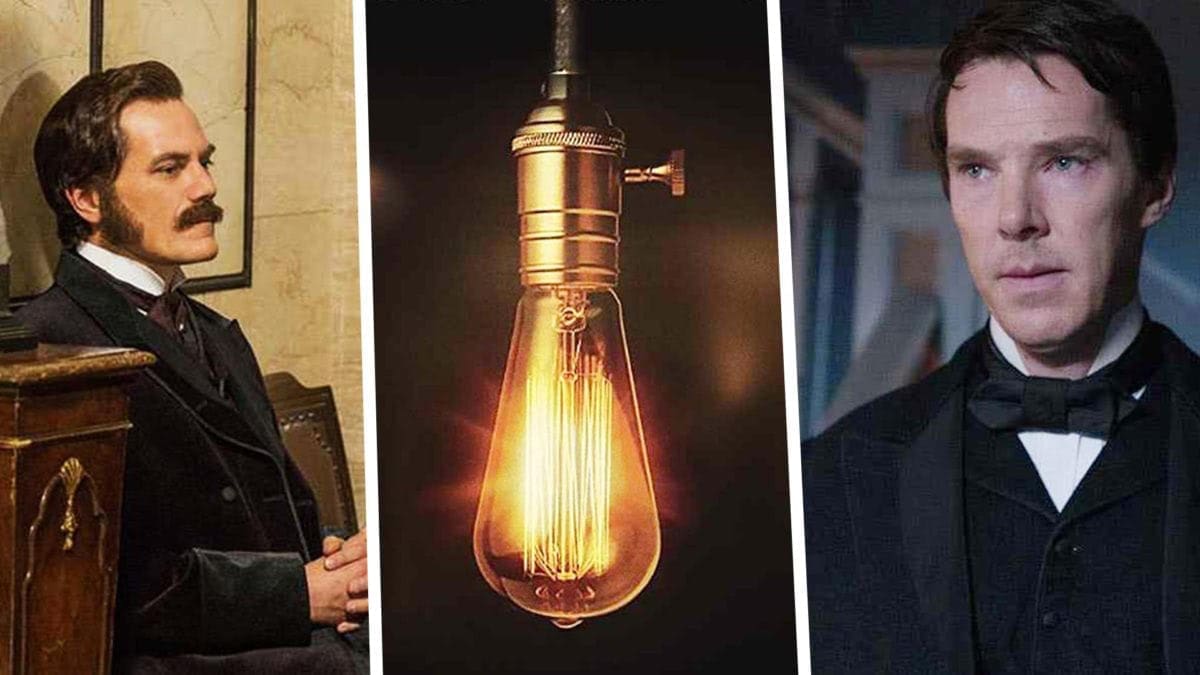 Thomas Edison and George Westinghouse are two names that helped found the modern era. Without these two men, the world would not be what it is today. They were both passionate men with a flair for the dramatic and a strong desire to be the best. One would think a film chronicling the clash between these two men in the late 1800s would be a heavily dramatized battle of inventors. Instead, The Current War: Director’s Cut struggles to keep an audience entertained despite commendable performances by the two leads.

The Current War: Director’s Cut (the only cut of the film available in theaters) features the titans of the early American industry, including Thomas Edison (Benedict Cumberbatch), George Westinghouse (Michael Shannon) and J.P. Morgan (Matthew Macfadyen). There are also notable appearances by Edison’s trusty secretary and bookkeeper, Samuel Insull (Tom Holland), and Edison’s electrifying rival, Nikola Tesla (Nicholas Hoult). Every single one of these thespians delivers an enthusiastic performance, but even the best performance in the world can’t overcome a lackluster script.

Michael Mitnick was tapped to write the script for The Current War. If that name doesn’t sound familiar, it’s because his previous writing credits aren’t particularly impressive. He wrote one episode of the TV show Vinyl and was tasked with writing the 2014 film, The Giver (which is currently sitting at a befitting 35% on Rotten Tomatoes). It’s interesting that The Current War has such impactful talent starring in the film, but ended up on the opposite side of the spectrum when it was time to write the script.

All of the primary actors pour their hearts into these iconic roles, but to put it bluntly, it doesn’t stop the film from being boring. It’s well known how hard-headed Edison was when it came to using DC current instead of AC current. That’s depicted in the film, along with his rivalry against Westinghouse, but there’s virtually no sense to be had at any point in the film.

As the two powerhouses of industry battle for control over the lights that will illuminate America, never is the audience compelled to make a distinction between the two, or even root for one over the other. In fact, the only slight crumb of tension comes when Franklin Pope (Stanley Townsend) historically dies. There’s just nothing in this film that’s truly compelling. Even Tesla’s tremendous brilliance and equally inept ability to make money from his brilliance are severely downplayed to the point of becoming a minor side character who could easily have been left out of the film completely.

To take these issues a step further, the film opens and ends with Edison at Niagara Falls. It can only be assumed this is meant to show Edison progress beyond electricity, but it doesn’t offer anything to advance the story or even bookend the film, and instead feels completely out of place. There are also several scenes throughout the film in which Westinghouse is shown during his Civil War days. Each time the film flashes back to a singular encounter in which he outwits death. The message of this scene is also lost as it continually shows up at random points throughout the movie.

The Current War was delayed many years after the film was completed. It was originally supposed to release two years ago but was delayed due in part to the sex scandal that destroyed Harvey Weinstein’s career (The Weinstein Company was the original distributor of the film). The rights were passed around a bit and it’s clear that this was not a film any company was clamoring to release, despite the stellar cast. Do yourself a favor and wait for The Current War to hit a streaming platform. There’s not much to see here…

About The Current War: Director’s Cut

Synopsis: The dramatic story of the cutthroat race between electricity titans Thomas Edison and George Westinghouse to determine whose electrical system would power the modern world.

INSIDE OUT | Movie Review

Spider-Man: Into The Spider-verse | Movie Review