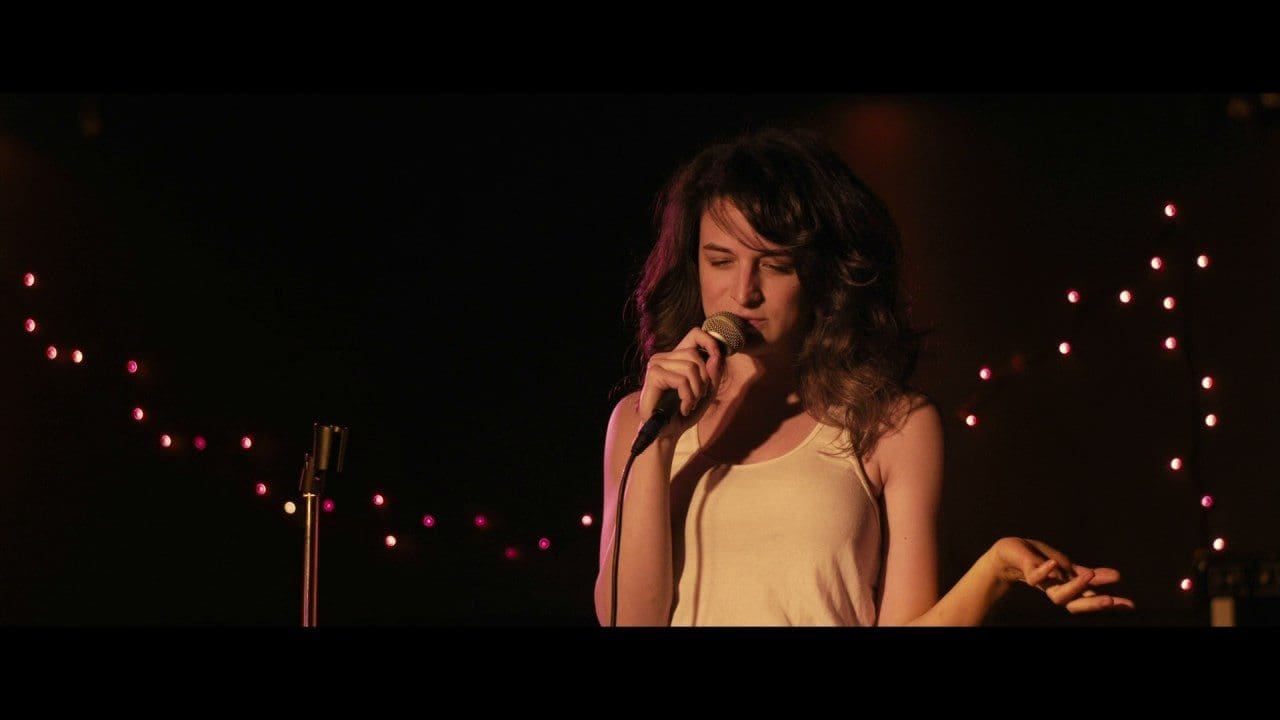 What was your worst day? Getting dumped? Cheated on? Losing your job? Imagine all of that happening in just one day. Then throw in a drunken one-night stand and an unplanned pregnancy as a result, and you’ll be right where Donna Stern is. A bookstore worker by day and comedian by night, Donna isn’t ready to be a mother. She is told about her options, and makes the decision to have an abortion. Max, the unintended father, actually likes her and wants to date her, and she struggles with whether or not to tell him.

I’ll get to the obvious subject later, but first I really do have to applaud Jenny Slate for her performance as Donna. She is cute, quirky, adorable, and she has talent by the truckload. Her performance was hysterical, touching, and utterly relatable. She’s not the drop-dead gorgeous Hollywood starlet, she’s an attractive, normal woman, with a personality that spills out of her, to the best degree. I look forward to seeing where this starring role will take her. Jake Lacy, as Max, was endearing and warm, and an awesome supporting actor. Performances from everyone were really good, especially the parts played by Richard Kind and David Cross.

Onto the big topic: Obvious Child is a movie about a woman having an abortion. A topic that most of Hollywood always shys away from, and the main dish in this amazing film. Even in movies about unplanned pregnancy, Juno or Knocked Up, for example, abortion is either largely ignored, or villainized to some extent. In this case, though, we are shown a much more realistic view of this hotly-debated topic: Clean environment, kind workers, and a relatively painless procedure. They worked closely with Planned Parenthood, to more accurately convey the average experience women have, and it shows.

Rather than the big question of the movie being “Should I have an abortion?” it’s “Should I tell the father what I’m doing?” And while Donna is sure of her decision, she does show remorse at it being necessary. One of the best parts, to me, was how supportive everyone was of her decision. She wasn’t faced with protesters, naysayers, or overly-invasive friends shoving opinions down her throat, and the way Max handles everything was lovely. Best of all, though, was the way Donna handles everything. She knows that she’s not ready, so makes the obvious choice for herself, the choice that will be the best for everyone involved.

At a time when abortion is still such a huge debate, this movie is a breath of fresh air, demonstrating that, after an abortion, you can have a happily ever after.

Synopsis: A twenty-something comedienne’s unplanned pregnancy forces her to confront the realities of independent womanhood for the first time.