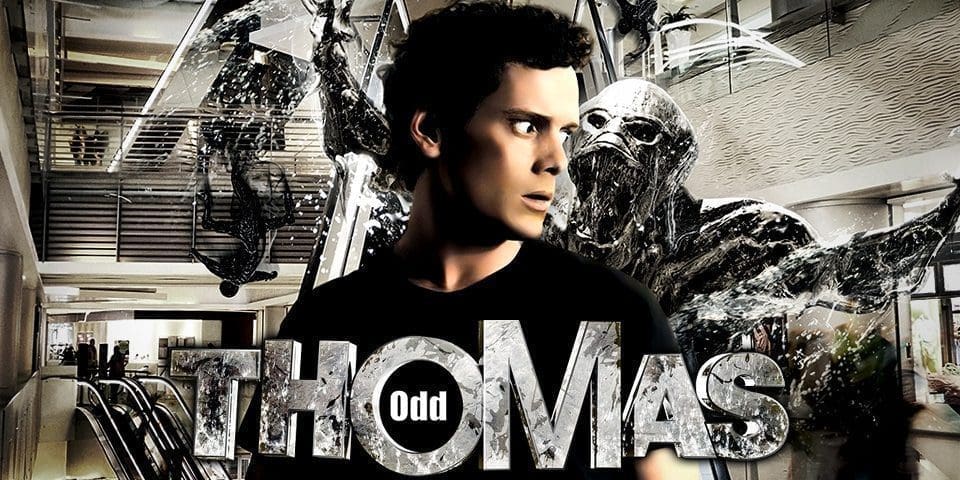 A few years ago I was introduced to the Odd Thomas universe by my brother. I was a little leery at first because I’m not a huge Dean Koontz fan and I always thought of him as a Stephen King knock off, but as I delved deeper into the book it quickly became one of my favorite novels of all time. It’s not that it’s great writing or anything (it’s better than my writing), but the world that Koontz created is so interesting and the characters that fill it are so charismatic that I could barely put the book down. He faltered a little bit with the sequels, but they were still entertaining as well.

When the news broke that they were making an Odd Thomas movie I could barely contain my excitement. Then the news broke that Stephen Sommers was directing it, which completely took the wind out of my sails. Sommers’ movies are fun, but they aren’t what I call “good,” but being the optimist I am I reserved judgment until I actually saw the flick. The movie hit many obstacles along the way and I was beginning to fear it would never see the light of day. Then last year I read that it was being shown at various film festivals around the country and the glimmer of hope returned. The good news kept coming and coming when DirecTV was offering it on pay-per-view, of course I didn’t have DirecTV so I waited. Then it popped up on Amazon for preorder which meant that I would be able to see it soon, and finally earlier this month iTunes put it up for rent and I could hardly wait for my next day off so I could watch it.

I was a little skeptical going into it because even after seeing all the cool stuff in the trailer it still seemed to possess qualities of a made for TV movie and sometimes it’s hard for me to look passed that kind of stuff. And while there are moments like that in the movie it manages to be skillfully done and rise above that in most parts. Given its budget and the legal battles, which I’m sure sucked some of that up, it looks like they did the best they could with what they had.

What really stood out to me where the performances. Anton Yelchin killed it as Odd and in my opinion doesn’t get enough main stream attention. Anyone who hasn’t seen Charlie Bartlett should really check it out. Addison Timlin, who I’ve never heard of, but apparently has been around for ten years, plays Stormy, Odd’s girlfriend and the two really shine together. The entire cast really has great chemistry together that makes you feel a connection with them, even the underutilized Patton Oswalt as Odd’s comrade, Ozzie.

Of course with any book to movie adaptation there will be some changes, and often times (Watchmen) they are for the better. The biggest one fans of the book will notice is the absence of Elvis. In the book, Odd is always followed around by some sort ghostly celebrity companion. The first few books featured Elvis. It is never really explained why they are there and in a movie surprisingly as dense as Odd Thomas it’s not going to do anything but drag the narrative down to a crawl so they got rid of him, but there is a nod to it as Odd has a life size cardboard cut of Elvis in his apartment. In the arena of things that stayed the same, my favorite would have to be the bodachs, which are demon like entities that only a very select few, including Odd, can see. The amorphous designs of the creatures work well on screen and it was delight whenever they would pop up.

Odd Thomas isn’t Old Country for Old Men adaptation level good, but it is thoroughly enjoying and should please fans of the book and newcomers alike. I even found myself getting choked up at the end of this too, for those of you who have read the book.

Synopsis: In a California desert town, a short-order cook with clairvoyant abilities encounters a mysterious man with a link to dark, threatening forces.

Fantastic Beasts and Where to Find Them | Movie Review

The Space Between Us | Movie Review