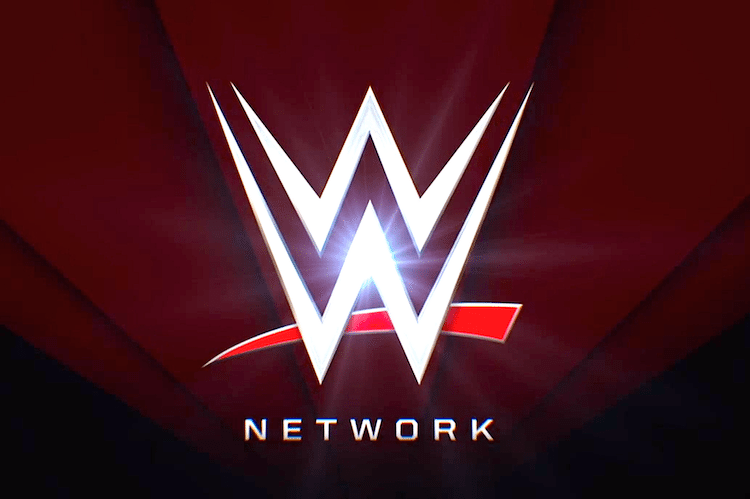 February 24, 2014 marked the official launch of the WWE (World Wrestling Entertainment) Network, an app-based streaming service offering over 1,500 hours* of professional wrestling content, including access to the WWE’s 12 monthly live pay-per-view events for only $9.99 a month (with a six month commitment). Mirroring similar services such as Netflix or Hulu Plus, the WWE Network is available on most devices including iOS, Android, Kindle Fire, PS3, PS4, Xbox 360, and Roku (Xbox One and Smart TV support is said to be arriving this summer). Geek News Network’s resident wrestling pundits Mike Teevee and John Dubrawa have both sampled the WWE Network for the entire month of March and offer up their thoughts below just time for the service’s most prolific offering, Wrestlemania 30 on April 6, 2014:

WHAT IS THE VALUE OF THE WWE NETWORK?

MT: The value is in its simplicity. Pay for a whole bunch of WWE video footage. WCW, ECW, even some of the old territory footage is here. It would probably be well worth the 9.99 a month with just the archives alone. Now, add in the fact that every single PPV during the year is included in the price? The six month commitment is cheaper than Wrestlemania 30 alone! (In HD on DirecTV that is). Some complaints out there are why not just get a station, why go over the top like this. When it comes to those statements, I truly believe that this is the only real way for something like this to work. I don’t know how long a Cable or Satellite company would have given them, or how much it would have cost to add the channel to your given subscription. (If you use HBO as an example, this is already cheaper).

JD: Cable and Satellite companies should take note of the WWE Network because I think it’s the future of media delivery. Cutting cable is a popular practice these days (I’ve been cable-free for about two years) and the rise of streaming services is inevitable. As Mike said above, just purchasing Wrestlemania 30 is more expensive than signing up for the WWE Network for six months, so mathematically it seems like a no-brainer. My only skepticism arises from attempting to watch the NXT Arrival PPV, the Network’s first live PPV event, and having it cut out on me about ¾ through the show. Looking on Twitter, I found that I was not alone in this experience and although the WWE has sent multiple e-mails apologizing for the mishap, just imagine if the feed for Wrestlemania 30 cuts out before the main event. Yes, this kind of thing can happen while watching it on a cable feed as well, but considering the WWE Network has not been fully tested to the degree it will be come April 6, I worry that the value of the Network will be considerable lessened if the PPV feed malfunctions at all.

JD: Jumping back twenty years to when I first started watching professional wrestling, if I were to know that someday I would be able to watch every WWF, WCW, and ECW Pay-Per-View at my leisure it would have blown my eight-year-old mind (seeing my older, scruffy self probably would be amazing to a younger me too). However, as a more time-limited adult with a full-time job and other boring obligations, the content of the WWE Network is overwhelming. I watched a large portion of these PPVs at the time of their original airing, so imagine being presented with a list of all the movies you’ve ever watched and being asked to pick one. But even then, most of the events contained several good (sometimes great) matches and ones not even worth fast-forwarding through, so where does one even begin? After signing up for the WWE Network and being faced with that very question, I wound up watching the 2001 Royal Rumble where I snagged this fantastic screenshot of comedian Drew Carey competing on the card:

MT: The first thing I watched gave me the same kind of feeling. I struggled with what I would hit first, and then I saw it. Right there in glorious high-definition colors on my PS4. Royal Rumble 1992. I had started watching pro wrestling a lot earlier than that, starting probably in the mid 80’s but this match had a special allure to it. Ric Flair not only winning, but also being in for over an hour and being the third entrant. I sat there with my eyes wide, smiling like a doof and loved every minute of it. On the flip side, there are just as many misses as there are hits when it comes to some of the content, but I was very glad to see that they would include the horrible stuff (Halloween Havoc 2000) with all of the great stuff (pretty much everything outside of a few King of the Ring and ECW shows). The fact that I can go from watching Ricky Steamboat vs Randy Savage to The Dudleys vs The Hardys vs Edge and Christian TLC match is better than sliced bread. I do wish they had a full archive of RAW episodes, rather than just the few they do have (with no real way to search for them.)

JD: Searching is an area of the WWE Network that definitely needs improvement. Just to conduct a mad-scientist-like experiment, I searched for “Yokozuna” and while the results allowed me to jump right into a certain match with him in it or the end of said match, there were egregious omissions, like his Wrestlemania IX WWF Title match against Bret Hart that I know is on the WWE Network. Not to mention I received entries simply labeled, “Singles Match” without any indication of what the event is or which wrestlers are involved. But easily the biggest downside to the content of the WWE Network is, as Mike said, the lack of full archive of RAW episodes. Right now there’s just a smattering of episodes with no rhyme or reason, and since the WWE does not want to completely break ties with television companies means current RAW and Smackdown episodes are listed 30 DAYS after their original airing. As someone who uses Hulu Plus to watch WWE television programming the day after it airs, the WWE Network is a little disappointing in that regard.

HOW IS THE VIDEO QUALITY OF THE WWE NETWORK?

MT: A few weeks before the WWE Network launched, I watched the Mankind vs Undertaker’s Hell in a Cell match. You know the one I am talking about. I watched it on YouTube, on my phone. Granted, I have a Galaxy Note 2, but it is still a phone. Not to mention the quality of the video on YouTube was just this side of awful. I explain this so that it is understood that prior to having the WWE Network, we were stuck with the butt-cam versions of random matches haphazardly tossed onto YouTube. Now what we are graced with nothing short of wonderful. I haven’t had any loss of resolution on anything I have watched it on. PS3, PS4, and my rather sad excuse for a laptop all run the Network at high def (though I cannot for the life of me remember the actual resolution). I have not experienced any slow down, or unfortunate buffering either, and that is with a questionable internet stream. Anyone with a halfway decent ISP will fly through PPVs nicely. I do wish they offered a “continue” option, in case you have to stop in the middle of a match or ppv (as of now, you have to start over and manually find your spot)

JD: Yeah, that “continue” option would have come in nicely during my first few attempts at watching content on the WWE Network, which was spotty at best. I signed up the first day the service was offered and immediately tried it on my iPad. There were buffering issues whenever I would try to fast-forward and the video quality looked akin to Mike’s YouTube adventures. On the Roku, PPVs would stop after about twenty minutes, so not being able to continue from where I was unceremoniously dropped made it impossible to tolerate. PS3 has offered the best quality of video to date and considering the number of patch updates that have been pushed through since the service launched in February, the WWE is working on making it the best streaming service available. Any of my more recent attempts to access the WWE Network have gone perfectly, so it appears the WWE has this under control for the time being. We’ll see what happens come April 6 and Wrestlemania 30.

JD: You’ve probably just skipped to this section to get to the bottom line, so I’ll try to answer as concisely as possible. Current WWE PPVs are about $44.99 a month, with Wrestlemania costing even more, so mathematically, the WWE Network is a superb deal. Obviously, however, that’s only if you can commit to watching them each month. Signing up for the service requires a six-month commitment at $9.99 a month, so if you plan on watching at least two PPVs (or one Wrestlemania) in that time frame, you’ve paid for it in full. The catalog of great PPVs of the past is just gravy.

MT: Just the cost of PPV’s is worth the monthly fee (and six month commitment) for the Network. DirectTV is charging $70 for Wrestlemania 30 in HD, ten bucks cheaper for standard def. I think I have watched at least one PPV every day since launch, which tells us two things. One, yes, I may need to rethink my spare time, but two, I haven’t even scratched the surface of what is available. I agree that if you consider it in a way that you are just prepaying for all of the PPV’s throughout the year, the vast number of archive footage that is there is gravy on the cake…or icing on the roast. You know what I mean!