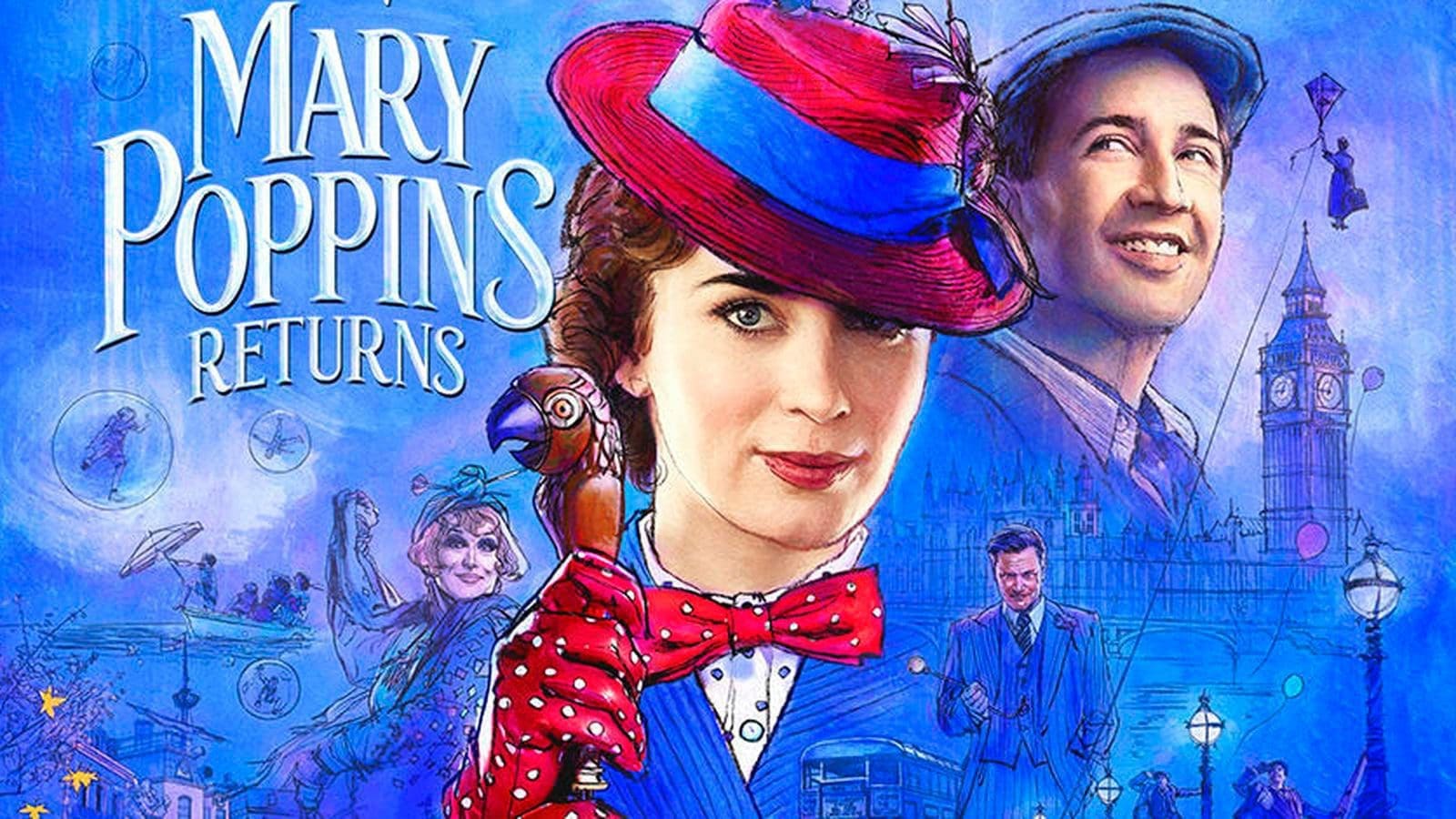 Mary Poppins Returns is the fantasy musical of our generation. It released on Blu-Ray on March 19th and with it came a bevy of behind the scenes bonus features. When watching the film it’s easy to lose yourself in the magic and creativity and not consider the ample work that went into constructing every detail.

Directed by Rob Marshall, the film stars Emily Blunt as Mary Poppins; Lin-Manuel Miranda as Jack, Ben Whishaw as Michael Banks, Emily Mortimer as Jane Banks, along with Colin Firth and Meryl Streep. Cameo appearances by Dick Van Dyke and Angela Lansbury add a touch of magic that hearkens back the days of big musical films.

The extra features of Mary Poppins Returns, peels back the layers to reveal a film that was shot very similarly to the original 1964 classic, with elaborate sound stages, dance numbers, and a giant crew of people who are passionate about the story. The sheer work that went into the film is put on display, and it made me appreciate the practically impossibility of it like never before.

In the bonus features they explore the making of MARY POPPINS RETURNS, and go behind the scenes with the cast and crew that made this imaginative impossibility a reality. One feature includes a trip down Cherry Tree Lane with Dick Van Dyke, as he recalls the original production and stands in awe at the recreated set.  There are bloopers, deleted scenes, filmmaker commentary, and one deleted song called “The Anthropomorphic Zoo. I especially enjoyed that song and the accompanying animatic as it was replaced with the “Royal Doulton Music Hall.”

And speaking of that iconic section of the film, the extended features shows how the 2D animated components were combined with the live action to create a seamless and immersive world. This feature reveals the determination and imagination that went into creating such a large scale production, both for the actors in front of the camera, and the animators behind the scenes.

Other songs that were featured in the bonus materials were “Trip a Little Light Fantastic,” “A Cover Is Not the Book,” “Turning Turtle,”and “Can You Imagine That?” all with a behind the scenes look at how the choreography, special effects, and songs came to life. While the high energy dancing of Lin Manuel Miranda and his fellow lamplighters is my favorite of these highlights, I have to say that the sing-along version of the heartfelt Academy Award-nominated “The Place Where Lost Things Go,” was a feature that played on repeat in my house for several days.

For those of you who fell in love with Mary Poppins, this behind the scenes look will pull at your heartstrings and inspire imagination for all generations to come.

•An Introduction – The cast and crew recall the times they saw the original Mary Poppins movie and how it affected them, and also share the thrill of working on “Mary Poppins Returns.”

•The Practically Perfect Making of “Mary Poppins Returns” –  A journey into the filmmakers process to embrace the legacy of the original film while giving a fresh modern sequel.

•“(Underneath the) Lovely London Sky” –  Uncover how the team utilized PL Travers’ books for a fresh perspective on this iconic character and meet the Banks children.

•“Can You Imagine That?” – Step onto the set where Emily Blunt is taken to new heights (literally) as she filmed the dramatic entrance from the sky. It also dives into movie’s original songs, inspired by the Sherman Brothers.

•“Nowhere to Go but Up” –  Takes viewers on set with the legendary Dick Van Dyke and Angela Lansbury, and celebrates the joy of choosing the right balloon!

•Seeing Things From a Different Point of View”: The Musical Numbers of “Mary Poppins Returns” – Goes behind the scenes and experiences the film’s production numbers from a new perspective

•“The Royal Doulton Music Hall” / “A Cover Is Not the Book” – Find out what it takes to create two musical extravaganzas inside an animated world, and how they brought to life animated dancing penguins.

•“Turning Turtle” – A look into Mary’s eccentric cousin, Topsy Turvy, who has an unusual house that turns the musical number upside-down.

•“Can You Imagine That?” – Swim under the bubbles with the cast and crew to see how this effervescent musical number was created. It also shows the hilarious times on set with the bathtub slide.

•Practically Perfect Bloopers – The cast and crew trip a little light fantastic in this lighthearted collection of flubs, goofs and prop fails!

•Leaving Topsy’s – After their visit to Cousin Topsy, Mary, Jack and the children pause to take a look back.

•“Trip a Little Light Fantastic” – The lamplighters light up the screen in this extended clip from the movie’s biggest musical production.

•Play Movie in Sing-Along Mode – Sing along with all your favorite songs as you watch the movie.