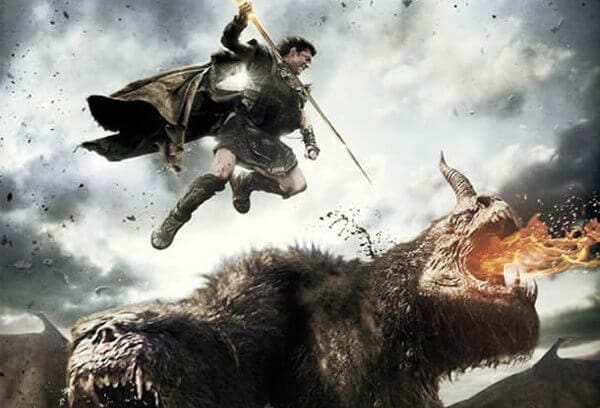 Is anyone else starting to have some beef with the Greek /slash/Roman mythology movies that have been coming out? Because, let me tell ya, I definitely have issues with them. In every aspect do I have beef. I recently saw Wrath of the Titans (now playing at Tempe Marketplace Harkins Theatre 16! *thumbs up* ) and was, as expected, completely disappointed. I went because, well, apparently I’m a glutton for punishment. One of these days, Hollywood will get them right. I swear!

Let us start with the basics. When did the Greek people get an Australian accent, or a British one? I mean, I couldn’t pick a Greek accent out of a barrel, but still! A little authenticity would be kind of cool. The fight scenes aren’t even that awesome and the big epic battle is slow and very easily won. Such a crazy build up for so little in return! Even the humorous anecdotes don’t even make up for the crap of the rest of the movie. Blatantly making a bad joke in reference to a bad scene does not make it better; it just shows that the writers knew it was bad and are stating the obvious. I’m not even a fan of the filming style, or the choreography of the fight scenes. Just all types of grrface.

The whole concept just irritates me as well. Poor demigod is upset with daddy and tries to divert from his “destiny.” Boo-hoo for having epic powers and needing to use them. It’s like the characters in the show “Heros”. Flliiipppppping get over it already and enjoy it! And then tragedy strikes the home and demi god decides to wield the sword/arrow/hammer whatever! And saves the world in one blow to the big bad villain.

At least the original Clash of the Titans had the decency to be awesome in its ridiculousness. You like it because it’s so bad. The remake and the aftereffect are just bad. End rant.

Side note, I go to see Greek Myth movies in hopes of seeing the hundreds of Gods get down and dirty. Not the spawns of

gods fight and bicker over being human and what it means to be human. None of this falling in love crap either. The only other female character ends up falling for the demigod. Gag me please. I want to see Athena get into rages with Aphrodite. Watch Poseidon fight Zeus over who makes the worse storms. See Ares and Hephaestus get down over who gets to sleep with Aphrodite that night. That was the only redeeming quality in Immortals; the fight scene between the Titans and the Gods. Just saying ;-).