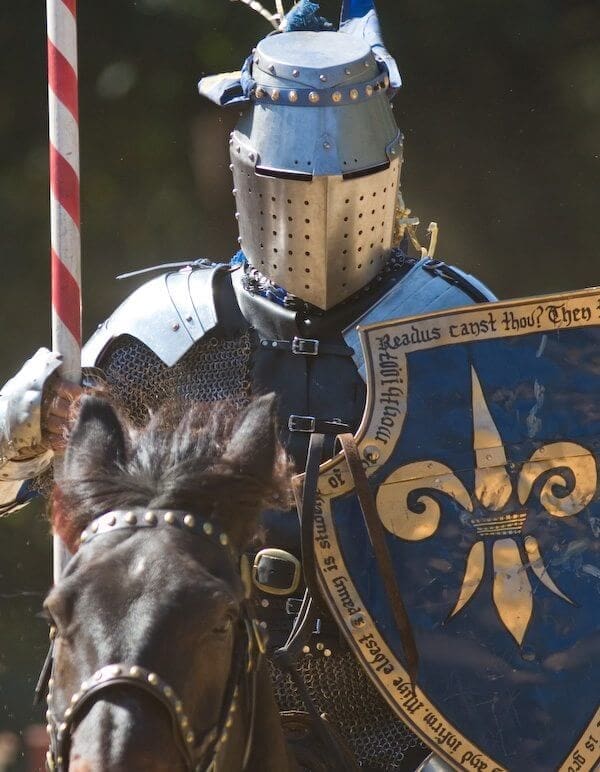 Apache Junction, AZ – I attend the Renaissance Festival almost every year but have never been there opening day. This year with the opportunity to cover the festival as a member of the press, I decided to partake in the opening day festivities. I was accompanied by my beautiful girlfriend Toni and off on an adventure we went. Arriving there, I am always surprised at how efficient the festival handles parking. It might be an insignificant thought to most but because we all do not talk or complain about it, shows how year after year from the moment we are lead to our parking spot with such ease, they treat the attendees like royal guests. As expected there would be a huge crowd waiting in anticipation to start a brand new season of the Renaissance Festival. The crowd was jovial and upbeat, commenting and complimenting on each others costumes. I went to pick up my passes and was greeted by Sanja, my contact to the festival. She was absolutely kind and accommodating to us. And once the cannon sounded, off we all went!
Ever since I started attending the festival, my favorite performance that I can never miss is Tartanic. Located at the

“Falconer’s Heath”, it is one of only a handful of grass patches at the entire festival. To experience a Tartanic  performance is almost always a participatory affair. They do not just play “for” the audience but play “with” the audience. From stealing the hats of men and wearing it as their own to having an audience member call their friend that couldn’t make it cause they wanted to “sleep in”, there is no short of flair and style to Tartanic. But do not let the crowd’s affinity towards them fool you, they play some good music too. Their combination of two bagpipes and two drums can match an orchestra in sheer richness and sound. The best traditional Scottish music you will hear from a bunch of Texans.
After the performance, we decided to browse amongst the endless merchants selling their crafts and wares at the fair. One of the most endearing parts of the festival are the individuals that put their love and passion into their craft. And it shows at the festival from the performers to the merchants themselves. One of the more creative merchants we happen upon was “Leanin’ Easy”. They took coins from around the world and carefully stamp out the plain background to create a beautiful piece of cut-out coin jewelry.  Whatever your country of ancestry is, they more than likely had it on hand. And of course a visit to “Sabersmith” is always a must. Their variety of swords, axes, and maces is enough to entice any fan of medieval weapons. And they can even custom make a sheath for your sword by request. After a little window shopping, and this is a first for me, and a little encouraging from the girlfriend, a tarot card reading for each of us. Did not know what to expect other than to ask for general health, wealth, and happiness. And no, I will not be revealing my reading haha. An event that is a signature of the festival is the Joust Tournaments at the King’s Arena! Headed by The Hanlon-Lees Action Theater crew, three jousts happen throughout the day so you can attend all three and follow the story or catch a single show after having your fill of the other performances. Fear not, none of the shows are lacking in excitement and drama. We caught the first show and I must say, it was hard for me not to get involved in the cheering and jeering of the knights. Of course our section was assigned the young pretty boy knight that had no business out there with the men. Nevertheless, it was fun to jeer our knight even though he was representing our section. After the show, we decided to attempt our luck at traversing the rock climbing wall that was just outside the arena. Forgot how much I love to rock climb. Taking a break from the shows and merchants, we had an afternoon lunch that most attendees have when attending the fair: the infamous turkey leg! And we washed it down with some honey mead.
With the day nearing its end, we caught two more shows well known amongst guests: The Tortuga Twins and Hey Nunnie

Nunnie! Though their respective shows have shown little variation throughout the years, you can’t help but smile at their tried and true comedic antics. Their love and passion is shown through their dedication to the performance and it is why we all return every year to not only enjoy but to support their craft. And that is the reason I return to the festival every year. To not only partake in my love for the Renaissance age but the people that bring it alive.
I hope you enjoyed my review to the festival. My good friend and associate Greg will provide you with the second part of the review. He went more in depth and took the time to interview some of the performers and merchants. The review is quite a treat to read so enjoy!!
~Hong Le
Part II:
A few weeks ago my girlfriend and I attended the Annual Arizona Renaissance Festival in Apache Junction, Arizona. Every year I have attended it has gotten better and better. This year was no different, swords, sorcery and giant turkey legs! The first piece of entertainment we decided to watch was Zilch the Torysteller (left) and his telling of the tragic tale of “Jomeo & Ruliet”. I have never laughed so hard in my life! This is also the first time I have

ever heard a story told in spoonerisms which is where one is citching their swonsonants fack and borth(switching their consonants back and forth). To say the least or to lay the seast, it was extremely entertaining. I caught up with Zilch after his performance to speak with him and when asked how he got into speaking in spoonerisms and toryselling, he said “Me and my friends would try and find ways funny ways to one up each other and well I always lost”. If you have not seen Zilch then you need to catch him next time you are at the festival! You can also go to his website at toryseller.com for more!
After catching our breath from all the laughter we stopped in one of the many shops at the Renaissance Festival this one contained amazingly handcrafted creatures that reminded me of the creatures that came out of the Jim Henson’s workshop in it’s heyday.  The shop was for a little company called, The Bungled Jungle (right). I asked Pat, one of the proprietors, why they do what they do and he said he could tell me how. These creatures are one of a kind, no molds are used and it takes proprietors Pat and Suzanne about two weeks or even more to build one of the creatures depending on it’s size and complexity. Pat who was a former Nuclear Physicist stated that it was much more fun creating your own reality than studying this one. And by the looks of the creatures they create I completely agree! If you get a chance go to http://www.bungledjungle.com for more information on these fantastic creatures!
Finally as the day was winding down and as we walked the last area of the festival we had yet to explore we came upon

Small, Medium and Large, also known as Barely Balanced (left)! If you like action, danger and the occasional death-defying stunt, then look no further as Barely Balanced combines all of that and more into their show! Small, Medium and Large, also known as Margret, Cameron and James, balance on one another and sometimes the occasional audience member to juggle knives, torches and the occasional witty joke. This was definitely a great way to end out day, such an entertaining show and very funny as well. I got a chance to speak with them after their performance and asked them how they got into doing these performances around the country. Cameron, Medium said “As far as how we got into this we taught ourselves” he went on to add “We were very bored in college between classes and didn’t have enough to do so we started climbing on each other and throwing knives at our friends and probably drank to much, learned how to breath fire and it went from there.” Cameron self taught himself but he stated that Margret and James had previous experience. James did theater as early as grade school and from there went on to later start his own Shakespeare Company, Suitcaseshakespeare.com for more. Margret was an athlete in college and then got involved in a program that allowed them to try out for a circus and the rest is history. “I am so glad Renaissance Festivals exist, they are today’s vaudeville” Cameron stated when asked how often they attend Renaissance Festivals. They stated that 99% of the shows they do a year are at festivals. Also because everyone at the festivals are geeks, when asked about one of their favorite geeky things they replied, “Hayao Miyazaki(Cameron, Medium), Dr. Who(Margret, Small), Marvel RPG(James, Large)”. Cameron went on to say that if I had brought up anything geeky they would geek out. I did get a picture posing with them with Medium standing on my shoulders, when asked if I was ok with that I stated “F*** yeah let’s do it!” There is so much to do and see at the Renaissance Festival that it literally takes two days may be more to see and experience it all. This is your Vaudeville Villain, Gregory Darkseid signing off.

Awesome coverage! Confession, I’ve never been out to the Ren Fest. This makes me want to make a better effort next year.

May The Fourth Be With You!!