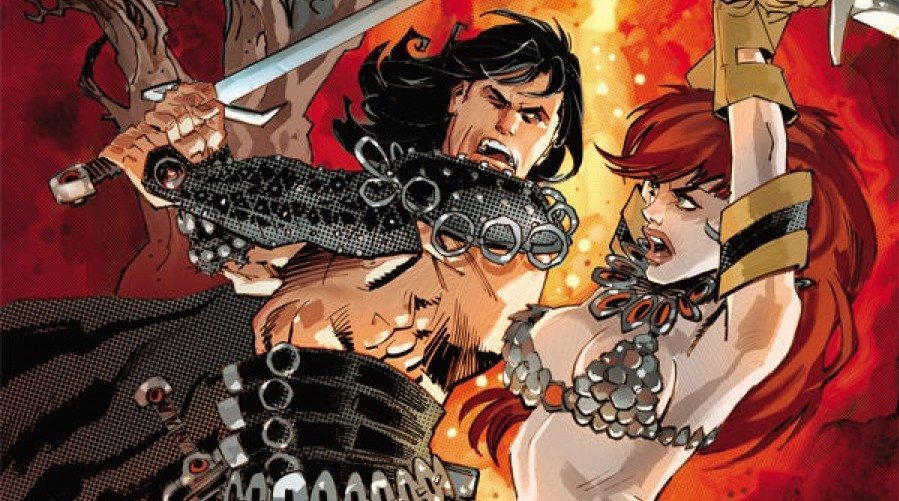 SOME LIGHT SPOILERS AHEAD! READ WITH CAUTION! 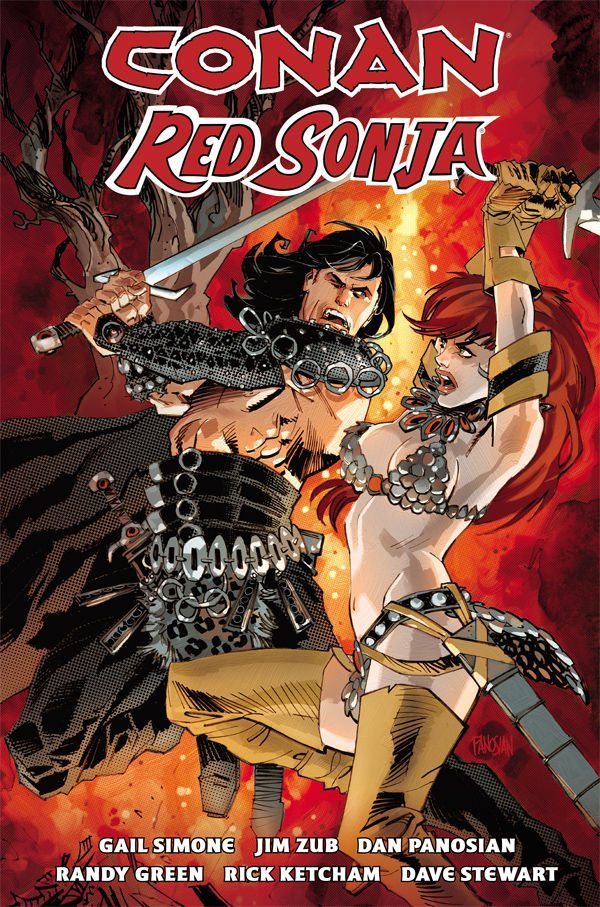 Red Sonja has always been a favorite character of mine. She’s a badass warrior woman, who takes no crap from anyone, is quick to defend the innocent, and strives to right any wrongs. I am somewhat familiar with Conan the Barbarian, mostly from Frank Frazetta paintings and both the original movie(portrayed by Arnold Schwarzenegger) and the most recent 2011 film(portrayed by Jason Momoa). So when the chance came to review this collection, I – of course – jumped at the chance to read about one of my favorite heroines and learn about a classic barbaric hero.

First off, the story is very well written by Gail Simone and Jim Zub. My only complaint is that the story moves rather quickly and if you’re not paying attention and taking the time to read and understand what’s going on, it is easy to miss the point and get a little lost. Other than that, the story reads quite well. It starts off with a third person narrative of a man that you never get to see, telling a story of two “lowborn” warriors who rise to greatness; this is their origin story. I must say it is handled and told quite well. I never got to read the original 70’s version of Red Sonja and I’ve never read Conan, so getting to see how they got their start and came to know one another was quite fun and for old fans of the series, it might be a refreshing take.

They start off bickering and fighting, but quickly become friends when confronted with a common goal and enemy. In the beginning I can see why Conan has such a brutal reputation as he’s the kind to ask questions later, where as Red Sonja, while rash, isn’t nearly as quick to take thoughtless action. These two balance each other out and, yet, while they have their differences, they are remarkably alike. That’s not to pigeon-hole Red Sonja into the warrior woman brand that most characters like this find themselves in. She’s not attempting to live up to the boys; she knows she’s better and she’s not afraid to show it. On the flip side, Conan is written to appreciate it. He’s not threatened by a female with a sword who might just be better than he is. It’s not about that at all. They are written as equals and it comes off genuine.

There is one little blip in the story where I started to feel like the writers were going to go cheap: An encounter where Conan and Red Sonja are seeking shelter and turn to one another for comfort. For me it came out of nowhere, there was nothing in their previous stories that even hinted at a sexual attraction between the two, and the narrative doesn’t help the matter, quoting “OHO, I see your ears prick up at this part of the tale, Prince!” and  “They had been alone too long, too long by far. Would you deny them this small comfort?” Yes actually, because it doesn’t make sense, but thankfully it goes nowhere and they story progresses to the epic finale.

The art is fantastic in this collection. I’ve always been a fan of Dan Panosian and Randy Green. Their art is chunky and smooth at the same time and a perfect match to the narration of the story. Dave Stewart worked wonders with the colors as well, complimenting each artists’ lines wonderfully, catering to the individuality of each artist. I’ve always been the type to pick up a comic for the art and adapt to the story. That’s not to say that I don’t stop and read the story – I do. But an important part of comics is the art, it’s the main selling point and if the art, the rendering and the colors don’t pull you in and tell the story, but instead relies solely on words, the point is loss. This isn’t the case here. The art works with the story quite beautifully and I went back for a second and third read, just to stare at the art and see how story unfolded from the panels without the words.
I’d definitely recommend this to both new and old fans of both Red Sonja and Conan the Barbarian. The story is rich and wonderful and if you take your time and read through and study the art carefully, you’ll enjoy it very much. It’s definitely a fresh take on two wonderful, classic characters. 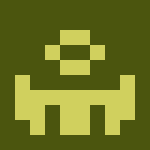 Comic and Pin Up artist, capable of using both digital and traditional media.
Color Flatter for Broadsword Comics as well as contributing artist.
Currently working as sole artist and colorist for Kickstarter comic project, Tasha and Master.
Once upon a time costumer.