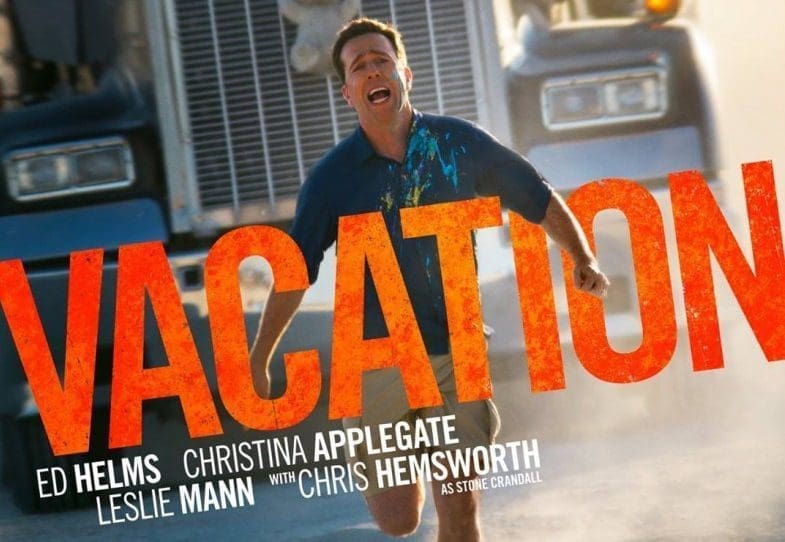 Ed Helms is a very overlooked actor. He began his acting career in 2004 by being cast in the film Blackballed: The Bobby Dukes Story which is a film about a champion paintball star and his rise and fall from fame. From that point on he took on several small roles that included TV shows, TV movies, and short films. Even though he had some small parts in big Hollywood films, his big break came in the form of playing the character Andy Bernard on the hit TV show The Office. He was only supposed to make guest appearances but he soon became a series regular and then took over the boss position after Steve Carell left the show. Since then he has been a leading man in many big-budget films and is now starring in the newest iteration of the Vacation franchise.

Vacation is a continuation of the National Lampoon films but takes place many years later. Rusty Griswold (Ed Helms) is now a professional airplane pilot who is married to a woman named Debbie (Christina Applegate) and they have two sons – James (Skyler Gisondo) and Kevin (Steele Stebbins). One day Rusty realizes that the vacation that the family takes every summer is getting very stale. In order to revitalize their usual trip, he gets the idea to take everyone across country to visit Walley World, a theme park his father took everyone to in the very first film. His family agrees and mayhem and mishaps ensue on their way to the park.

While the first part of the film is a bit dry in the laughs department; as soon as they get on the road the film becomes an insane culmination of “what can go wrong, will go wrong”. While some gags you can see coming from a mile away, sharp dialogue and tight editing make this film so funny that you will literally be crying from laughter. It’s crude, unabashed, and it’s definitely not for kids even though the most ridiculous lines come from the Kevin character who is a smart mouthed pre-teen. The story is very standard in the realm of other road trip films, but the charm that all the characters display on screen make you easily look past its many tropes.

Even though the film is a somewhat re-imagining of the original 1983 classic, it feels very fresh due to it not borrowing extensively from that film. It takes its own path yet it breaks the fourth wall at points by making slight nods to the original but not in a ham-fisted way. The main cast does a phenomenal job at giving life to their somewhat stereotypical characters but the unexpected acting element comes from the numerous celebrity cameos throughout the film. Luckily the celebrities play characters and not themselves and because of this, they are some of the most uproariously funny moments that occur.

Honestly I didn’t have high hopes that the film would be any good before actually seeing it. Usually sequels, remakes, reboots, and re-imaginings have a very tough time living up to the original which is especially true when it comes to comedies.  Fortunately the two writer/ directors (John Francis Daley and Jonathan M. Goldstein) did a great job at paying homage to the original films while introducing new concepts and characters to the franchise. It’s not the funniest film that I’ve ever seen but after it gets going, Vacation is a laugh-a-minute comedy riot that should not be missed!

Synopsis: 30 years after the original Vacation, Rusty Griswold decides to take his family on a road trip to Walley World just like his dad did.