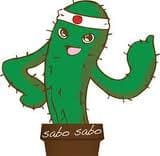 Glendale, AZ – Geek News Network had the pleasure of interviewing two esteemed guests of Saboten Con 2012, Richard Epcar and Ellyn Stern. A little about Richard Epcar, he is an American actor, voice actor and director who has voiced over 300 characters in games, cartoon and anime. He is the husband of voice actress Ellyn Stern, with whom he owns and operates Epcar Entertainment, Inc., a voiceover production service company based in Los Angeles, California. Ellyn Stern is a professional actress, voice actress and director in California. She has worked on shows including: Genma Wars, Noein, and MÄR. More notably, she voiced Masaki Kurosaki in the hit anime series Bleach

David Arias had the privilege to have a brief interview with the both of them. So without further ado…

David: So Ellyn,  you are going to be in a movie next year called Blood On Canvas… Can you tell us a little about that and how its been working on that film?

Ellyn: Its been a phenomenal experience. It is a legal drama. It is about domestic abuse. It is an independent feature. Its been winning a lot of festival awards, for Best Feature both domestically and internationally. I play a mother who is having a hard time raising her child. She doesn’t always make the right choices.

David: Thank you Ellyn. And you Richard have been in one of my favorite animes, Rurouni Kenshin. You play the voice of Seijuro Hiko…how was it working on that?

Richard: It was wonderful…we did the original which was Samurai X. I wrote a lot of that and directed some of it too. In that one, I played Shishio’s man-servant, I can’t remember his name but he was a really fun character to play. When they redid it again as Kenshin, they had me come back and play Hiko which was great, I love playing that character. First of all he looks like Elvis and anybody that looks like Elvis I like playing. Actually got to play Elvis in Digimon when I did Etemon which was basically Elvis and I got to sing and everything. That was fun.

David: Awesome! Thanks for your time guys!