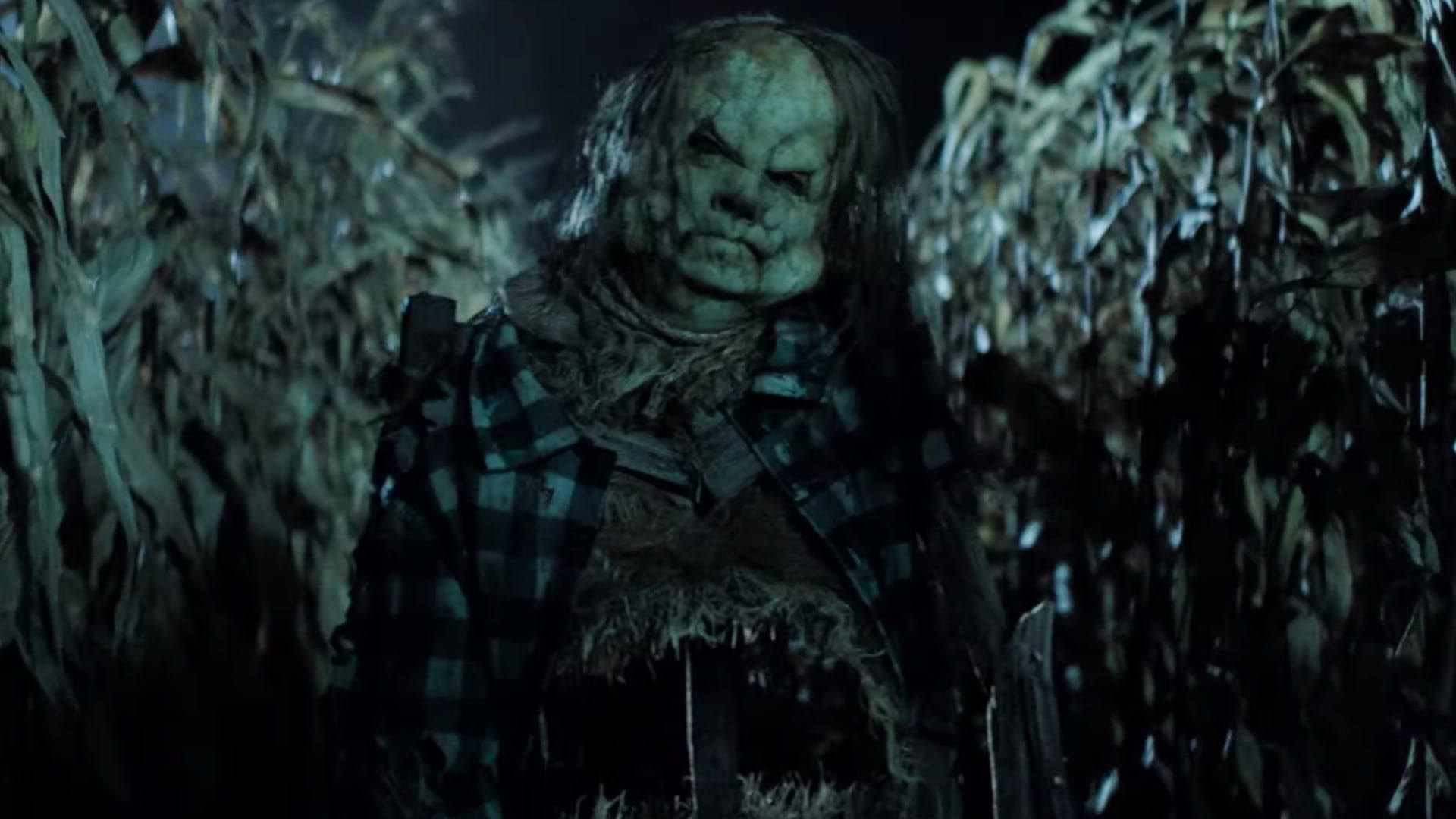 Scary Stories to Tell in the Dark is based off the popular book series originally published in 1981. For those of us, like myself, who grew up reading the books, the stories and illustrations were burned into our nightmares. The movie, however, will not keep you up at night.

The film takes place in 1968, around Halloween and centers around a group of teens who break into the haunted abandoned Bellows mansion. While in the house, they uncover a secret room and find the scary stories hand written book of Sarah Bellows, the girl who supposedly killed children many years ago. One of the teens, Stella (Zoe Margaret Colletti), steals the book and soon, they discover that new stories appear and come to life. Their worst fears are used as inspiration for the stories and one by one, they fall prey to the Bellows curse.

Scary Stories to Tell in the Dark is an imaginative adaption of the creepy stories by Alvin Schwartz, which had originally no real connection between them. They were exactly as described; short and scary. So the strongest parts of this film are those scenes taken from the book. They are grotesque in all the right ways and the tension leading up to them is done very well.

Where the movie falls short is the thread between the stories and the heavy political overtones added in. One of the characters, Ramon, is a Hispanic teen on the run, and the bigotry he faces parallels today’s current political climate. It’s a very deliberate plot point, however it doesn’t really play into the scary imagery of the rest of the film.

The connective tissue between the horror come to life is pretty thin, with no real moral message connecting the monsters to the teens. At one point, one of the monsters is barely mentioned before it appears, making it’s backstory feel like an after thought.

The highlights of this film are the creatures and visuals. Guillermo del Toro, who produced the film, lent his signature style to create fantastically creepy monsters. The scenes with them are haunting and at certain points disturbing, but never gory. They really pushed the limits of their PG-13 rating without going over and it was a refreshing take on the horror genre.

For those of you nostaligic for the books, this is a good film to remind you of them. It feels like reading the books under a blanket fort again and getting spooked by your older siblings. And I will say this film is good introduction to horror for kids ages 12 and up.

For everyone else, maybe it’s better to just read the books instead.

About Scary Stories to Tell in the Dark

Synopsis: A group of teens stumble upon a book that turns their fears into reality.