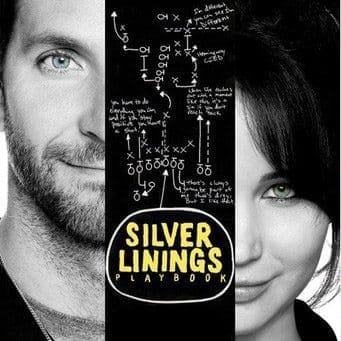 The real power of this movie comes from the performances. Bradley Cooper proves that he can be taken seriously as an actor and not just that guy from the awful Hangover movies. His character is probably the most in denial and the most obvious. His character is separated from his wife after he finds her with another man who he viciously beats, that’s also the reason he is sent to the psychiatric hospital. Robert De Niro plays Bradley Cooper’s father in the movie and he was by far the best part of it. His performance is sure to remind people why he is considered the greatest actor of his time. Not only did I enjoy his performance, the character is such a refreshing take on the father who is dealing with the fact that he has a troubled son. He’s got his own problems and he never treats his son as an outcast, he treats him like a human being. Jennifer Lawrence is solid as well. I always thought she was a bit overrated after Winter’s Bone and The Hunger Games, but she has proven herself here. I’d also like to mention a little actor named Chris Tucker. Yes, the Chris Tucker. When I heard he was in this movie I said, “You’re kidding, right?” and before you jump to the same conclusion, I have to tell you he’s actually quite low-key in this and really surprising.

David O. Russell brings the familiar documentary style filmmaking to Silver Linings Playbook, but it’s really subdued and I didn’t find it distracting as I normally do. His screenplay was exceptional as well and I love the little bits of humanity that he sprinkles throughout like the points when the characters talk over each other which adds to the humor.

This movie works on many different levels from comedy to drama. It has an ending that feels familiar yet also refreshing. It was one of the best movies I’ve seen all year and it will definitely be a contender for top 11 list at the end of the year.

I’ve been handing these out willy nilly lately, but they’ve been well deserved.