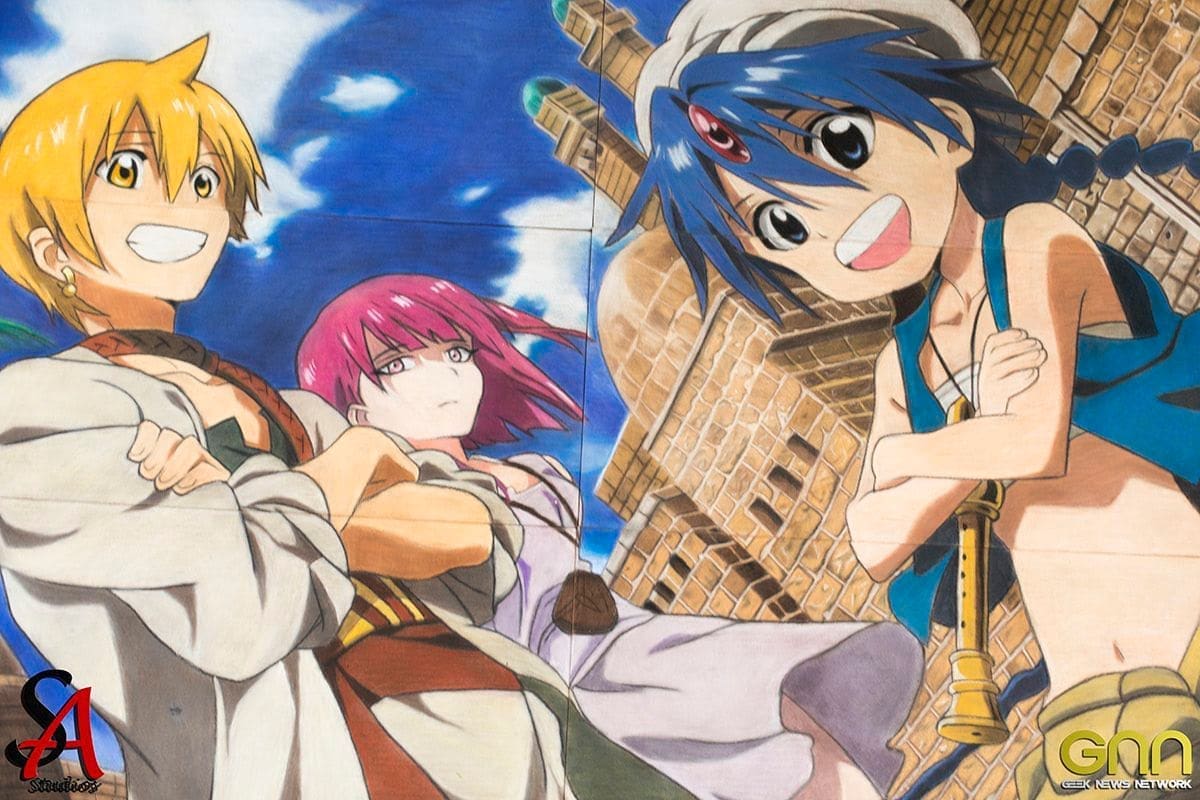 What a weekend January 3rd through the 5th was, Taiyou con went off rather well. Located in Mesa Arizona, hosted by the Hilton. The hotel was clean and the set up was rather easy to get around. Registration is close to where you walk in, immediately putting you in the spacious artist ally. I was able to get my badge in a quick manner, the staff was kind and seemed to know what they were doing. One of the most frustrating parts of a whole convention can just be getting your badge. Unruly lines, uninformed staff members, can all be a problem, but, I’m happy to report that wasn’t the case with Taiyou.

After getting my badge I was able to walk around artist ally a bit. Like I stated before, it was very spacious. A wide array of vendors producing their wares for perusing. In the middle of the area was the bar, where Taiyou Con had actually created special cocktails for the 21+ guests. Let me say, the Catherine was delicious, cheers to who ever came up with that drink idea, would love to have it again.

Venturing on, I decided to check out the vending hall, now that was a bit small and cramped. I understand they are working on limited space, but I wonder if there is a bigger space for them to set that all up. There were only about 6 vendors, and the tables were rather close together. Looking at something was a bit of a chore, since we were all squished together looking. Though, I will say, they were very good about checking for badges, something that is important and some cons are rather lax on.

Autographs and meeting with guests were also very well-organized. The lines were kept together, fans were allowed a certain amount of time to talk to their favorite guest, and were moved along. It went smoothly, another thing that can go horribly wrong if not ran correctly.

Now that I’ve gotten all of this out of my system, I suppose I should talk about all the events and panels that the con had to offer. Well, there were a few that really stood out for me, and it seems for a lot of others. The first was the Free! Café.

What can I say about that, the amount of enthusiasm alone made it a success. I peaked in and watched the cast interact with the guests. They were in character, making them laugh, blush, and genuinely have a good time. Food was tasty and well received, and the costumes all looked great. But, things really went down when the cast moved to get a photoshoot in the pool. I was almost killed by excited fans to get a glimpse of the boys. Well, they all looked great, cheers to Sheila from Aicosu, who orchestrated the whole thing. I hope she decides to do more cafes for local cons, she knew what she was doing and made for a great experience!

The other great event was the Mari Iijima concert. What is there really to say? It was just great. The music great, there was plenty of space, a well-organized autograph session at the end, and people seemed relatively happy. It was really cool to see a Japanese guest at one of our local cons. Here’s hoping Taiyou can get some more impressive guests next year. It will be hard to beat some of the ones they’ve had, but I have faith they can.

But, if you don’t want to believe me that I had a good weekend, perhaps take the advice of voice actress and guest Cristina Vee. She told me, when I was able to get to her, she always loves coming to Arizona and the con treated her greatly. Well, I don’t know if I speak for everyone, but, it’s always wonderful to see the amazing Cristina Vee.

Well, I think that about sums it up. Taiyou con is a great con. I would love to see them get bigger perhaps move locations for a future date. I’d also like to see a larger vending hall. They seem to be on the right track to making an even bigger con. Well organized, good guests, plenty of fun, I can’t wait for next year.