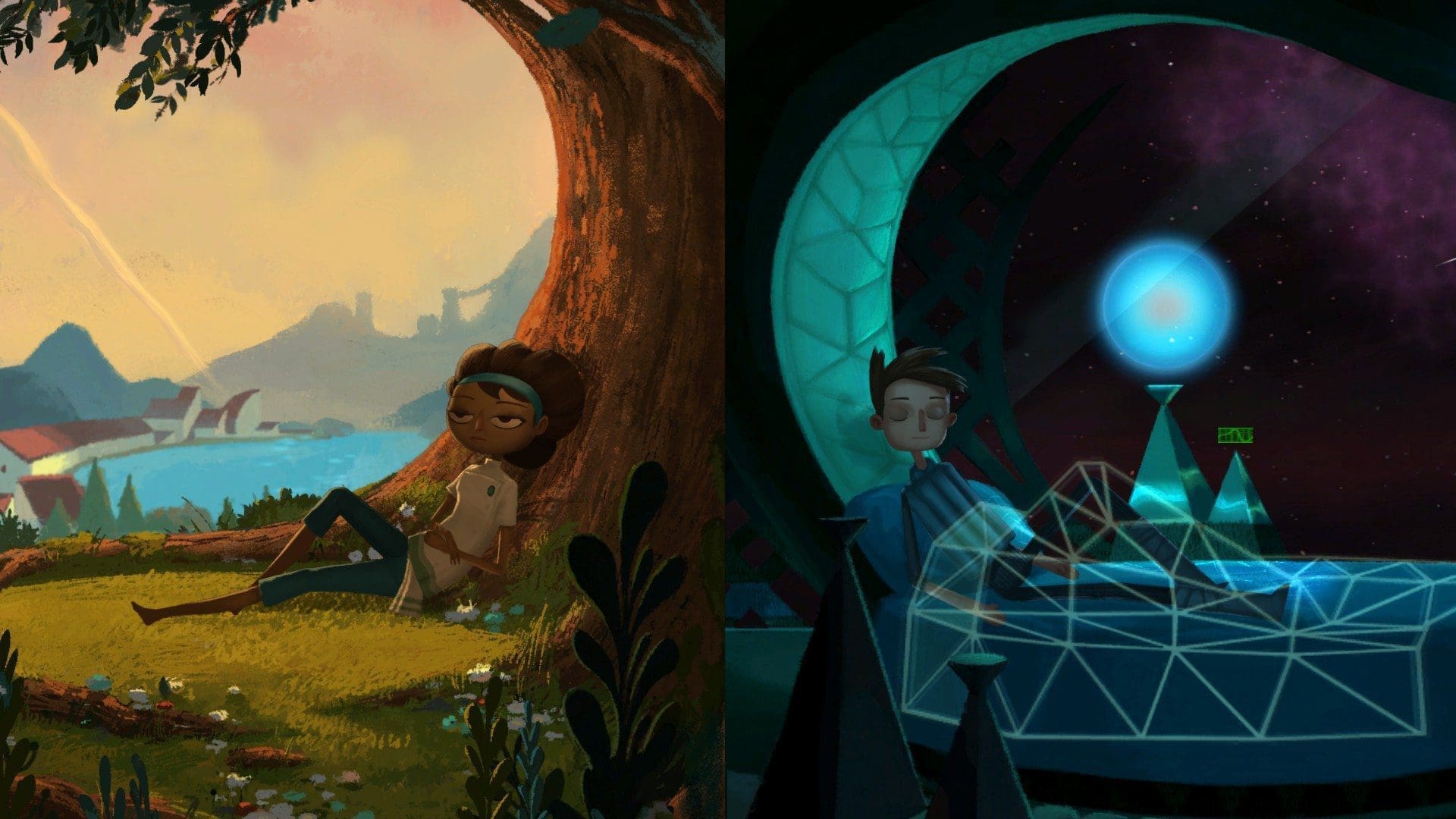 3.3 million dollars and over 87 thousand backers; this is the legacy of Broken Age (formerly Double Fine Adventure), which started the entire Kickstarter game movement. Nearly two years have gone by since the Kickstarter campaign ended, and with that we have the backer release of Act 1 of Broken Age. The question now is was it worth it for those of us that backed, and is it worth it for those of you waiting on the main release? We’re not here to debate Kickstarter as a whole or discuss the game going greatly over budget, but simply answer that question: Is it worth your money?

Broken Age is the story of teenagers Vella and Shay; Vella being of a land known as Sugar Bunting, while Shay is an orphan from a dying world living ‘alone’ on a spaceship. At the start of the game you’re given the above choice, who will you play as. At any time during your adventure you can switch to the other character, but not for the purpose puzzle-solving, as Vella and Shay’s stories are their own. In fact, I would recommend you just stick to one character from start to finish; embracing their personal narrative, before moving onto the others’.

Personally I started as Vella, which led me along a path that raised questions about the world she lived in. It also made me yearn to play as Shay, mostly just to know if my theories of their connection, born during Vella’s quest were true. Without spoiling anything, they somehow managed to be accurate, but not in the way I expected.

Before heading into Broken Age I had mentally decided that Shay would likely be my preferred character, which was due in part to the space theme of experience, versus Vella’s that involves escaping her fate as a sacrifice to the horrid monster. This is what inspired starting as her instead, going in with the mindset of saving the “best” for last. Oh how wrong I was. There’s nothing wrong with Shay, don’t get me wrong on that, but Vella’s journey is just absolutely outstanding. She traverses many locations in an attempt to save her people, usually causing, in true adventure gaming form, mayhem wherever she goes. The worlds she visits, particularly Meriloft, are outstanding, well thought out locales where her interactions spring to life beautifully. Her dialogue shapes the world around her, breathing a beautiful life into her.

Shay’s no slouch either, but somehow I found his side of the story to be a bit lacking. Each character’s playthrough took roughly 2+ hours, but somehow Shay’s seemed to take less time in my mind. Perhaps it was the significantly easier puzzles on his end, compared to Vella’s where on three occasions I was completely stumped for 5-10 minutes each. Maybe it was the more uniform world of his spaceship as well, but something just felt missing from him. Perhaps the eventual release of Act 2 of Broken Age will see some sort of trade-off in this, giving Shay his true moment to shine.

Speaking of shining brightly, holy frell the art and design in this game is just…it’s amazing. Immediately upon loading up Broken Age I was transfixed by the indescribable visuals — indescribable for someone who doesn’t know how to properly describe art. The layered approach to the world, combining both the standard set design of classic adventure titles, but allowing you in some areas to walk into the background or foreground was majestic. The vibrant colors of Vella’s world brings out her desire to save her people, while the darker blues of Shay’s makes you sympathize with his need to escape.

All of this is brought together by a subdued, simple score that brings you deep into the world. Many times I found myself simply sitting and listening; sometimes to the birds in the sky, others to the humming of a starship. Then there were the times when danger was approaching and the tempo picked up. Despite my years of adventure gaming, and knowing that few things are “timed” in gaming anymore, I found myself panicking while trying to find a solution to a problem.

Let’s not forget the wonderful voice cast as well, who all deserve top honors for acting out the wonderfully written, exceptionally dark script. Jennifer Hale who plays Mom deserves special honors, as her role as protector to Shay brought a smile to my face as often as it tugged on my heart.

Simply put, the game is beyond worth the cost and even with only a first act, you won’t be disappointed.

I certainly am not.

Broken Age Act 1 will be releasing to non-backers on January 28th, with the second Act to follow at no additional cost sometime later.

Loved Act 1 of Broken Age. Tons of fun with a beautiful art style

Review: Leisure Suit Larry in the Land of the Lounge Lizards:...

Daylight Hightens the Horror with Twitch