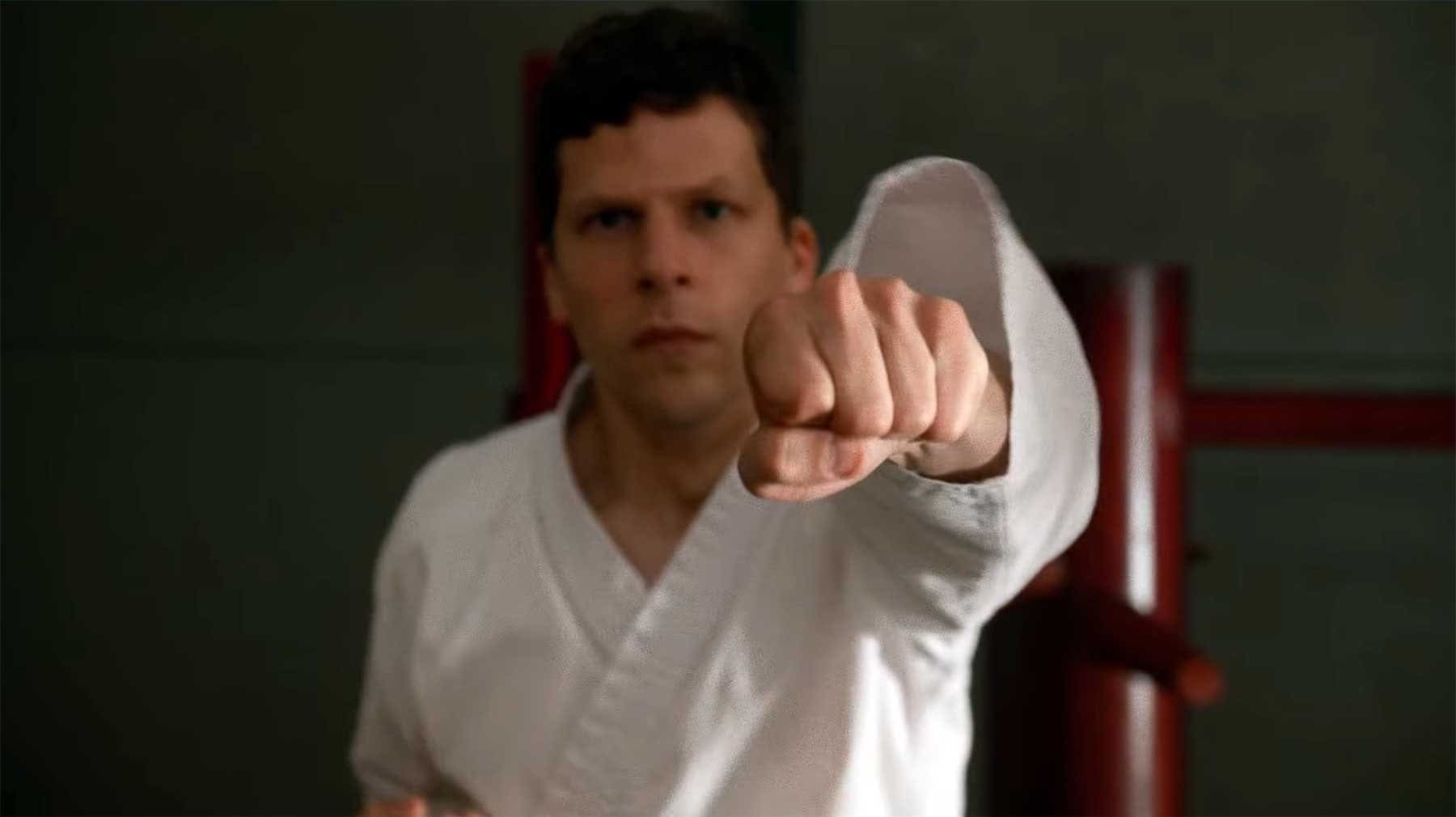 The dark comedy is a unique art form. These days, it’s relatively easy to entertain an audience with big explosions and all-star casting. When it comes to dark comedies, the entertainment is in the subtle nuances of the film. In our review of The Art of Self-Defense, you’ll learn how director and writer, Riley Stearns has crafted a thoroughly enjoyable, and disturbing dark comedy.

Jesse Eisenberg has been cast in quite a few dark comedies over the years. He’s almost to the point of being typecast, but that’s because he plays these quiet, obscure roles so well. That trend continues in The Art of Self-Defense as he takes on the role of Casey, a quiet, shy, spineless accountant.

The film is essentially just a chronicle of Casey’s character arc, starting with a brutal mugging at the beginning of the movie. This causes Casey to join a karate dojo run by Sensei (yes, that’s his name throughout most of the film), played by a disturbingly calm Alessandro Nivola. In fact, it’s this disturbing calm that defines the film.

Sensei takes it upon himself to give Casey a backbone. What follows is straight insanity, masked in a veil of soothing calm. As the film plays out, things become increasingly obtuse and off-kilter, but the overarching calm remains throughout.

There are several instances in which the film straddles the line between complete and utter chaos, and contained insanity. It’s this balancing act that creates such a uniquely disturbing narrative. Eisenberg and Nivola play so well together everything just works.

The last piece to this eerie puzzle is Anna, played by Imogen Poots. She was one of the first students at the karate dojo, and the only female. Her presence creates a chauvinistic relationship between her, Sensei, and many of the other students. It’s almost self-aware how blind the characters are in this male-dominated dojo.

While some portions of The Art of Self-Defense are predictable, there’s enough craziness to keep an audience thoroughly enthralled for nearly two hours. You’ll laugh, wince and be a little shocked as you sit through this moderately disturbing film Riley Stearns has crafted. It’s also fantastic counter-programming to The Lion King, which also opens this weekend.

About The Art of Self-Defense

Synopsis: A man is attacked at random on the street. He enlists at a local dojo, led by a charismatic and mysterious sensei, in an effort to learn how to defend himself.