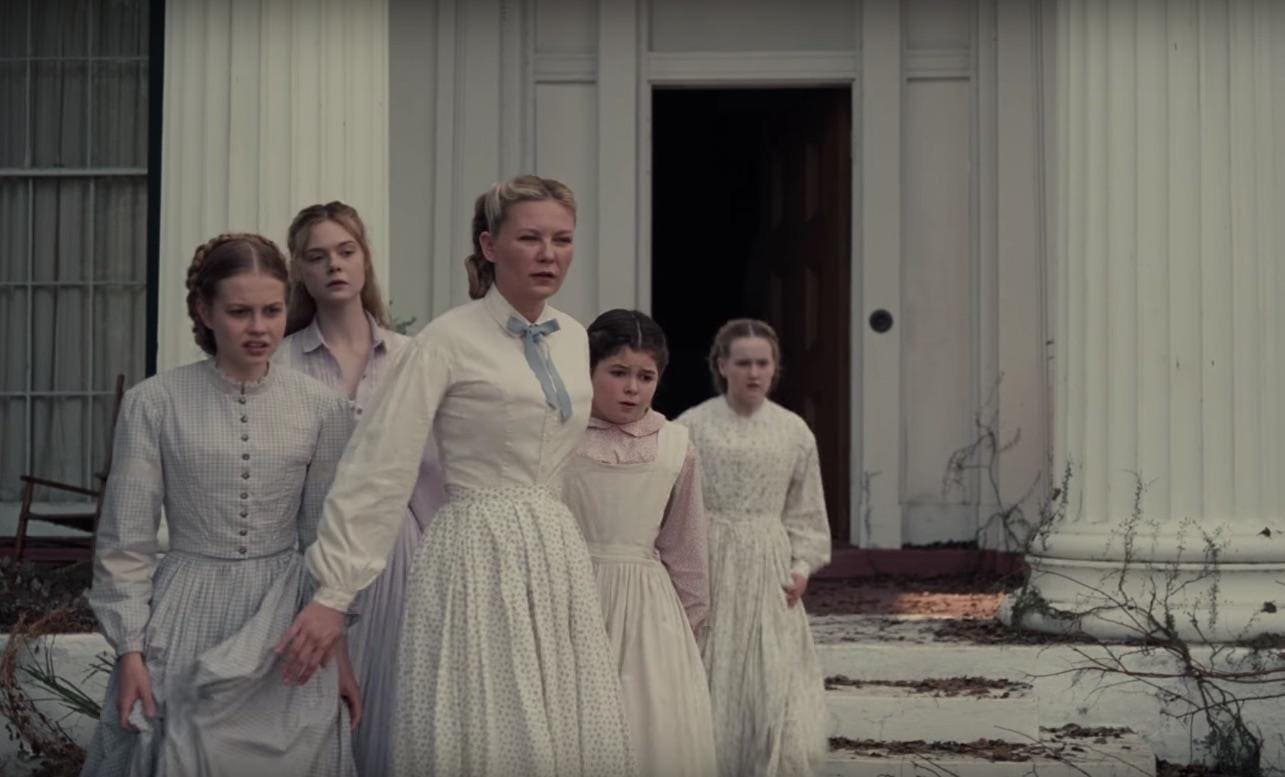 There are many instances in Hollywood in which the creative team is not in sync with the marketing team on a film. Edge of Tomorrow is a great example of the marketing team doing a poor job promoting what turned out to be a great a film, but The Beguiled has the opposite problem. If you’ve seen the trailers for The Beguiled it looks like a film about women getting revenge on a soldier during Civil War times. While it does take place during the Civil War, and there’s a soldier and a group of women, that’s pretty much where the similarities end.

The Beguiled is a story about a wounded soldier from the North, John McBurney (Colin Farrell), taken in by a women’s school in the South. As the film progresses McBurney uses his manly charms on the naive woman and ends up getting into trouble for his efforts. Unfortunately, it’s not the devilish trouble you might expect if you’ve seen the trailers for the film.

Joining Farrell in the head of the women’s school, Martha Farnsworth (Nicole Kidman). Farnsworth and the head teacher, Edwina Dabney (Kirsten Dunst) are the only two women close to McBurney’s age, but that doesn’t stop the eldest student, Alicia (Elle Fanning) from stirring the pot. While the performances are all high caliber, the script holds back what could’ve been an entertaining film, even if it didn’t follow the deceptive marketing.

Kidman’s Farnsworth plays a smart, astute and alert school owner who is weary of McBurney from the moment he stumbles into the school. However, throughout the course of the film her strong nature is chipped away into yet another love-struck naive woman. The younger children are expected to be somewhat naive, but when all three of the older women fall into the same traps, the story starts to lose focus.

The seduction of the women is enough to maintain the audience’s attention for the first half the film, but once the action starts picking up, the plot starts falling apart. Events begin to occur out of convenience instead of practicality, and that’s never a good way to progress the plot. By the time the audience gets to the end of the film, the tension is gone and everything that has transpired throughout the film just come to a nice, simple, conclusion.

While The Beguiled could have been a film that kept audiences on the edge of their seats, it ended up offering an interesting first act, followed by a lackluster finale. In the end, the film comes to a rather soft conclusion, building up the tension for what is ultimately an unsatisfying ending. Don’t go into The Beguiled expecting the film teased in the trailers and you it might be worth a watch on cable TV or Netflix, but as it stands, the film is less than stellar.

Synopsis: At a girls’ school in Virginia during the Civil War, where the young women have been sheltered from the outside world, a wounded Union soldier is taken in. Soon, the house is taken over with sexual tension, rivalries, and an unexpected turn of events.