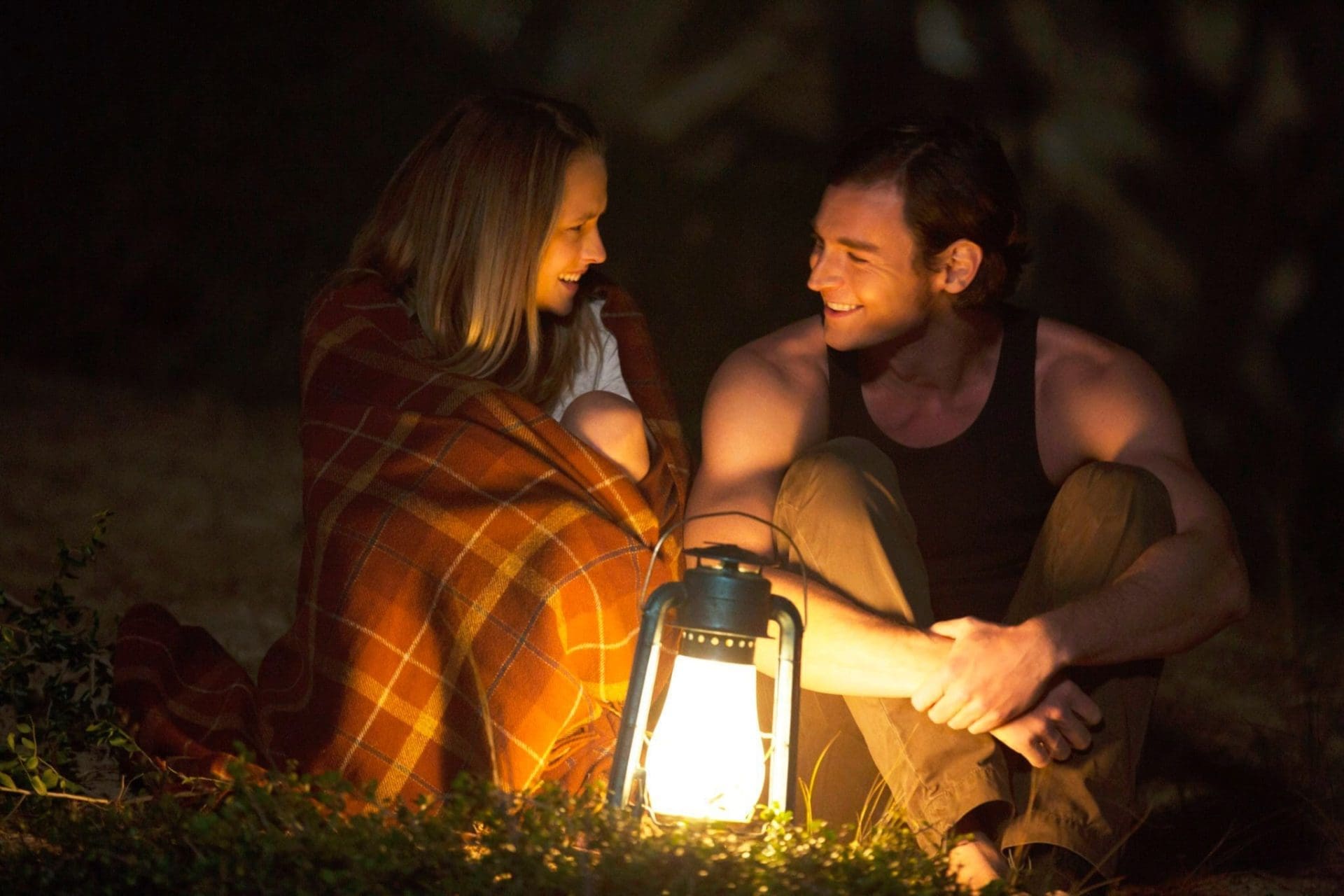 Another year gone by and another Nicholas Sparks adaptation has made its way to the big screen.  Has this great author and philosopher summoned up more words of inspiration for our hearts to mull over?  Has he allowed us to delve deeper our minds, contemplating the contradictions of human fallacy and how often we sabotage our own happiness in order to wallow in the great chaos of existence itself?  No it’s really just about a girl who likes a guy next door.

In The Choice, directed by Ross Katz, Travis (Benjamin Walker) is a smooth-talking, southern charmer living in North Carolina, with all the charisma of Matthew McConaughey.  He hasn’t found a woman to refuse his advances yet, until he meets Gabby (Teresa Palmer), a med student with a home right next door to Travis and his dog.  Her boyfriend Ryan (Tom Welling) and his father also happen to work in the medical profession.  After a few playfully, heated conversations, Gabby becomes enamored by Travis and enjoys a passionate affair while her boyfriend is away for work.  Even though she has briefly thrown caution to the wind, her heart is torn by the new love in her life and the man she’s known a little longer.  Gabby has no friends in North Carolina to confide in and so her predicament can only be resolved through letter writing.  However this story plays out, it can be assumed that Travis and Gabby have a long, emotional journey ahead of them.

The story of The Choice spans 7 years, as is indicated in the opening scene, so several emotional moments you would expect in a romance are rushed.  Instead of developing the affair more naturally, the attraction and betrayal by Gabby is almost immediate.  It’s as if she didn’t give her boyfriend a second thought before she slept with Travis and you start to lose respect for her character in the process.  Travis is a man with no commitments or reservations.  He can dive out of a relationship just as easily as he dived into it.  He may be stealing another man’s woman, but he’s honest about it.  Gabby on the other hand is never up front or respectful to either man in this situation and creates prolonged tension where there didn’t need to be.  Also she’s in her twenties and acts like she’s sixteen.  Fortunately she makes smarter choices later in the film, but at that point I’m not rooting for her.

There are other notable actors in this movie such as Tom Wilkinson as Travis’ dad Shep, a veterinarian whose tenuous relationship with his son improves as the story between Travis and Gabby evolves.  Travis’ sister Steph, played by Maggie Grace, is his cheerleader of rationality.  When he isn’t sure if Gabby is the one, she reminds him of the mistakes he’s made with women up to this point.  When things turn south, he relies on Steph for guidance as well.  Tom Welling’s character is only necessary near the end of the film and even then is borderline meaningless in the broad scheme of things.  The least necessary would be Alexandra Daddario as Monica, an on-again off-again girlfriend of Travis who shows up just to remind us who he should be going out with instead.  It’s like comparing Kristen Stewart to Angelina Jolie.  Yet Travis is in love now and the power of mere physical attraction is no longer enough to sustain his body and soul.

The best compliment I can give this film is the locations.  The beautiful North Carolina scenery provides wonderful ambiance for our characters and their fun escapades.  The sunsets and stormy weather are all accentuated by brilliant colors spread over the coastal landscape.  North Carolina is where Nicholas Sparks resides so it’s no wonder all his books and subsequent films take place there as well.

I can’t really recommend this movie unless you’re a die-hard Nicholas Sparks fan, and even then the changes might just make you angrier.  There is the semblance of a deeper message in The Choice.  Something about faith, power of attorney, and end-of-life care decisions, but it’s addressed so haphazardly you aren’t apt to pay it much attention.  It’s a love story built around paper-thin characters that may or may not have a future together and the movie’s ending won’t surprise you in the least.  If realism had been applied to the plot, a stronger, emotional outcome could have offered some redemption to a film that is simply a lesser version of its predecessors.  Whether the movie had adhered to the source material more stringently or not, there is no denying the main purpose of these films, to make you cry on cue.  The level of insincerity in this endeavor leaves you wanting a more mature and intellectual option afterwards.  Jane Austen if you please.

Synopsis: Travis and Gabby first meet as neighbors in a small coastal town and wind up in a relationship that is tested by life’s most defining events.