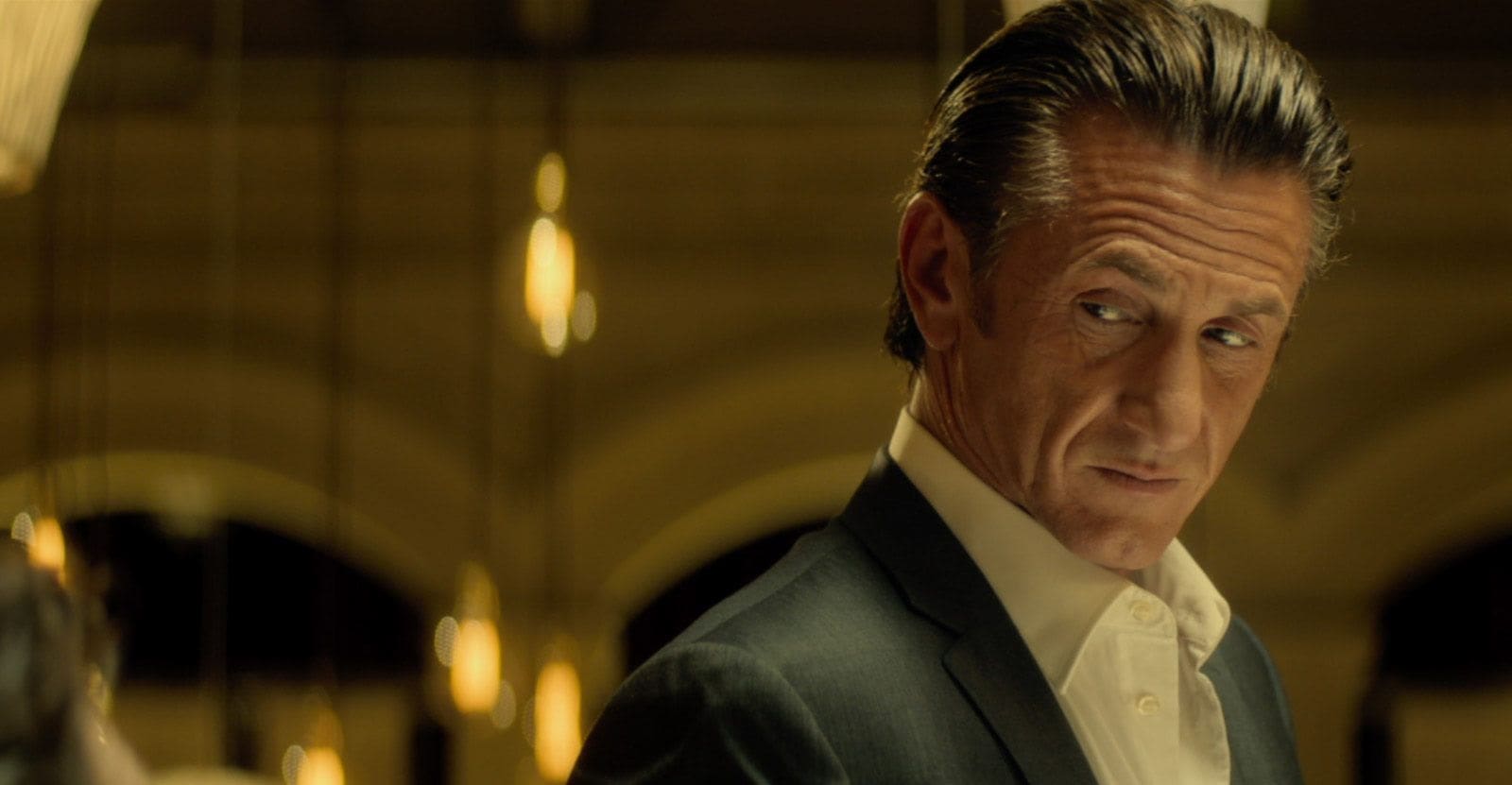 Director Pierre Morel did a terrific job making the first Taken movie.  The action was tight and well-crafted.  The story was engaging and you felt invested from start to finish.  The movie also didn’t wear out its welcome and ended on a good note.  We can’t say the same thing about the two sequels, but those were directed by Olivier Megaton, who chose to add ridiculous dialogue and sloppy action sequences to the franchise.  I had assumed if Morel had the chance to direct the sequels they would have had a higher chance of success.  After seeing his latest project, I’m not so convinced anymore.

In The Gunman a private company who hires security for foreign operations assigns several mercenaries to assassinate the mining minister in the Democratic Republic of Congo.  The designated shooter is Jim Terrier(Sean Penn) and the mission requires him to evacuate the continent when the job is complete, leaving behind his girlfriend Annie(Jasmine Trinca) and friend Felix(Javier Bardem), who oversaw the operation and intentionally chose Jim over the other shooters so he could get closer to Annie.  After eight years Jim is no longer in the kill-for-hire business and does humanitarian work back in the DRC.  When three men with weapons show up in a village specifically to take Jim out, Jim is sure it’s because someone found out who was behind the assassination.

Jim makes his way to London to visit a former coworker named Terry Cox(Mark Rylance).  Terry relayed all of Felix’s instructions to the team during the operation eight years ago and now provides his expertise for a weapons and security corporation.  Terry informs Jim that the only person who can figure out who is out to kill him is Felix, now living in Barcelona.  Jim has his acquaintance Stanley(Ray Winstone) arrange a place for him to stay while he figures out what Felix’s involvement is.  Jim not only finds out that his fellow gunmen have all been killed, and that Felix is involved, but he also realizes that Felix has since married Annie.  Felix is still jealous of Annie’s feelings for Jim and spends the remainder of his scenes drowning his troubles in alcohol.  Once the hired assassins come for Jim, after taking out Felix, he takes Annie to protect her and continues slowly sorting out the reason he is being targeted.

Sean Penn takes the place of Liam Neeson in this action film and it’s difficult to see him in this kind of role.  Much of the lines he is given would have sounded better coming from Neeson, but Penn at least delivers where the action is concerned.  Unfortunately it takes too long for that action to show up.  Instead we have to meander through the Jim, Felix, Annie love triangle before we ever get to the reason Jim is being hunted down in the first place.

We also have to deal with the brain injury Jim is diagnosed with in London.  His head trauma from previous skirmishes have caused him to faint and forget things.  He is forced to write things down, which comes in handy if you want to provide info that will bring down your enemies, but isn’t effective if you are trying to hide the friends that are helping you.  I found this affliction didn’t aid the story at all and slowed down the action scenes to the point where the film lost momentum right when it was beginning to have some.

The dialogue and plot is filled with clichés  and that wouldn’t be too bad if the movie wasn’t trying to take itself so seriously.  Javier Bardem’s character is so thinly constructed, and used so minimally, anyone could have played him.  Likewise for Idris Elba as Special Agent Dupont of Interpol.  Elba is strong in his role, but the part is just a blip in the movie.  He gives a coded conversation about treehouses to Jim.  Pretty much telling him he should cooperate to help take down the people responsible for his current situation and reveal the secret operations that Jim and his colleagues were involved in.  It’s not a bad scene, but it amounts to very little.  Ray Winstone is really the shining character in the movie as Stanley.  His surly persona provides dimension to the narrative and is even amusing.

I found The Gunman to be a lackluster effort, with the exception of the action scenes.  Sean Penn feels out of place as the lead and the movie never picks up speed the way it should.  The conclusion seems somewhat illogical, given the effort of the parties involved to remain so covert and secretive all these years, but at least they deliver a decent gunfight.  I recommend this to fans of action movies with lots of beautiful locales and chase sequences.

Synopsis: A sniper on a mercenary assassination team, kills the minister of mines of the Congo. Terrier’s successful kill shot forces him into hiding. Returning to the Congo years later, he becomes the target of a hit squad himself.