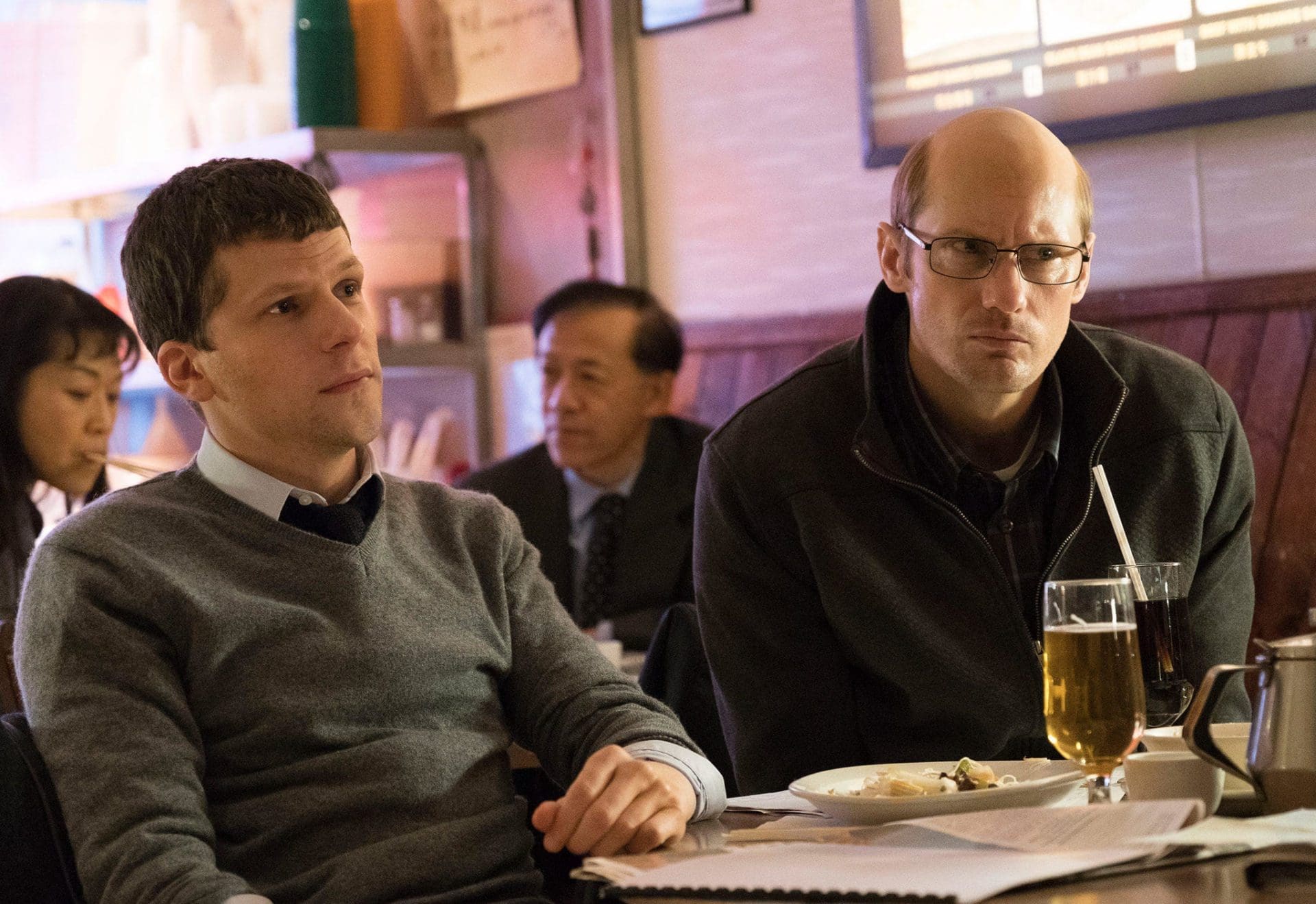 What happens when financial gains outweighs everything else? What happens when you put everything on the line to finish a project before it’s too late? The answer to these questions and more can be found in The Hummingbird Project, the latest thought-provoking film starring Jesse Eisenberg and Alexander Skarsgård. If you’ve seen most of Eisenberg’s filmography, you should already have an idea of how this movie shapes up. It feels like a strange but entertaining mix between The Social Network, The Double and Now You See Me.

The Hummingbird Project tells the completely fictional story of Vincent Zaleski (Eisenberg) and his cousin Anton (Skarsgård), Wall Street traders who make a deal with to erect a line of fiber optic cabling that runs from the New York Stock Exchange to Kansas. The trick is that the line has to be straight, which means it has to go through mountains, rivers, swamps, and under homes where people live. It’s an extremely costly endeavor, but the reward is hundreds of millions of dollars, so there’s a bit of motivation to get it done.

Mark Vegas (Michael Mando) is hired on as the chief architect of the line, in charge of drilling the hole and managing a number of teams to get the job done. Of course, this wouldn’t be an entertaining film if things were easy. The Zaleski’s former employer, Eva Torres (Salma Hayek) takes action to make things that much harder for the duo, and their main financer, Bryan Taylor (Frank Schorpion) keeps a constant watch on their progress.

This isn’t your typical thriller, but the film will have you on the edge of your seat nonetheless. As various obstacles crop up along the way, including the dire need for Anton to figure out the coding necessary to cut the data transfer time of the lengthy fiber optic line. The clock is ticking as Torres’ company is working on an alternate method to beat this data transfer time. Add to that some other issues that clog up the works, and there’s something new at every turn.

Eisenberg plays his typical role that he’s become famous for, but Skarsgård and Hayek turn in some of the best work of their careers. Skarsgård’s character is brilliant, but all that intellect comes at the price of some social awkwardness and a borderline mental breakdown. Skarsgård’s performance will have you rooting for the character, and afraid of what will become of him if the duo fails. Meanwhile, Hayek’s demanding boss figure is truly frightening in a psychological way. She plays the traditional Wall Street CEO role, but with a finesse that actually makes her threatening. It’s a thin line that Hayek balances well.

If The Hummingbird Project has one downfall, it’s the lack of stakes toward the end of the film. As the movie winds down, the tension washes away as well. There’s enough left to keep you invested, but the final 15 minutes of the film are nowhere near as intense as the rest of the movie. Luckily, it’s a small issue in an otherwise humbling film. You will care about each of these characters and not even understand why. It’s a film about financial gain that makes you ponder life and what’s truly important.

About The Hummingbird Project

Synopsis: A pair of high-frequency traders go up against their old boss in an effort to make millions in a fiber-optic cable deal.