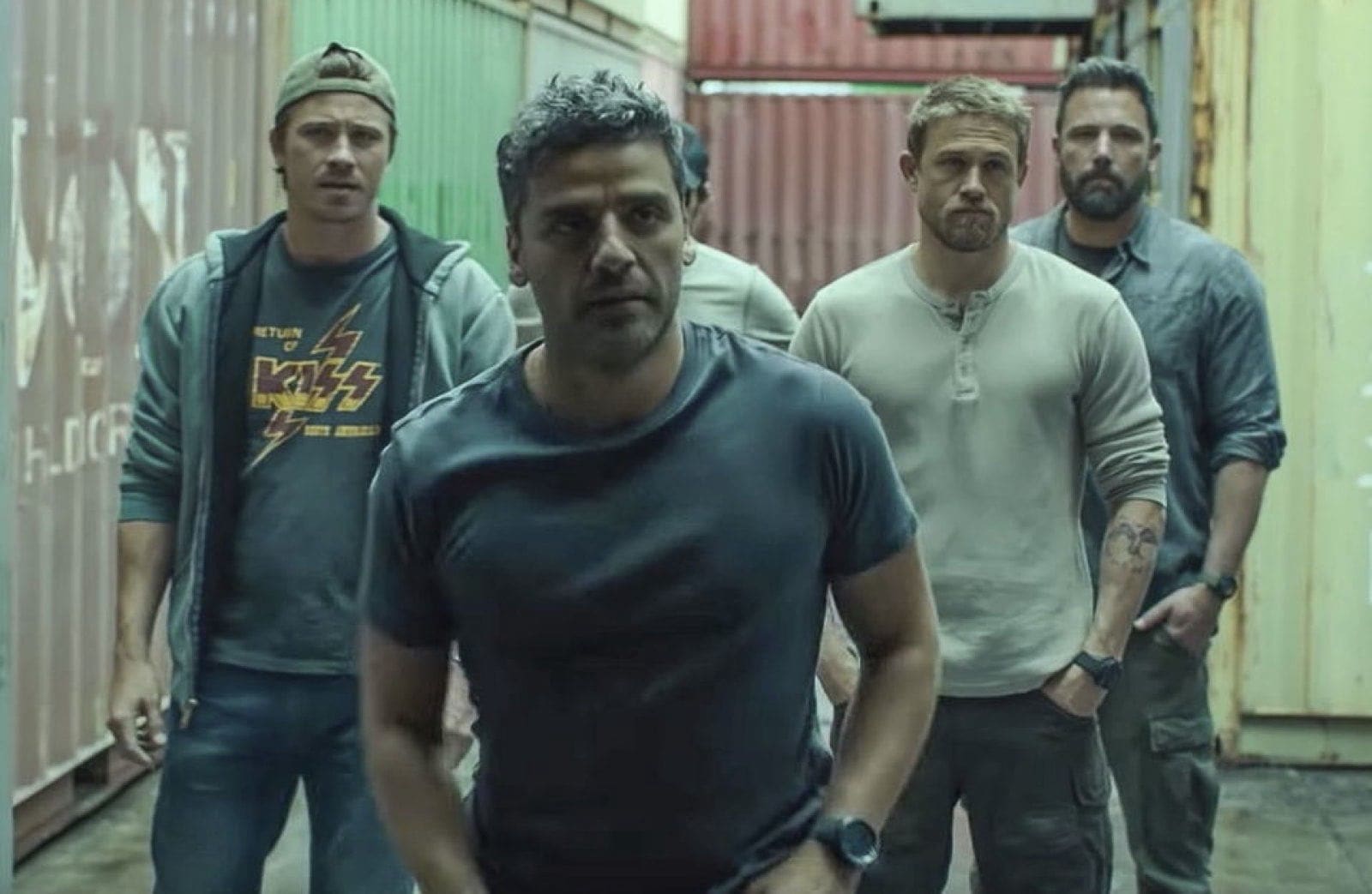 Triple Frontier is the latest Netflix film to take big name stars and place them in familiar situations. While Netflix has certain made waves with films like Roma, they’ve had a rough road in the movie industry with meme fodder such as Birdbox. Triple Frontier won’t renew your faith in Netflix’s film production capabilities, but it’s certainly a step in the right direction.

The premise of Triple Frontier is nothing out of the ordinary. A group of ex-military led by Santiago “Pope” Garcia (Oscar Issac), decide to take on a drug kingpin in a foreign country. This isn’t a US military operation, so they don’t have a safety net if things go south, but that also means they get to keep all the money they find.

Think of Triple Frontier as a military bank robbery. Joining Pope is the brains of the operation, Tom “Redfly” Davis (Ben Affleck), the pilot, Francisco “Catfish” Morales (Pedro Pascal), and the muscle brothers, Ben and William “Ironhead” Miller (Garrett Hedlund and Charlie Hunnam respectively). Once Pope has his team together, they head out on their mission.

The first half of the film doesn’t offer many surprises, but the dialogue is good and the action scenes are intense. If the movie was only 90 minutes long it might’ve been a bright spot in the dimming Netflix film library. Unfortunately, it’s over two hours long, and the film quickly begins to fall apart after the planned heist.

While Netflix subscribers will be sitting on the edge of their couches during the first half of the film, there may be some yawning and head scratching for the final hour. The film really loses it’s way after the heist, as if the creative team simply didn’t know how to wrap everything up, while still keeping tensions high.

Plot issues aside, the acting is the high caliber you generally expect from such a stellar cast. Ben Affleck and Oscar Issac are the standouts, but everyone fits their role well and delivers a quality performance. Even the dialogue is about as good as you can expect from a military heist film. It’s really only the choices the creative team made after the heist that bring the film down.

If you’re looking for a decent military film that doesn’t bring anything new to the table, Triple Frontier delivers. It’s not a bad film, it just isn’t very good either. Since this is on Netflix, you don’t have to go out of your way to see it, and it’s definitely worth a watch, even if only for a single viewing. So if you’re searching through Netflix this weekend trying to find something to watch, you could do worse than Triple Frontier.

Synopsis: Five ex-special forces soldiers plan to rob a cocaine cartel boss of all his cash at his house in the Amazon jungle area of the triple borders – Peru, Brazil Colombia. Problems arise after the plan’s initiated.

A Cure For Wellness | Movie Review