One deck concept that has been playing in the back of our minds for a while, here at Deck Lab, is land destruction.  Each set seems to have a few cards focused on it that never quite make the cut in my decks.  It has always seemed like the sort of thing you either go all in for, or don’t bother.  With a few great land destroying cards about to rotate out, ([card]Acidic Slime[/card] anyone?), I figured the time was now or never.  So, after testing and tweaking and re-testing the land destruction deck I’d been working on, I finally gave in and brought it out into the real world of a competition at a store. I went to Pop Culture Paradise on Saturday night (which happened to be M14’s official Game Day, so I got an alternate art [Card]Hive Stirrings[/card] just for showing up), and with some trepidation I entered the Scorched Earth deck in competition.

*1 Flames of the Firebrand

The basic idea is to use the mana elves (and druids) early to ramp up, use the red burn spells to take out their small early game creatures, and use land destruction to prevent them from even being able to play the big late game creatures. The concept sounds good, but in practice it was tragically insufficient.

My first opponent was a Green/White life gain deck, and the player was fairly new, but her boyfriend was more experienced and had helped her build the deck. In the first game I had 3 Forests and all red spells in my opening hand. By the time I had mana of the correct amount and color to play anything, she had big threats on the table already (too big for a [card]Searing Spear[/card] to take care of anyway) and it ended badly for me. The second game, however, had me start in more mana friendly territory and I was able to use [card]Bramblecrush[/card] and [card]Frenzied Tilling[/Card] to keep her from casting anything big. However, in game three she got a small 2 power creature with lifelink out early, then played [Card]Voracious Wurm[/card] as a 4/4 and then stacked [card]Unflinching Courage[/card] on it. A 6/6 with lifelink and trample was too much for me to deal with.

The next player was running four colors (Black, Red, White, and Blue) in a deck with lots of control and card advantage. In the opening game, I was able to get a lot of small creatures out on the table early, and he was playing a lot of lands and card draw but couldn’t find any creatures. Eventually my swarm of Elves, Slimes, and Spiders proved too much for him. Since he was running a lot of non-basic lands, I swapped in the [Card]Burning Earth[/card]s for the Spiders and an [Card]Arbor Elf[/card], and the Mountains for Guildgates. However, in game two he had counter spells for all of my land destroying tricks, card draw to keep his had full, and enough creatures to eventually win. Game 3 was much the same, with lots of counter spells to keep me ineffective. While he didn’t get as much card draw, he played a [card]Blood Baron of Vizkopa[/card] and his life gain against the few creatures I was allowed to field spelled the end for me.

The third challenger was a lot of fun, but ultimately a bigger challenge to my strategy. He played a Red, White and Black deck that took advantage of the graveyard. In the first game, he deduced that if I was playing mana ramp creatures, I had a good reason for it, and it would be to his advantage to not let me keep them.  He burned off my elves, played a [card]Blood Scrivener[/card] and a [card]Liliana of the Veil[/card] before I could get enough mana to be challenging, and Liliana forced us both to discard every turn. When we both had no cards, the Scrivener allowed him two cards each draw step to my one, and much of what he had discarded were damaging spells with flashback so his graveyard was just a big extra hand of pain. Game two, I again swapped in [card]Burning Earth[/card] because he was running a lot of dual lands and I did better this time around. He brought a [card]Blood Scrivener[/card] again, but I could Spear it away. I started to mana ramp but he cast [card]Pillar of Flame[/card] and my druid was no more. He tried to use Liliana again, but [card]Bramblecrush[/card] destroys any non-creature permanent, planeswalkers included. I played a [card]Burning Earth[/card] and gave him pause. He used [card]Faithless Looting[/card] to draw two cards and discard two. Then he paid the 5 life to tap 5 mana and cast [card]Rise from the Grave[card] on the [card]Angel of Serenity[card] he had just discarded. The angel exiled the creatures I had on the table, was too big to fall to any of my red burn, and with flying couldn’t be blocked by anything I put on the table.

A point worth mentioning: One of the problems with land destruction I had noticed early on was the difficulty it had in limiting single color decks. If the opponent is playing two or more colors and you can destroy all land of one color, they can’t play any cards which need that color. With mono-color decks, you need to remove all of their land to eliminate a color. So while it’s easy to limit the number of mana they can access, it’s nearly impossible to keep them from doing something.

My last opponent was playing a solid Black deck, built with two [card]Bogbrew Witch[/card]es, two [card]Bubbling Cauldron[/card]s, and four [card]Festering Newt[/card]s. In the first game I had creatures, burn and buff spells, but not much land destruction. I managed to get an [card]Acidic Slime[/card] buffed with [card]Shiv’s Embrace[/card] fairly early, but he had a [card]Doom Blade[/card] which put an end to the flying, fiery, death-touchy ball of goo. After that, I managed to field some good creatures, but without any land destruction, he was able to field better creatures. In the second game, I started with lots of destruction, but no creatures. [card]Demolish[/card] took out his Cauldrons and many of his Swamps fell to [card]Bramblecrush[/card] and [card]Frenzied Tilling[/card]. When I managed to get creatures on the battlefield, he was waiting with a [card]Doom Blade[/card] or [card]Quag Sickness[/card]. Neither of us was able to assemble any sizable creatures, and eventually I succumbed to a swarm of hungry Newts.

Four matches and four losses; not an auspicious start. The deck takes too long to mature, even with mana ramps. The burn removal is nice for small creatures, but if anything sizable hits the table it just doesn’t do enough. I’d played around early with a three color attempt at this, but too many hands in a row with lots of land in two colors, none in the third, and a fistful of spells requiring the third color eventually convinced me to drop to two colors. I’ve tried Red/Green and found it wanting. Focusing on a slightly different approach may yield better results in those colors.  Another route could be dropping the Red entirely and going Black/Green instead. Black has a few advantages in that [card]Contaminated Ground[/card] plays for 2, and [card]Murder[/card], [card]Doom Blade[/card], and [card]Victim of Night[/card] aren’t restricted to killing small creatures.  With many of the best land destruction cards close to rotating out, I’ll have to see if we get another chance at this deck.
As always, any suggestions are welcome. 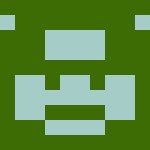