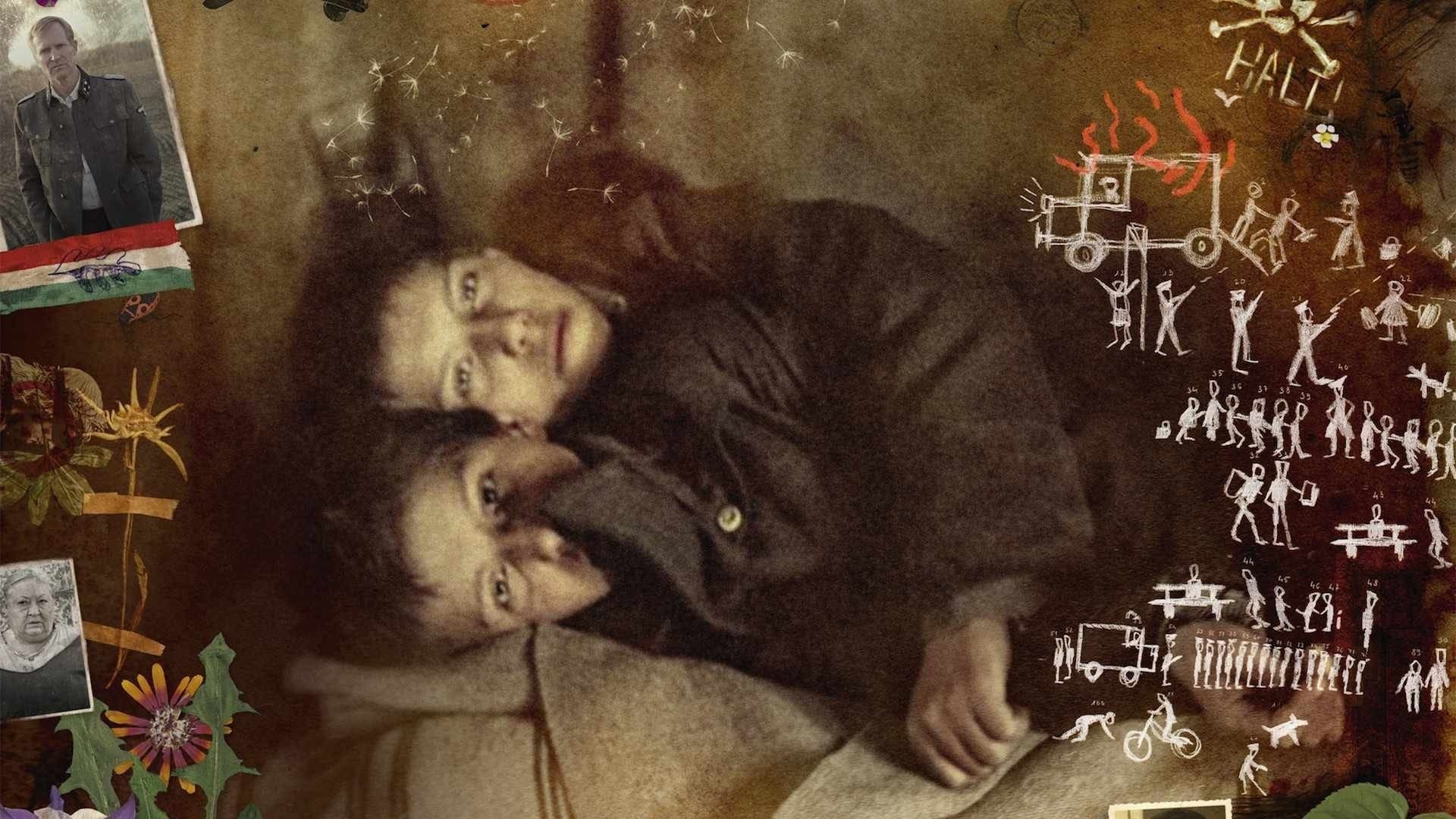 The burden of war hits children more acutely than any other group of people.  It becomes a part of them that they can’t easily cover up and those that endure either choose to run from that affliction, cope with it, or embrace it.  Choosing to overcome your debilitating trauma and face it head on can lead to drastic consequences.  In the effort to survive war, what truly remains of one’s self and how does that translate to the rest of humanity?

In The Notebook, directed by János Szász and based on a novel by Agota Kristof, two twin brothers are sent away to a small Hungarian village to live with their grandmother,  whom they’ve never met, in the hopes that they may outlive the horrors of World War II.  The grandmother has very little interest in caring for them and tries to enforce some discipline through hard labor.  Their mother leaves them with a few provisions and clothes while their father gives them a notebook with which to document their experiences while he is away fighting.  What transpires from this simple gesture of staying connected with his sons turns into a graphic diary of suffering.  It recounts the pain endured throughout their time toiling about the farm as well as in town; and what they also witness across the way in a nearby Nazi camp.  They also play host to a commanding officer of the camp who lodges on their grandmother’s property.  The position these boys are placed in, surrounded by strangers who hate them and a grandmother who barely tolerates their presence, causes them to reevaluate their situation.  Where others would cower, they choose to seek guidance through self-inflicted pain and studying the evil that surrounds them – maybe even learning from it and using it to their advantage.

First and foremost, this is a war film by every definition and, as such, is not for children. Topics such as death, rape, pedophilia, torture, psychopathology, apathy, and abandonment are explored within this surreal atmosphere.  It’s a journey of awareness that makes these boys cling to each other even tighter and share in their decision to conquer their pain, wherever it comes from.  The cold look in their eyes reflects that decision.  One scene in particular shows these brothers punching and slapping each other in order to numb themselves to the daily punishments from their grandmother and others.  It is only just the beginning of their descent into a harsh reality they now believe they have the power to control.

The real emphasis in this story is the darkness of mankind and how it manifests itself in each person.  Hardly anyone is without their share of vice or mental deviancy in this movie.  Every scene is a lesson in that regard.  The twins are focused on surviving at all costs, but they have to tackle what they believe to be flaws in their own character.  The weakness of fear and pain brought on by outside forces.  The actual war, it seems, is nothing compared to their internal struggles and eventual willingness to abandon an identity they once knew just to stay alive.  Anything that remotely causes them pain – including sympathy – is left behind at some point.  Although one particular atrocity proves their humanity does show some resiliency if at least for their own justifiable vengeance.

The main tale of a war movie is how it brings out the best in people and also the worst.  Here, the best of man is squashed by indifference almost as soon as it appears on screen.  What we are left with is a setting of perpetual real-life horror that grabs a hold of you and doesn’t let go until the credits roll.  These brothers show us what it’s like to face fear, but at a much higher cost than any of us are willing to pay.  The Notebook is a dark tale and appropriately, so given the time period.  If anything you can be sure there are atrocities similar to what these boys endure going on today and by children of the same age, if not younger.  There are no easy answers for how one copes with these scenarios; nor is it just the soldiers who have trouble finding their way back to a normal life.  You have to search within yourself what you believe and whether that belief can ever be sacrificed just to keep breathing.  Humanity is a burden you should never completely abandon, but there are no shortage of challengers to that belief.

Synopsis: Twin siblings enduring the harshness of WWII in a village on the Hungarian border hedge their survival on studying and learning from the evil surrounding them.

The Scottsdale International Film Festival Returns for the 14th Year