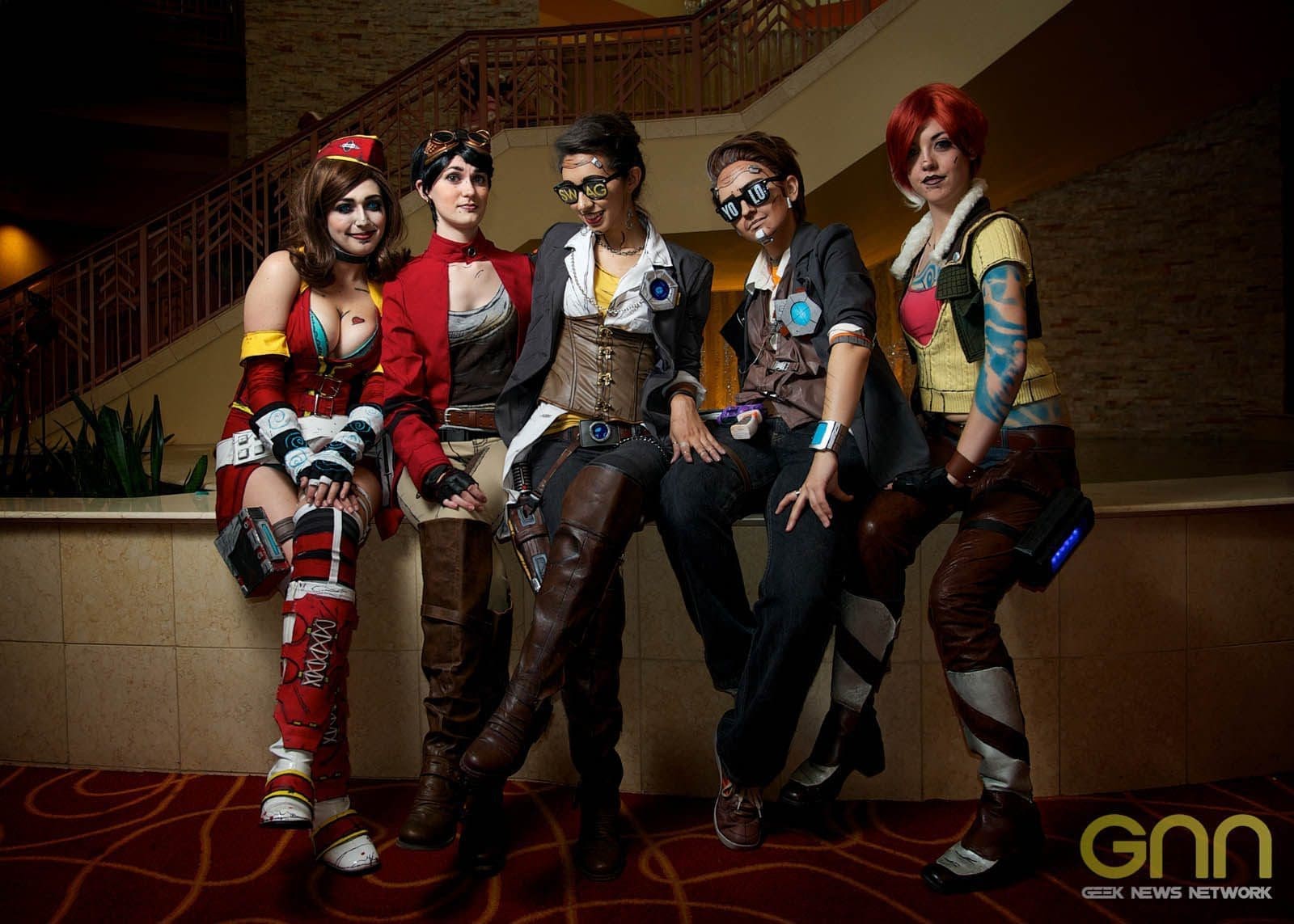 Well, another Saboten Con is over, and everyone has packed up their artist alley booths and made their way home. But, upon leaving the convention, looking at the swag we all bought and the pictures that were taken, we look back and immediately review the event. So, here is my review of a con I’ve supported since its beginning.

This is Sabo’s third year at the Renaissance Hotel and Suites, located in Glendale Arizona. The location is something I enjoyed, being someone who lives on the West side; it was nice to not have to drive very far to a con. Also, since the hotel is in a shopping center, con-goers have a large array of eating venues and shopping if they need a break from the convention. Parking wasn’t too bad; the most expensive parking I experienced was $15 for valet parking offered by the hotel.

But, moving on from location, let’s talk about the actual con. When you walk in, finding the badge pick up center was easy. They had organized lines, and people were moving along rather fast. However, I had some problems getting my media pass. It seemed people were confused about where to get it, and I got a bit of a run around before getting my pass. I was also told a lot of vendors had problems getting their passes. There was a small shortage of badges, but they ended up solving the problem quickly.

The events and the guests were probably the best part of Saboten Con. They keep it fresh, and I appreciate the fact they always try to do bigger and better things. The guests were all really kind to their fans and people enjoyed interacting with them. I had the pleasure of chatting with Giada Robin – a cosplay guest from Italy – and she was very approachable and seemed happy to be there. The panels that were run by them went smoothly, and plenty of people lined up to go watch and participate. The concerts were also something that seemed to keep people coming back for more. There were lines to see the musical guests, and people were cheering outside of the concert. It seemed everyone had a good time and enjoyed listening and rocking out to the music. On top of that, the masquerade was a big hit. I showed up a bit late for it, and it was already packed! There were gorgeous costumes and a lot of people were talking about it. From what I was told, the masquerade participation was completely full, and the winners were given some great prizes. Adding to that, Saboten Con nabbed the preliminaries for the World Cosplay Summit. Seven teams participated and plenty of people came out to see it and get the word out. Having big events like that is something I enjoy seeing. Usually this translates to the con growing, which also means that they can continue to have larger events in the future.

All in all, I would say I enjoyed my time at Saboten Con 2014. I only ran into a few problems: my pass and some problems with first-time volunteers. The new volunteers seemed confused about what they needed to do. Thankfully, most of the time, a senior volunteer would correct them. The vending hall was full of great artists and shops, but it wasn’t too crowded. There was still room to move and sit down. According to Greg, owner of Saboten Con, the convention will be moving to the downtown Phoenix Sheraton Hotel next year. I am excited to see this con continue to grow and will be waiting to see what they’ll do with it. I only see bigger and better things in their future.