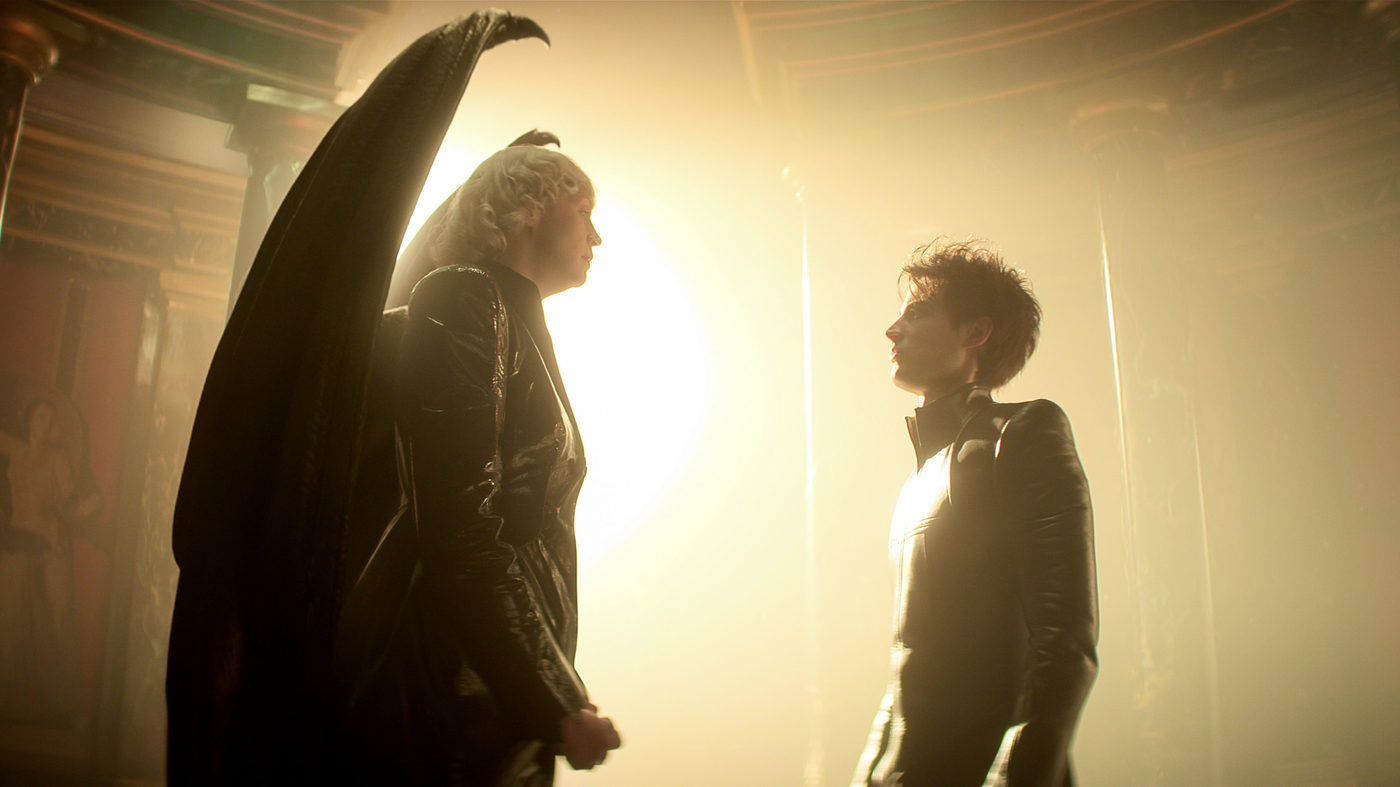 The Sandman comic book by Neil Gaiman has been extremely influential for many years. There have been multiple attempts to adapt it into movies and TV shows, some of which faired better than others, but none that would truly capture what so many people enjoyed about the comics. Now, it’s Netflix’s turn to take a stab at The Sandman, as the first 10-episode season has now been released on the streaming platform.

For as many fans as The Sandman has, there are even more people who have likely never heard of it. The first comic was released all the way back in 1989 and has captivated comic book fans for decades. It’s an intricate and lengthy read that has a lot of moving parts and has proved very difficult to adapt to other mediums.

What Netflix has done with The Sandman TV series is admirable. This is probably the best comic book adaptation fans could have hoped for, even though it takes a number of liberties with the source material. Most of the cast is spot on, with many of the actors embodying the characters from the comics, and truly bringing them to life on the small screen. It’s certainly not perfect, but it’s a great start to what will hopefully be a long-running Netflix series.

Tom Sturridge, who plays the titular character (also known as Dream), presents a damaged “person” who grows throughout the season, but still retains his sense of duty. He says so much, yet rarely minces his words, or even raises his voice. Sturridge offers a full range of emotions with very subtle changes in his tone and speech patterns. It’s an impressive performance, to say the least.

While Sturridge is the standout, the entire cast offers exceptional performances for their respective characters. Some of the cast are also underused, such as Kirby Howell-Batiste as Death, who only gets half an episode in this first season, or Jenna Coleman as Johanna Constantine, ancestor of the great John Constantine. Vanesu Samunyai struggles a bit as Rose Walker, but that’s not completely on the actress as many of that problems come from the scriptwriters, and how the series plays out. The entirety of Rose’s story played out in only the last few episodes, which doesn’t give the audience much time to care about the character.

That brings us to one of the issues with the Netflix series, how the story is told. The first half of season one plays out almost like an anthology series. Each episode has its own story that, while still connected to the larger narrative, feels mostly self-contained. This isn’t an issue by any means, and it allows many of the comic book arcs to be told with care and completeness, but the best stories come during the first half of the season.

By the time the series gets to the Dream Vortex story, which is the main crux of the first season, all of the best stories have been told. While each one seemed to get a single episode at best, here we have the Dream Vortex story that received four episodes and isn’t really all that interesting the way it’s told in the series. Aside from some character growth for Dream, and wrapping up the current storyline for The Corinthian (Boyd Holbrook), it doesn’t spend enough time with the newly introduced characters.

In a vacuum, and given a bit more time getting to know Rose (instead of trying to introduce 10 characters all at once), the Dream Vortex story would be fine. However, when it’s supposed to cap off the season, and takes up significantly more time than any of the other stories in the first season, it feels a bit lackluster. Unfortunately, there really wasn’t a better way to tell this story, unless the creative team wanted to weave some of the other stories into the last few episodes or spend more time getting to know Rose before she has to deal with the Dream Vortex. That would require jumping back and forth in time, and risk confusing the audience, so it’s understandable why this decision was made, it just would’ve been nice to get a more impactful ending, even with the Dream Vortex story.

As a whole, the first season of The Sandman is a worthy adaptation of the beloved comic book. It falls short in some areas, but greatly exceeds expectations in others. It’s a heavy, relatively philosophical take on well-known mythologies, with magic and fantasy worlds intertwined, and brings everything together in a satisfying package.

Comic book purists may take issue with some of the changes in the first season of The Sandman, but overall it’s quite well done. If Netflix greenlights a second season, it does seem as though they’re heading in a completely new direction, moving even further away from the comics, but we’ll have to see how the creative team handles that when season two arrives.

Synopsis: Upon escaping after decades of imprisonment by a mortal wizard, Dream, the personification of dreams, sets about to reclaim his lost equipment.