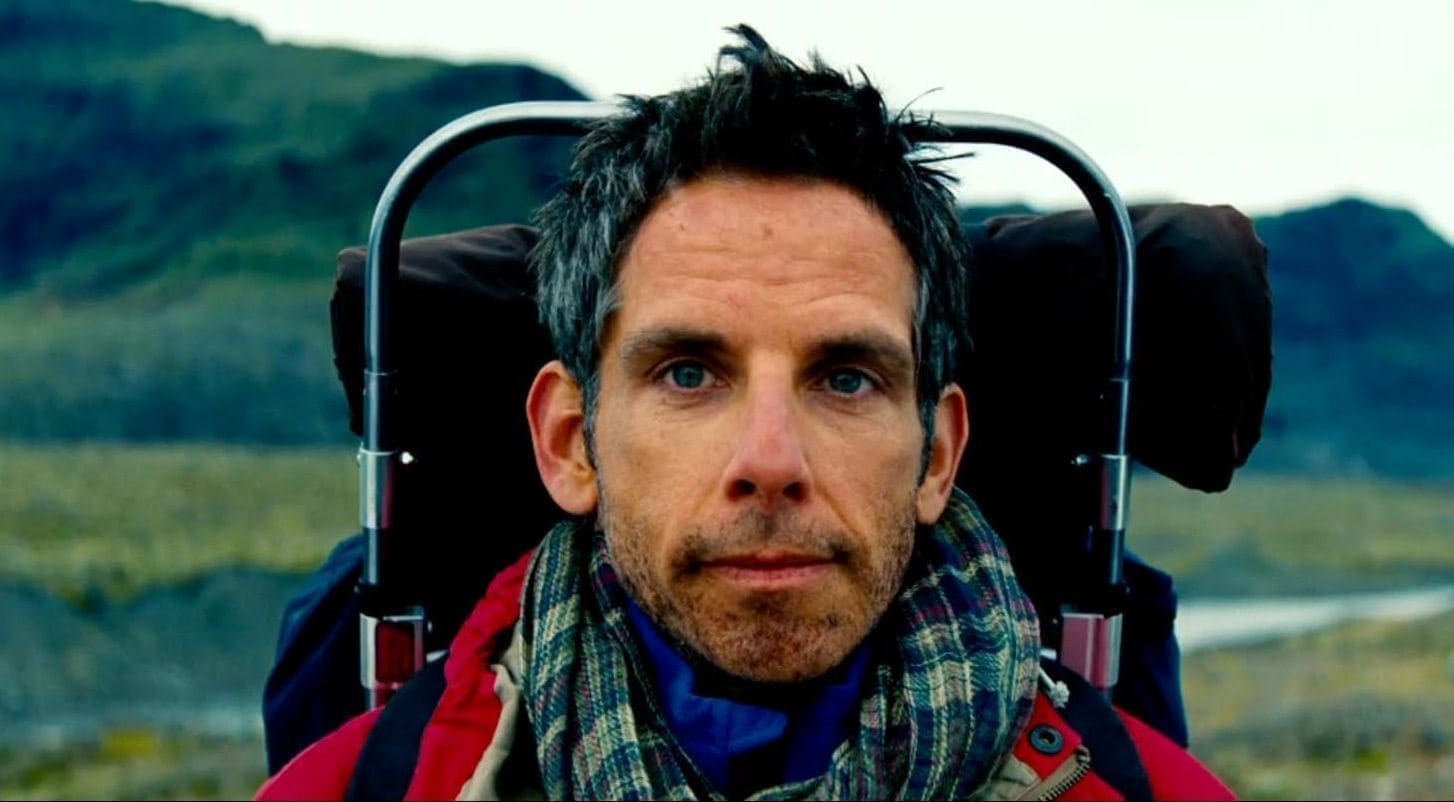 Do you imagine outlandish scenarios in your head, things that you would never say, or do, but wish you could? Then you and Walter Mitty have a lot in common.

Walter (Stiller) is a painfully shy employee at Life magazine, which will be closing it’s doors after producing one last issue. He spends large parts of his days fantasizing about doing and saying the things he never would in real life. After receiving a roll of negatives from famed photojournalist Sean O’Connell (Penn), along with a note saying that one shot in particular captures “the Quintessence of Life magazine” and should be used for the magazine’s final cover, Walter discovers that the particular shot is missing from the roll. Time is against him to find the missing negative, as he goes in search of it.

On the surface, it seems like an interesting story. Shy, reluctant guy goes on an adventure. Delve deeper, though, and it just might make you reexamine your own way of living. Walter Mitty is, I think, so much like us. He gets up, goes to work, goes home, goes to bed, then does it all again the next day. He escapes his social-anxiety-ridden interactions by drifting off into a daydream, where he is powerful, strong, desired. Everything he isn’t. But then circumstances force him to live his daydreams, to go out of his comfort zone and really live. How many of us just go through our days, playing out conversations in our heads that we’ll never have, or dreaming of places to go, that we never will? We escape into fantasy, and avoid taking any risks. And that’s Walter, before he’s forced to change.

This isn’t a comedy, really. There are funny moments, but it’s really an exploration of the Life motto: “To see things thousands of miles away, things hidden behind walls and within rooms, things dangerous to come to, to draw closer, to see and be amazed.” Stiller was really impressive in this mostly serious role. No Zoolander here. Wiig as the love interest was likable and endearing, though she mostly serves as catalyst for Walter’s transformation. Sean Penn’s small role was fantastic, both funny and poignant.

The pacing was sometimes a little off-kilter, but it seemed to fit, since Walter is kind of an off-kilter guy. The action scenes, though, and the street fight specifically, are awesome. Very entertaining visuals, there.

It’s not the best movie ever. Not even the best movie this year. But it’s got a message, and it shows you, rather than tells you repeatedly. In the age of information overload, being able to take a step back and really enjoy the view is a nice treat. And a movie that you might end up thinking about for the next few days, and that might get you thinking about your own way of living, well, that’s not a terrible thing.

For it’s poignancy, for the introspective nature, and for some really beautiful locales, I give The Secret Life of Walter Mitty…

About The Secret Life of Walter Mitty

Synopsis: A day-dreamer escapes his anonymous life by disappearing into a world of fantasies filled with heroism, romance and action. When his job along with that of his co-worker are threatened, he takes action in the real world embarking on a global journey that turns into an adventure more extraordinary than anything he could have ever imagined.

Writers: Steve Conrad (screenplay/screen story), James Thurber (based on the short story by)