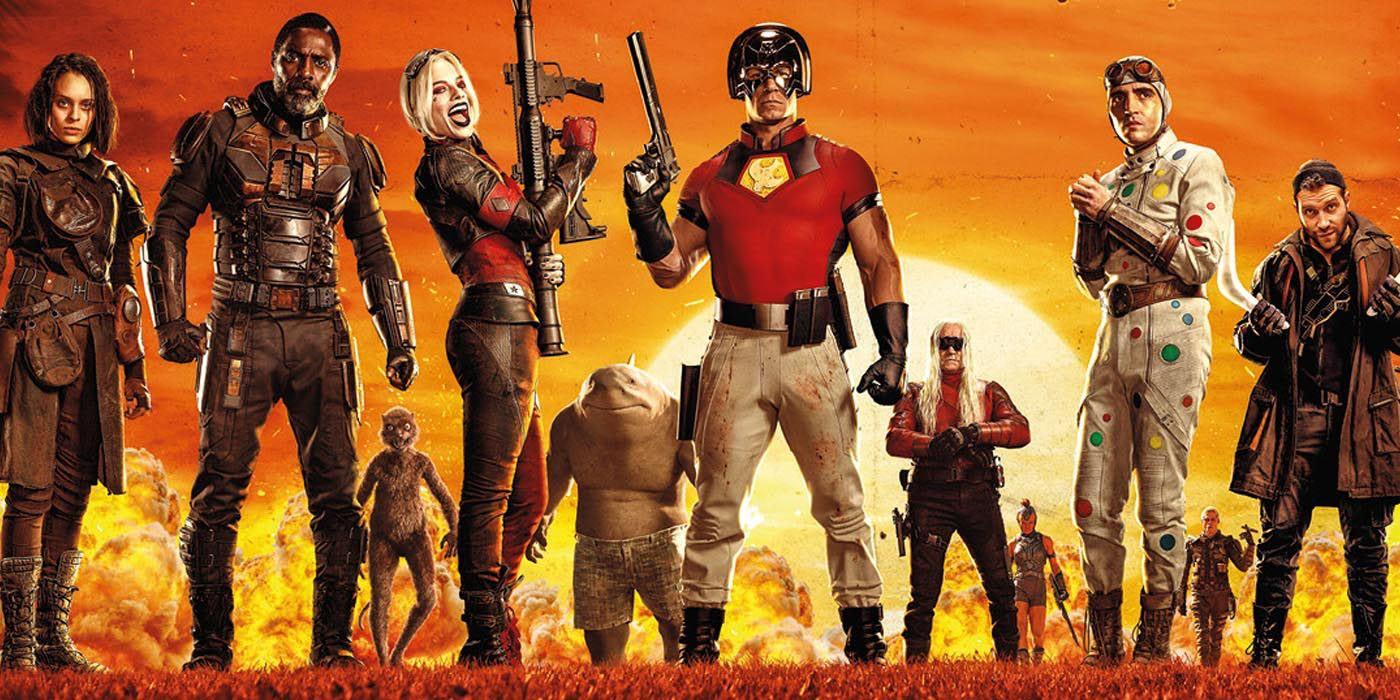 The Suicide Squad is by far DC’s finest film to date. Yes, you read that correctly. That DC. The same DC that brought us such duds as Green Lantern, Bat-Fleck, and ironically the first Suicide Squad movie. To be fair, there have been a few solid additions peppered throughout like Wonder Woman, Shazam, and Aquaman. However, this makes the DCEU (DC Expanded Universe) so frustrating to follow because of that lack of cohesiveness and uneven storytelling to the overall film universe, unlike Marvel Studios that churns out films like a well-oiled machine.

Yet, THE Suicide Squad, being a standalone film that isn’t entirely a reboot but also not entirely a sequel, spits at that lack of cohesion and just tells a great comic book story only a fan of comic books can tell. The director, James Gunn, yes that same director of the Marvel Studio’s Guardians of the Galaxy films you may have heard about, does this with action-packed gore abound, raucous humor, and a touch of heart that only he can deliver. DC failed for many years at trying to emulate the Marvel formula but it appears, after borrowing one of Marvel’s brightest and imaginative minds in Gunn, they have found a formula that can work for them.

The film kicks off with Task Force X, a squad of inmates from Belle Reve penitentiary, who are sent to the South American island nation of Corto Maltese after the government is overthrown by an anti-American regime. Under orders from intelligence officer Amanda Waller (Viola Davis), the squad is tasked with destroying Jötunheim, a Nazi-era laboratory that holds a secretive experiment known as “Project Starfish”.

Meanwhile, Harley Quinn (Margot Robbie) from the first team is taken prisoner by the Corto Maltese government, who are plotting to use Project Starfish against other nations. The squad accomplishes their next objective of capturing The Thinker (Peter Capaldi), a metahuman scientist in charge of Project Starfish, while also joined by Harley when she escapes the Corto Maltese government. This all sets up the plot of The Suicide Squad and the eventual showdown with the film’s big baddie.

If there was any lull in this film, Gunn expertly spent it on heartfelt moments that brought levity to each character’s motivations for risking their lives on this suicide mission. Even so, you never felt like the movie ever slowed down one bit, with action-packed scenes from the onset of the film all the way to the very end. The only notable fault to mention at all about the film is that you wanted to spend more time with the crazy hero/villains that didn’t get enough screen time.

There’s no sugar-coating the fact that DC has a spotty track record adapting their comic book stories to the big screen. Nevertheless, after much experimentation, it appears they have found success in telling standalone stories like Joker and now The Suicide Squad. Crazy how well-received a movie can be if done by individuals that understand the source material as well. This is the must-see movie of the summer bar none (well, maybe Dune for you sci-fi fans out there). Here’s to hoping that they can reproduce the devil-may-care attitude of this film, spit on the established formula, and just keep making good comic films.

About THE SUICIDE SQUAD

Synopsis: Supervillains Harley Quinn, Bloodsport, Peacemaker and a collection of nutty cons at Belle Reve prison join the super-secret, super-shady Task Force X as they are dropped off at the remote, enemy-infused island of Corto Maltese.